Home » Food & Drink » From gin to IPA, the best LGBTQ+ tipples to buy this Pride month

From gin to IPA, the best LGBTQ+ tipples to buy this Pride month 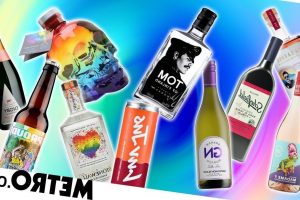 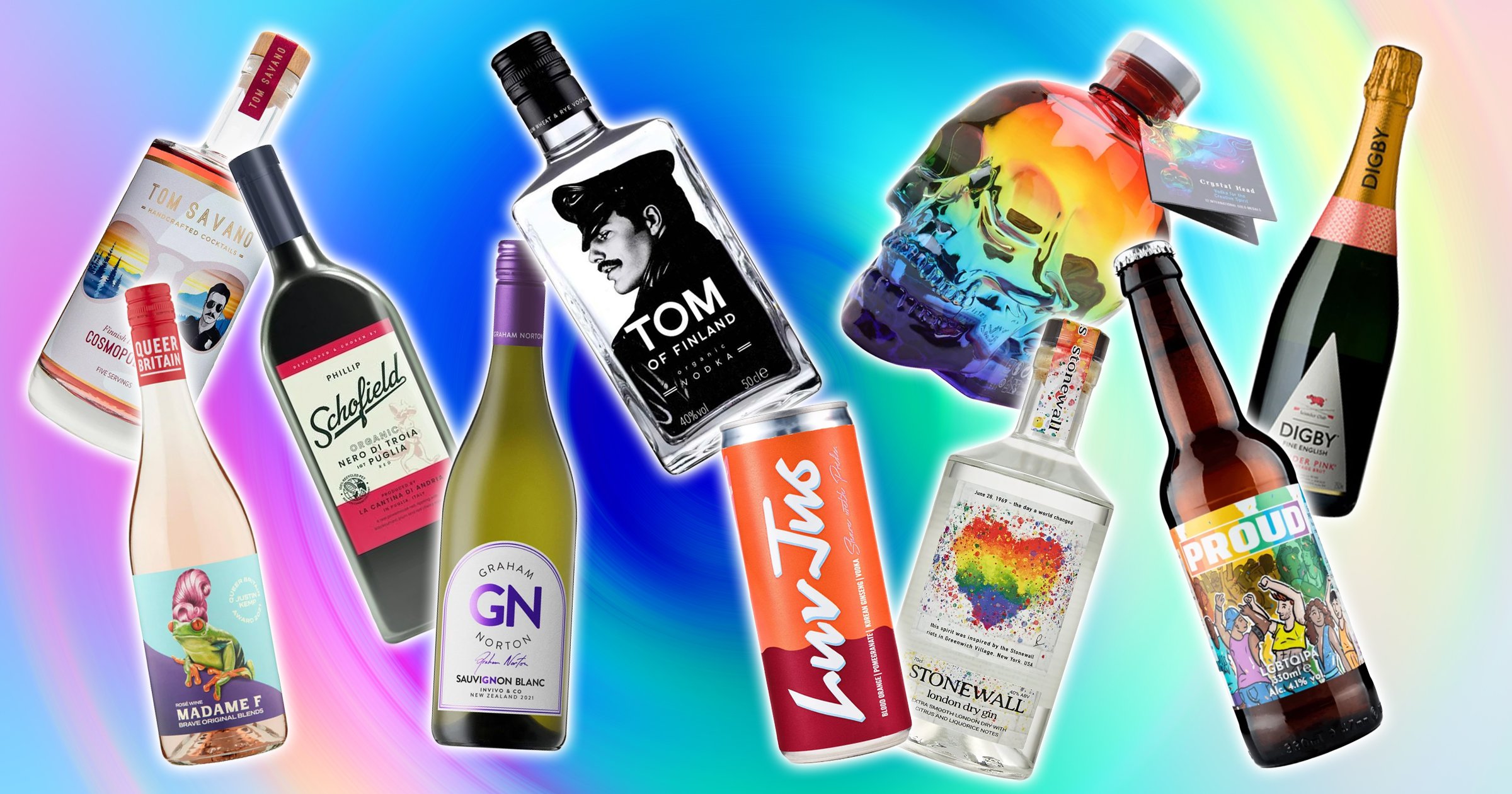 If you’re starting to get bored of your go-to wine, or have just got to the end of that bottle of gin, why be dull and get the same again?

This Pride month there are loads of LGBTQ+ inspired drinks to get you in the spirit.

So whether you’re after a Stonewall gin or a loud and proud IPA to see you through June, we’ve got the down-low on the best themed tipples available to buy right now.

So get your shopping list out and be inspired. Alcohol doesn’t have to be boring, so wine not?

He’s the host with the most… alcohol named after him, apparently. From gin, and prosecco to red, white and rosé wines, the man has quietly turned into a booze mogul.

This sauvignon blanc from New Zealand is decent by any standards, full of tropical fruit, gooseberry and grapefruit flavours, nailing the nuances we’ve come to love from the Marlborough region.

Allegedly, Graham is heavily involved in the blending process, so it’s a celebrity wine with a difference.

Buy it for £7 from Iceland.

Susy The Frog is welcome anytime, blonde wig, earrings and all. While we’re at it, so is the Madame F wine range, created by Queer Britain in conjunction with legendary design agency, M&C Saatchi.

It opened in May, and what with this juicy, dry Grenache and Syrah rosé, they should be very proud.

When Phil bravely came out on national TV, he probably needed a sip of his own Italian wine to steady his nerves, if it hadn’t been the morning.

He’s teamed up with When in Rome, the eco boxed wine brand that’s recently pioneered this PET bottle, thin enough to slide through your letter box.

It still contains 75cl of Puglian red wine, which is stuffed full of raspberry and violet notes for some barbecue-friendly sipping.

Couples who make wine together, stay together. That’s certainly the case here, when Jason Humphries and Trevor Clough decided to start a luxury English sparkling wine business after choosing a champagne for their wedding.

They partner with quality grape growers in Kent, Sussex and Hampshire to snag the finest fruit, while outsourcing production.

This strawberry-stashed 50% pinot noir sparkling is all straw hats and stripey blazers, aptly named after the member’s club on the Thames.

Buy it for £34 from Digby Fine English.

I recommended this in my Valentine’s Day column. Well, why wouldn’t I? It’s so loved-up, with its founder, Joe Wilson, giving to LGBTQ+ charities via a ‘drink and donate’ plan, raising money for Stonewall UK.

It also makes a mean G&T. The name is inspired by the Stonewall Riots of 1969, while the gin is produced in Joe’s family distillery in Skegness.

Buy it for £38 from Harvey Nichols.

I’ve picked this purely for the vodka, OK? Nothing to do with the cartoon biker hunk on the label. Not that Tom of Finland cartoons were anyone’s first awakening, ahem.

Produced by the second oldest family-run company in Finland, the vodka is made from the finest organic wheat rye and arctic water for a smooth yet lightly spicy take on a Cosmo.

Proceeds go to the Tom of Finland Foundation.

The skull gets a rainbow. Dan Aykroyd’s vodka is creamy and lightly spicy, made from Newfoundland water, distilled four times for crystalline purity with the final distillation through Herkimer diamonds.

Part of the profits go to Kaleidoscope Trust charity.

This one puts the ‘session’ in ‘session IPA’, straddling an IPA and Pale Ale in style. It’s the best of both, all the hoppy character but slightly lighter in alcohol.

Launched by boyfriends Ethan and Sören, who were frustrated by pink-washing in the industry and wanted to be the real deal. They work hard on their charitable endeavours, donating 20p to LGBTQ+ charities on every bottle sold.

This is surely the plot to a heartwarming LGBTQ+ Netflix series. Two housemates go to their first international Pride, find their community but nothing they want to drink, so they create their own canned alcopop.

Could it be called ‘Heart-popper’? Thanks to Owen and George, we have LuvJus, an alcoholic craft pop that’s natural and low sugar.

The other can is pineapple, mint jasmine and Korean Ginseng, both come with a cleansing kick of vodka.

Buy it for £3 from Harvey Nichols.

I mention the Cosmo in my Tom of Finland vodka recommendation. If you can’t be fussed to make one from scratch, here’s one Tom Savano made earlier, using said vodka.

Fittingly, the Cosmopolitan was conceived at the start of the Gay Rights movement, made famous by Carrie Bradshaw, who is rarely seen without one in her immaculately manicured hand.

This boozy icon of empowerment is tart, sweet, sour and creamy, just as it should be.

This article contains affiliate links. We may earn a small commission on purchases made through one of these links but this never influences our experts’ opinions. Products are tested and reviewed independently of commercial initiatives.

This year marks 50 years of Pride, so it seems only fitting that Metro.co.uk goes above and beyond in our ongoing LGBTQ+ support, through a wealth of content that not only celebrates all things Pride, but also share stories, take time to reflect and raises awareness for the community this Pride Month.

And we’ve got some great names on board to help us, too. From a list of famous guest editors taking over the site for a week that includes Rob Rinder, Nicola Adams, Peter Tatchell, Kimberly Hart-Simpson, John Whaite, Anna Richardson and Dr Ranj, we’ll also have the likes Sir Ian McKellen and Drag Race stars The Vivienne, Lawrence Chaney and Tia Kofi offering their insights.

During Pride Month, which runs from 1 – 30 June, Metro.co.uk will also be supporting Kyiv Pride, a Ukrainian charity forced to work harder than ever to protect the rights of the LGBTQ+ community during times of conflict, and youth homelessness charity AKT. To find out more about their work, and what you can do to support them, click here.