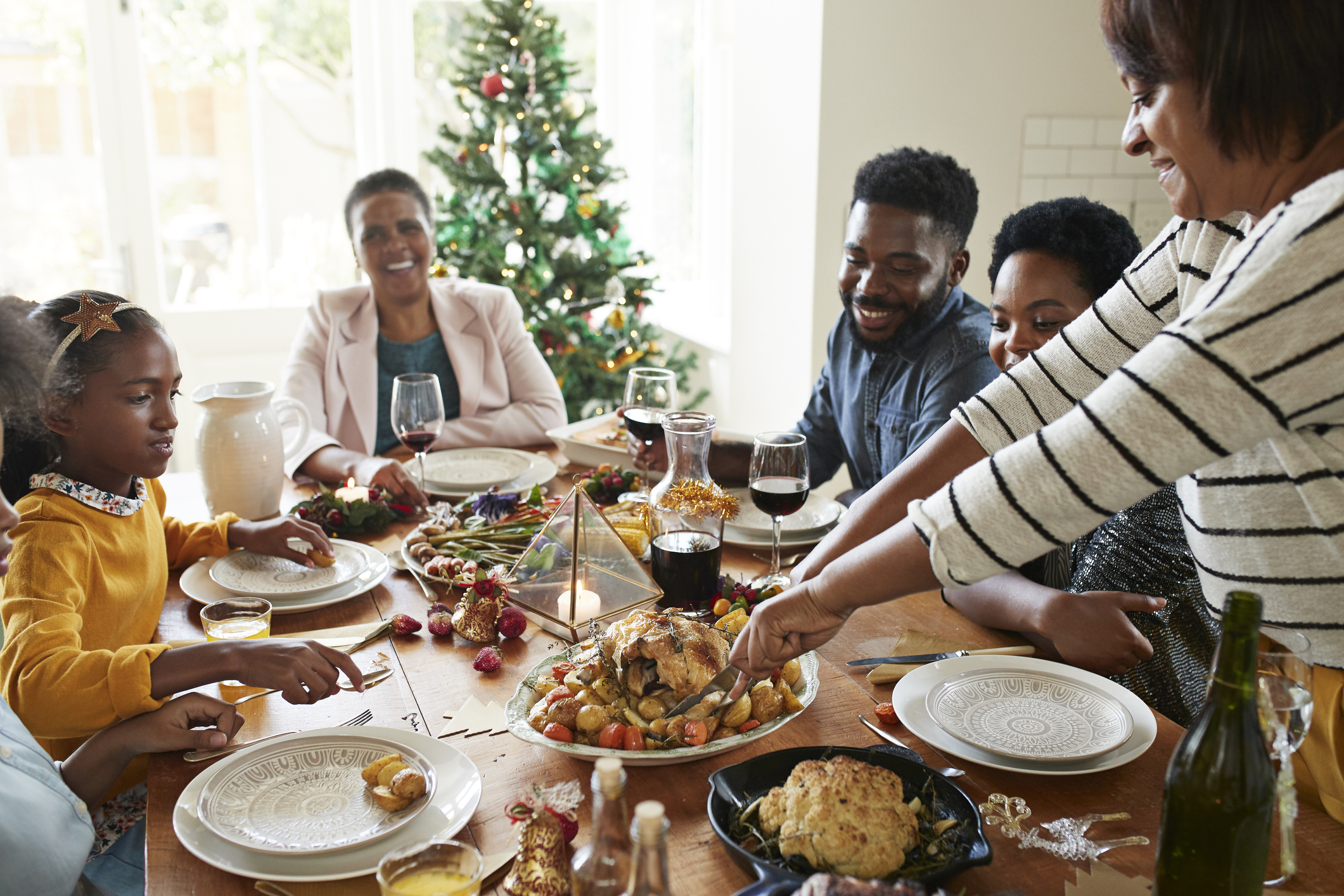 No, we don’t mean growing your own turkey.

Samantha Jones, gardening expert at MyJobQuote.co.uk, had given us some advice on how to grow other key parts of your Christmas dinner – from potatoes to sage for the stuffing.

Sure, it might be a little late to get growing for this year’s meal, but with these tips, your 2022 Christmas dinner will be bursting with home-grown goodness.

First, let’s start with potatoes – the cornerstone of any roast dinner.

‘To grow your own,’ Samantha says, ‘you’ll need to plant the potatoes in a deep (at least 15cm) tub of multi-purpose compost in late April or early May.

‘Let them stand in a cool, partly shaded position until they resemble chitted potatoes, i.e., when about half of the tubers have shoots and the remainder have swollen and formed buds.

‘The following two months can be spent enjoying the leaves, the flowers, and the young fruits.’

You can buy special ‘seed’ potatoes that are specially bred to be planted, and according to the Royal Horticultural Society, they’re usually available after late winter.

To grow carrots, Samantha recommends sewing the seeds in late September or early October so the plants have enough time to grow to a good size before Christmas.

‘Rooted vegetables such as carrots should be planted in a 30cm-by-30cm deep box approximately one month before the forecast last frost,’ she adds.

‘The rest of the compost should be sieved to a maximum three mm particle size and mixed with grit or sharp sand from your nearest builder’s merchant so that it absorbs water but still maintains good drainage.’

If you’re a leek fan, you’re in luck, as Samantha tells us growing them isn’t that hard.

‘Great for flavouring stews and casseroles, they require a container that is about 18 inches deep,’ explains Samantha.

‘Growing leeks is not too difficult, but you should sow your seeds from mid-March to mid-April so that they have time to grow properly before the winter frosts arrive.’

A beloved addition to stuffing and the turkey itself, growing sage is easy but can take a little while.

Samantha says: ‘A hardy perennial plant, the aromatic leaves and flowers make it an attractive addition for your container herb garden.

‘Sage is a slow starter from seed, so it’s best to start sowing in April to guarantee Christmas flavour.

‘It is very easy to grow and prefers a well-drained compost with some moisture and can grow in a container placed in either a sunny or shady position.

‘It is an excellent companion plant for other kinds of herbs like thyme, parsley or oregano as well as any vegetable plant or tomato plant.’

And finally, if you want to make your own cranberry sauce, Samantha has advice says they can be picked from late September to mid-October.

‘Cranberries grow like weeds,’ she says, ‘and they make excellent barriers between other plants you want to protect, like lettuces. They’re easy to grow in large pots.

‘The trick is that they require acidic soil. You can mix in pine needles or oak leaves with the compost to give the soil that correct acidity level.’

She also recommends collecting rainwater in a water butt or bucket to water them with.