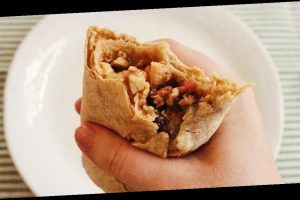 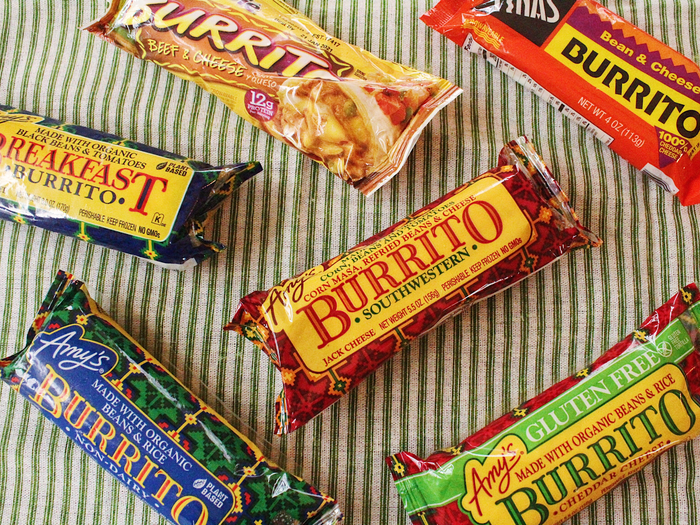 In my opinion, the least impressive burrito I tried was Tina's bean and cheese burrito. 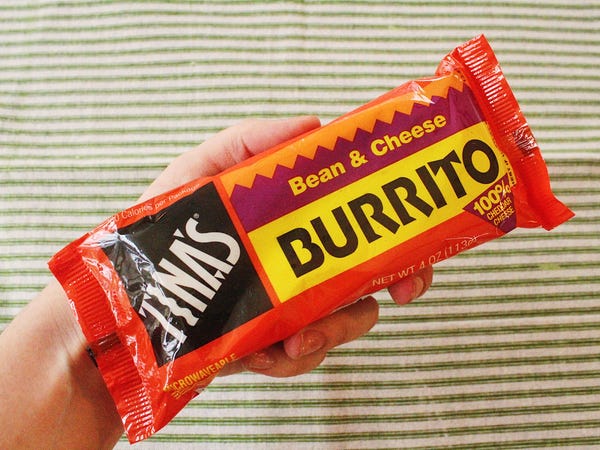 The small tortilla-wrapped burrito was unassuming at first glance. 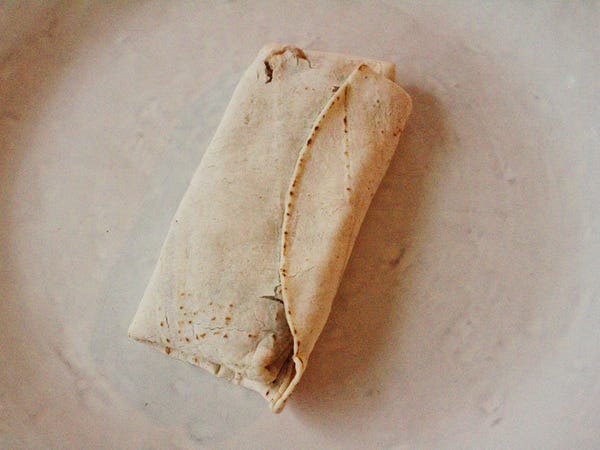 It was thin and slightly crispy in texture. 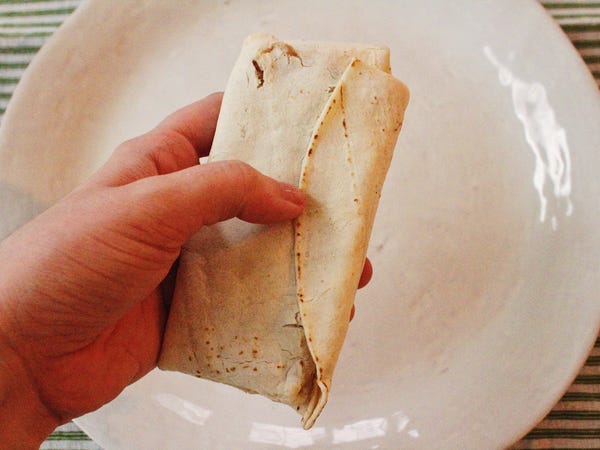 Even though the front of the burrito’s packaging only touted two main ingredients, I was expecting it to feel at least a touch more weighty.

Biting in, I tasted practically nothing. 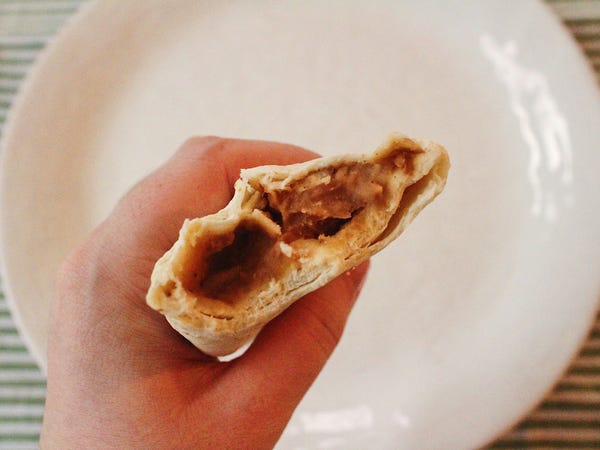 It wasn’t bad, it was just bland. I didn’t get any cheese flavor at all, just a mouthful of refried beans that lacked any flavor.

If you’re looking for a frozen burrito loaded with flavor, this one is a miss for me. However, for just two quarters, I don’t know what more I expected.

José Olé's beef and cheese burrito was just average, in my opinion. 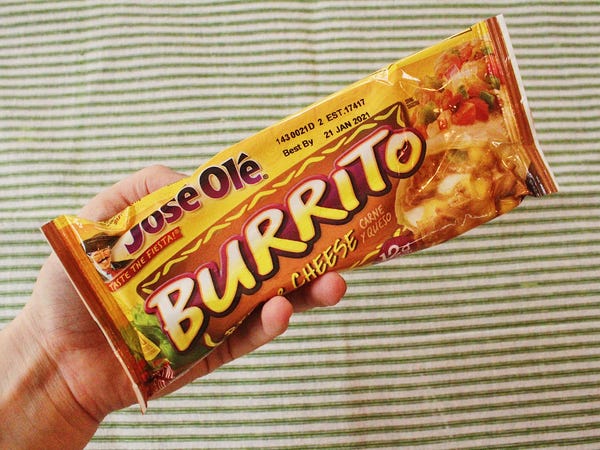 The small folded burrito took one minute and 45 seconds to heat up in the microwave. 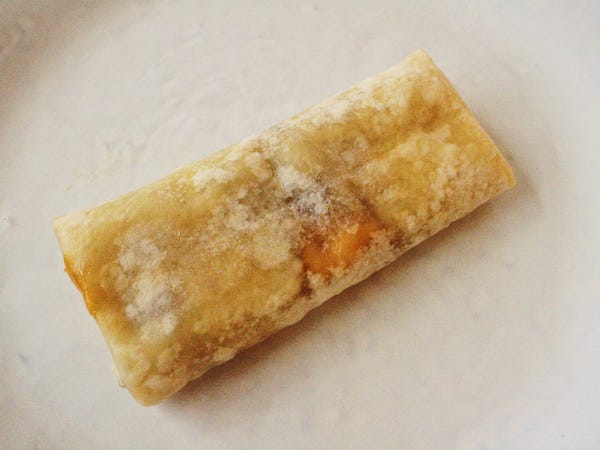 Its tortilla was on the thinner side and it looked slightly transparent when I retrieved it from the microwave.

The tortilla felt slightly hard and was coated in a light layer of moisture — what I discovered to be oil. 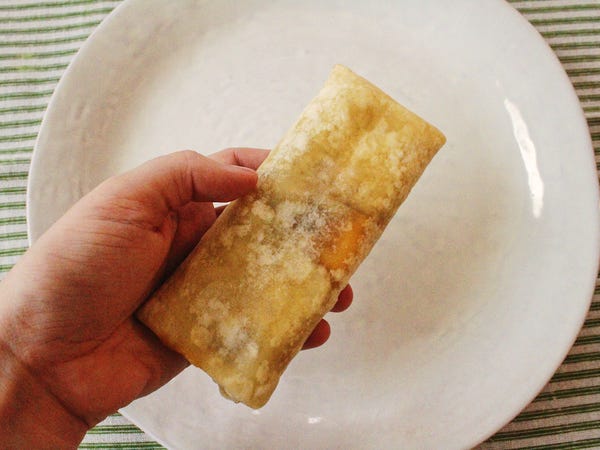 Biting in, it tasted good but was somewhat mysterious in terms of flavor.

The cheese was perfectly gooey and melted. 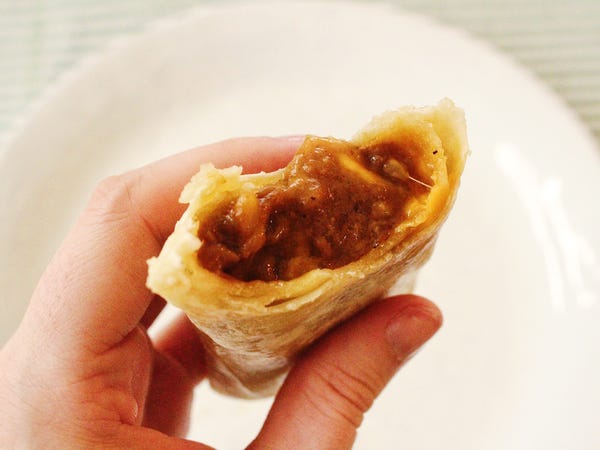 However, the meat, described as “carnitas” on the packaging, was covered in so much sauce it tasted mushy. I could have used more meat, less sauce, and perhaps something to up the “freshness” of the burrito, like pico de gallo or other vegetables.

This was your standard frozen burrito — nothing more and nothing less. 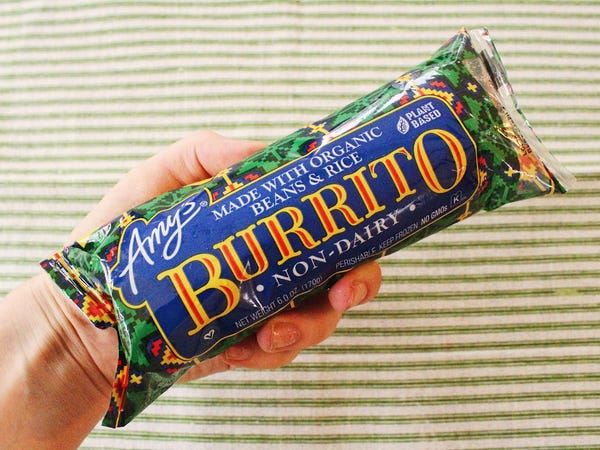 The tortilla was thicker and was much less oily after emerging from the microwave than the José Olé burrito. 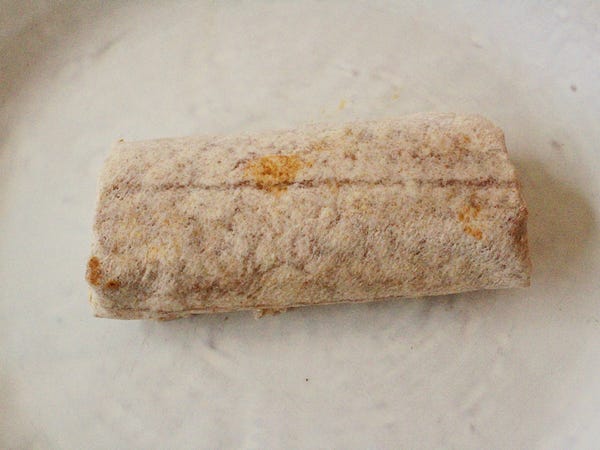 It wasn’t soggy at all and held its contents nicely.

The burrito was about the same size as the José Olé burrito but was heavier. 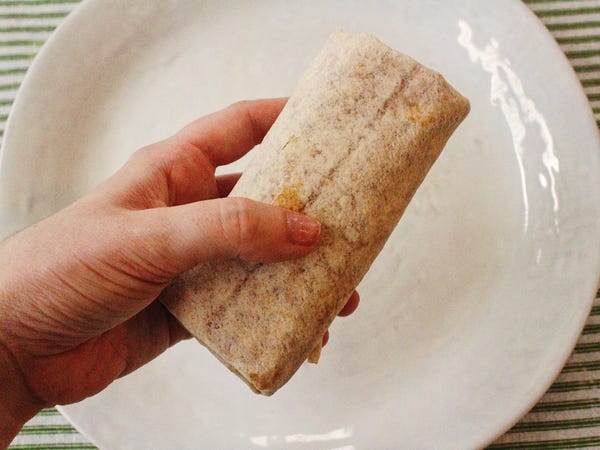 It weighed 6 ounces instead of 5 ounces.

The beans were flavorful and tasted fresh. 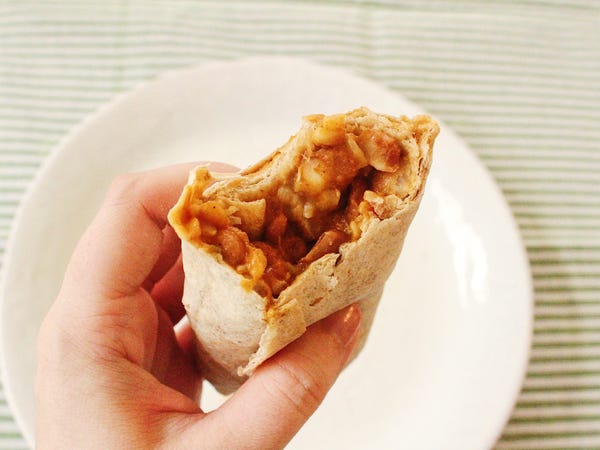 The burrito wasn’t too saucy, and I could taste all the ingredients. It was filling and satisfying.

However, I could have used just a little bit more rice — I felt that the beans almost overpowered it. I also noted that, without cheese, the burrito tasted a touch bland. 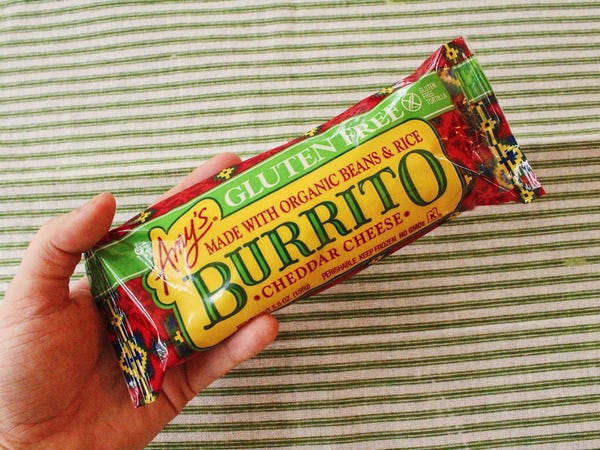 The gluten-free tortilla was starkly different than the others. 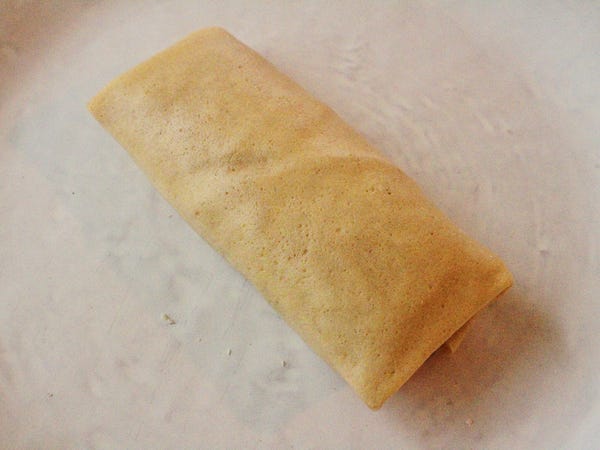 It didn’t have that signature flour tortilla texture, and felt slightly sticky and wax-like to the touch. 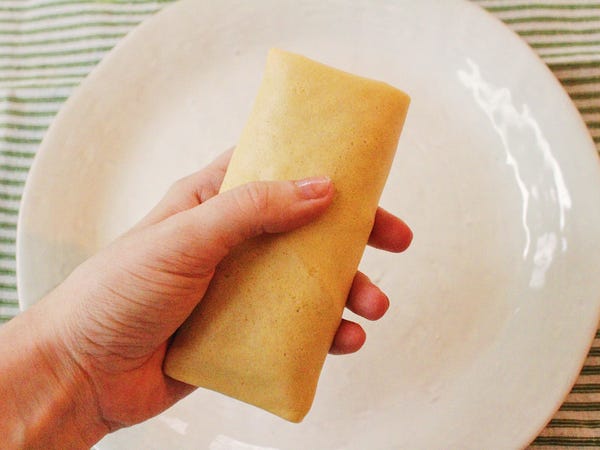 I was excited to see if the gluten-free burrito would top the other beans and rice burrito from Amy’s.

Shockingly, it tasted more flavorful than the regular beans and rice burrito. 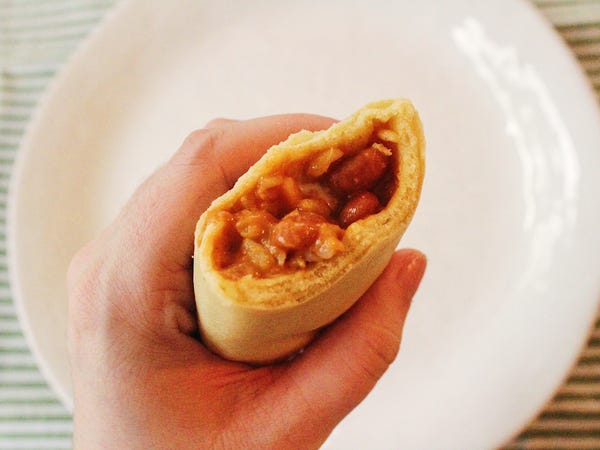 The beans were just as tasty, but the addition of cheddar cheese rounded out the burrito. I didn’t mind the gluten-free tortilla at all. Though not as flavorful perhaps as the flour kind, it held its shape perfectly and was just fine in terms of texture.

Amy's Southwestern burrito was a favorite. 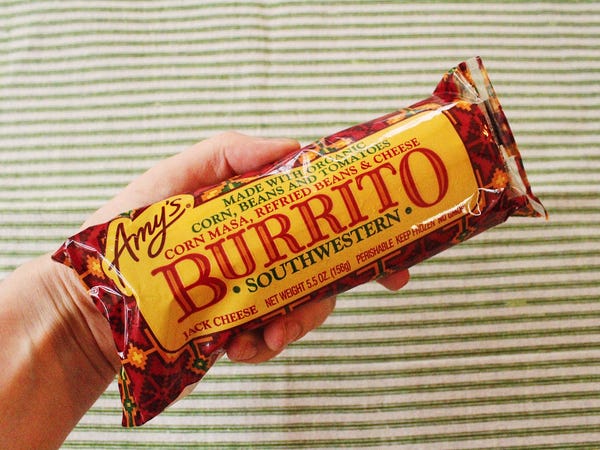 This burrito boasted corn, refried beans, and tomatoes as its main fillings. 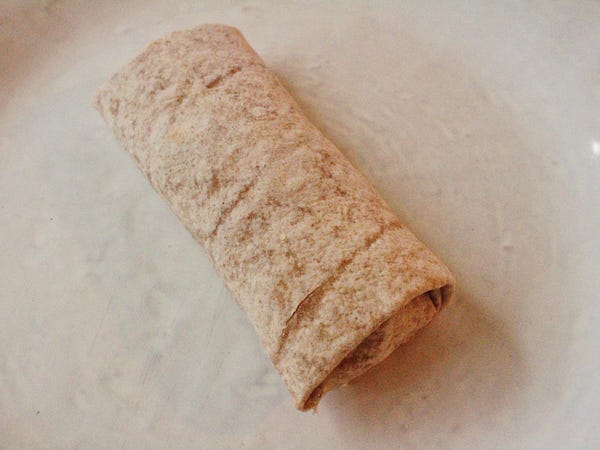 Out of all the burritos, I wanted to try this one the most, as it had the most main ingredients of what I’d consider a classic burrito.

I was a little confused about why this one weighed slightly less than the other similar Amy's burritos. 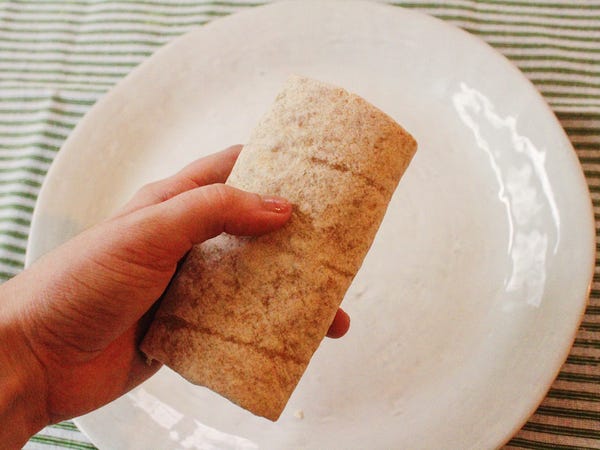 The burrito was overflowing with delicious puree and beans. 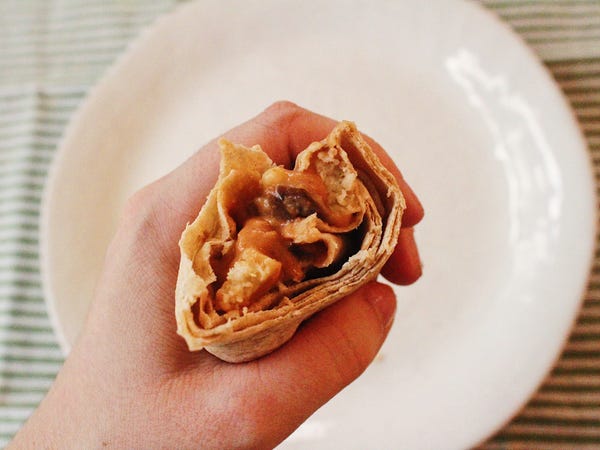 It was highly flavorful, albeit a bit messy. As a quick on-the-go meal, this burrito definitely fits the bill with its smoky, Southwestern flavor. However, I wish the individual ingredients had stood out more on their own, rather than culminating in a light red, sauce-like liquid.

Amy's breakfast burrito was the only breakfast variety I tried. 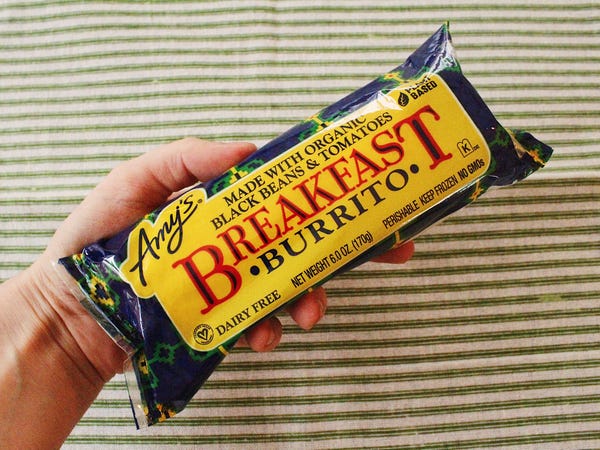 So far, I was impressed with the tortillas used in Amy's burritos. 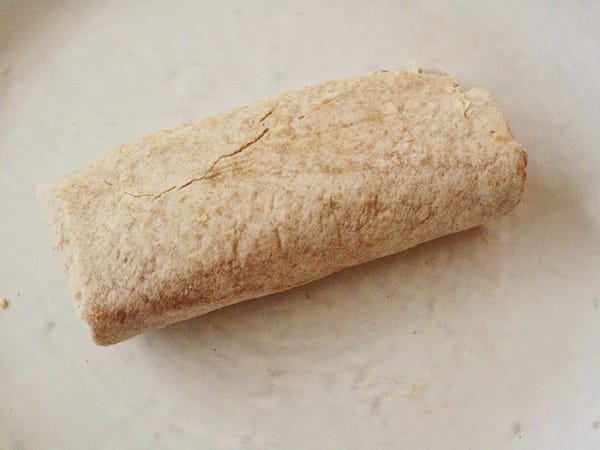 This one was thick, but a little dry-feeling.

This burrito was marketed as "plant-based." 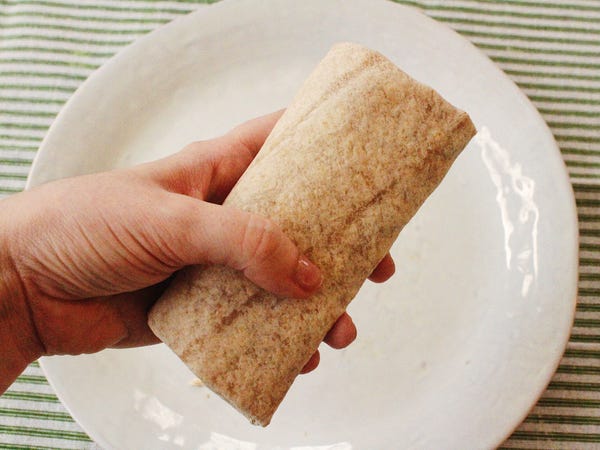 So, despite being a breakfast burrito, no eggs were to be found in this frozen burrito.

The contents were really flavorful and moist, balanced out perfectly by the thick tortilla casing. 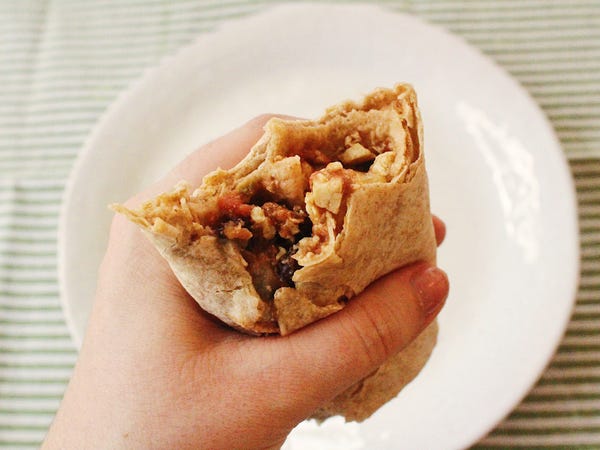 The tomatoes, beans, and onions were bursting with flavor, and the tofu was a pleasant surprise.

However, I just don’t know if I can call this a “breakfast burrito” without any eggs. It simply tasted like a really great tofu burrito if you ask me — and one that I’d surely stock up on in the future.