Home » Food & Drink » Inside Hotel Chocolat: A sneak peek behind the scenes of a chocolate factory

Inside Hotel Chocolat: A sneak peek behind the scenes of a chocolate factory 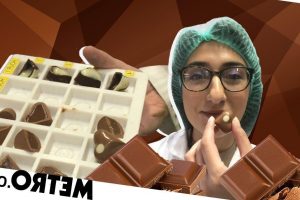 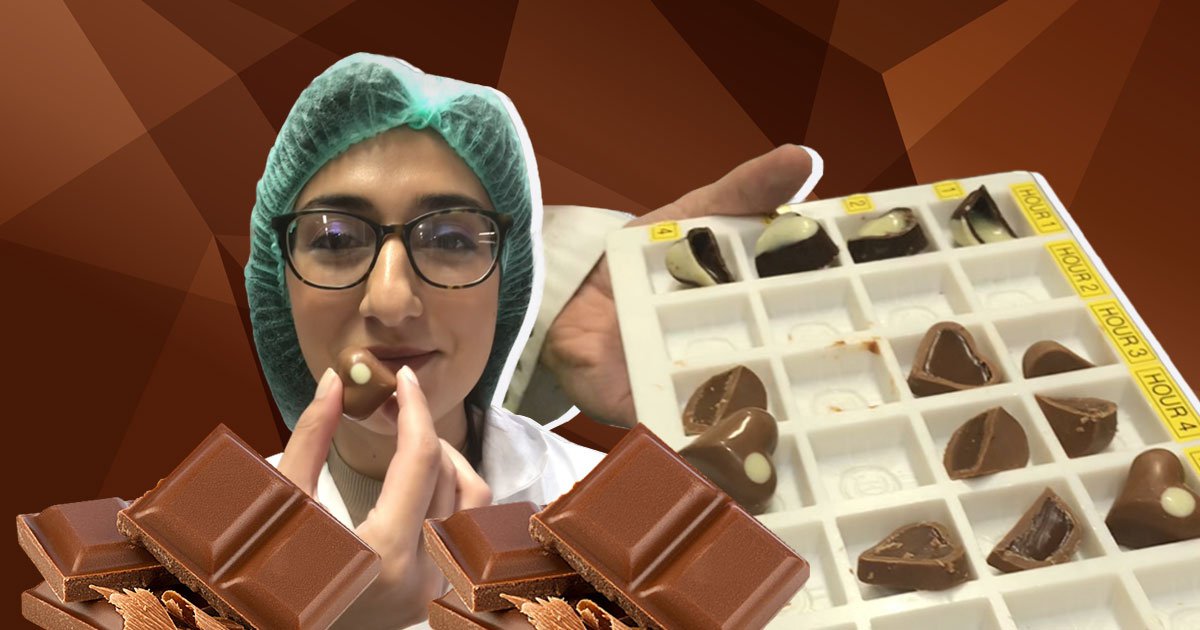 Chocolate factories aren’t just for Willy Wonka, as we recently got an exclusive look inside one.

Hotel Chocolat produces some of the highest quality chocolate in the UK, and we were lucky enough to take a look at the process behind what makes the chocolate so great – just in time for their luxury Christmas season.

At this point in the year, most of the Christmas offering is already done and they’re working on Valentine’s Day, with Easter production starting imminently.

So let us show you around – from idea-forming to the production line.

Over in the ‘inventing room’, ideas are presented and there’s a stream of chocolate in all flavours, from dark to white, flowing at all times.

When the brand was coming up with how to formulate their vegan varieties (which taste like the real deal, by the way), they took just three weeks to nail it, opting to use hazelnut powder instead of cow’s milk.

Emma, who works in inventing, says new recipes come from all over the place.

She tells Metro.co.uk ‘You might go to a new restaurant and they have a dessert that gives you an idea, or you go to a cocktail festival and try a new alcohol that might work – you’re just always a little bit switched on.’

Once you leave this room and enter the factory floor, hygiene levels are of the highest standard, naturally – with hair and clothing covered, no nail polish, and mandatory wash points.

The noise of all the machinery is extremely loud, too.

Though machines do the bulk of the work, the people in this section are vital as their most specialist chocolates can take up to 36 people to make.

Teresa, who also works in chocolate design, explains: ‘The trend has gone towards natural ingredients, no preservatives, natural colours, and when we first started producing chocolate we pioneered that – we’ve noticed now that is expected in the market.

‘Tastes have changed as people are keen on trying new flavours they haven’t had before, as well as higher cocoa and less sugar, and vegan ranges.

‘Over the last few years more people now want vegan, whether it’s a lifestyle choice – or for animals and allergies.’

Of their vegan offering alone (which is made in a separate part of the factory), 1.6 tonnes of chocolate is made every day over two shifts, and a single 400-kilo batch of chocolate takes around six hours to complete.

They’re constantly looking for taste, snap and smoothness in the chocolate, which means taste tests are a crucial part of the job.

Getting to sample some Valentine’s chocolates fresh off the production line was divine and mouth-watering.

Speaking to one of the floor workers, when asked if she still loves chocolate – given that she can have it now whenever she wants – it was a resounding ‘yes!’

‘The novelty doesn’t wear off,’ she said.

‘You always make something new and it’s really amazing, because it’s good quality too.

‘I don’t eat it everyday, but I still love it.’

How could you not?

More from Hotel Chocolat can be found here.