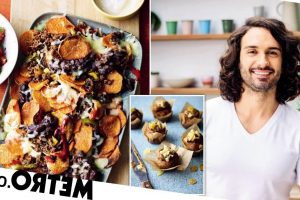 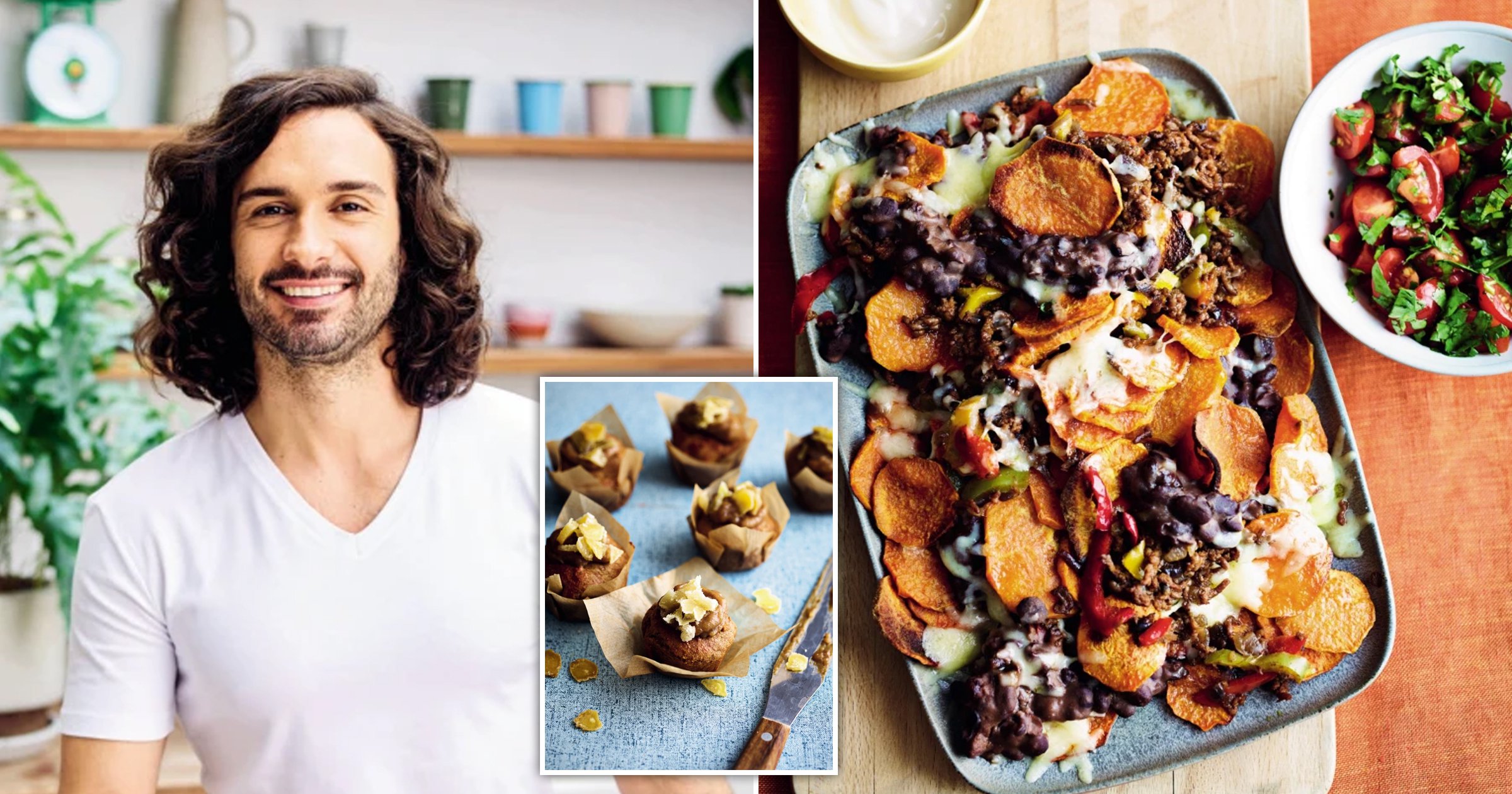 Joe Wicks has become a bit of a hero in recent years.

During lockdown, his morning PE lessons were viewed by over a million users on YouTube, and he’s now approaching national treasure status thanks to his efforts to keep us all fit.

Joe rose to fame with his quick recipes in 2015 and now, with a new cookbook out, he’s sharing two of his favourite healthy (and delicious) recipes with us.

For the spiced mince:

For the refried beans:

2. Toss the sliced sweet potatoes with the oil and salt on a large baking tray, then spread them out into a single layer (you may need a second baking tray).

Roast for 30–40 minutes, flipping them over halfway through, until starting to turn golden.

3. For the spiced mince, heat the oil in a large frying pan over a medium-low heat. Add the onion and cook for about five minutes until translucent.

Add the mince, breaking it up with your spoon, and cook for a few minutes according to the packet instructions, or until the mince is no longer pink if using beef.

Stir until the peppers have defrosted and warmed through (about five minutes if using fresh, until softened). Tip into a bowl and set aside.

4. For the refried beans, return the same pan to the heat and add the drained beans along with 100ml of the liquid reserved from the tin, the salt and cumin.

Mash with a potato masher in the pan, loosening with more bean liquid as needed, to make a creamy, slightly chunky paste.

Remove from the heat and set aside.

5. Mix together all of the salsa ingredients in a small bowl and set aside.

6. Once the potato nachos are roasted, top with spoonfuls of refried beans, followed by a layer of the mince mixture and finally sprinkle over the grated cheese.

7. Return to the oven for 10–15 mins until the cheese has melted and crisped up in places.

For the date caramel:

2. Mix together the flour, sugar, ground almonds, baking powder, bicarbonate of soda, spices and salt in a medium bowl.

3. In a separate bowl or jug, combine the yoghurt, water, egg and coconut oil.

4. Pour the wet mixture into the dry mixture and stir together until just combined. Divide the mixture between the muffin cases.

5. Bake for 20–25 mins until lightly browned on top and a toothpick inserted into the centre of a cupcake comes out clean. Set aside to cool.

6. Meanwhile, make the caramel. Place the dates into a small jug and cover with boiling water. Set aside for 15 minutes to soak.

7. Drain the dates and return to the jug, then add the milk, vanilla and salt. Blend until smooth with a hand blender, or in a food processor or free-standing blender.

8. Once you’re ready to serve the cupcakes, frost them with the date caramel and sprinkle.

Feel Good Food by Joe Wicks is published by HQ, HarperCollins and is available now in hardback and eBook.