Home » Food & Drink » Kate Middleton’s fitness regime revealed: Is this how the Duchess gets into shape?

Kate Middleton’s fitness regime revealed: Is this how the Duchess gets into shape?

It’s no secret that Kate Middleton has an avid interest in sports, after being pictured in the past kicking a football and playing volleyball.

When she was preparing to tie the knot to Prince William, it is believed the 37-year-old followed the Dukan Diet.

So how does the mother of three maintain her enviably toned figure?

“Kate is an exercise junkie”

According to Mail Online, a royal source believes Kate, who is 5ft 9in tall, weighs around 8 1/2 stone and is a size six.

The answer to her toned physique lies in the sporty, competitive nature she shares with her family, particularly her sister Pippa.

The royal insider said: “Kate is an exercise junkie. Pippa and Kate take their toned physiques extremely seriously. And mother Carole, in her 60s, is in extremely good shape.”

Kate’s secret is apparently “The Plank”, a core exercise that requires no equipment. 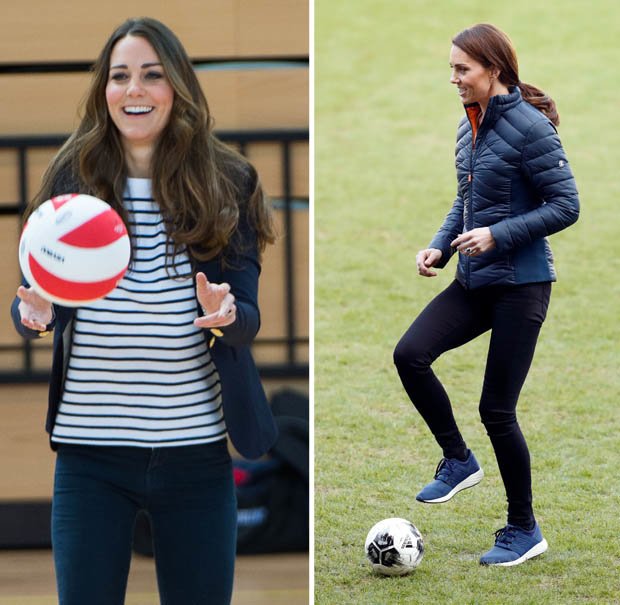 The source continued: “It tightens her muscles. There are three elements, the basic plank, the side plank and the prone sky dive, all of which are positions Kate can hold for 45 seconds or longer and repeat at least ten times each.”

And in the past, Kate and Pippa are said to have spent time working out at the Duchess’ home, Kensington Palace.

The Duchess of Cambridge was thought to be a fan of the Dukan diet, hypnotherapy, home cooking, eating adventurously and saving room for dessert.

Kate is said to be a fan of traditional confections, including jam roly-poly and sticky toffee pudding.