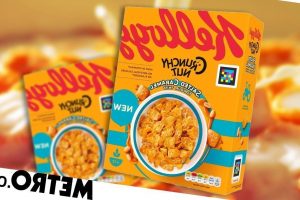 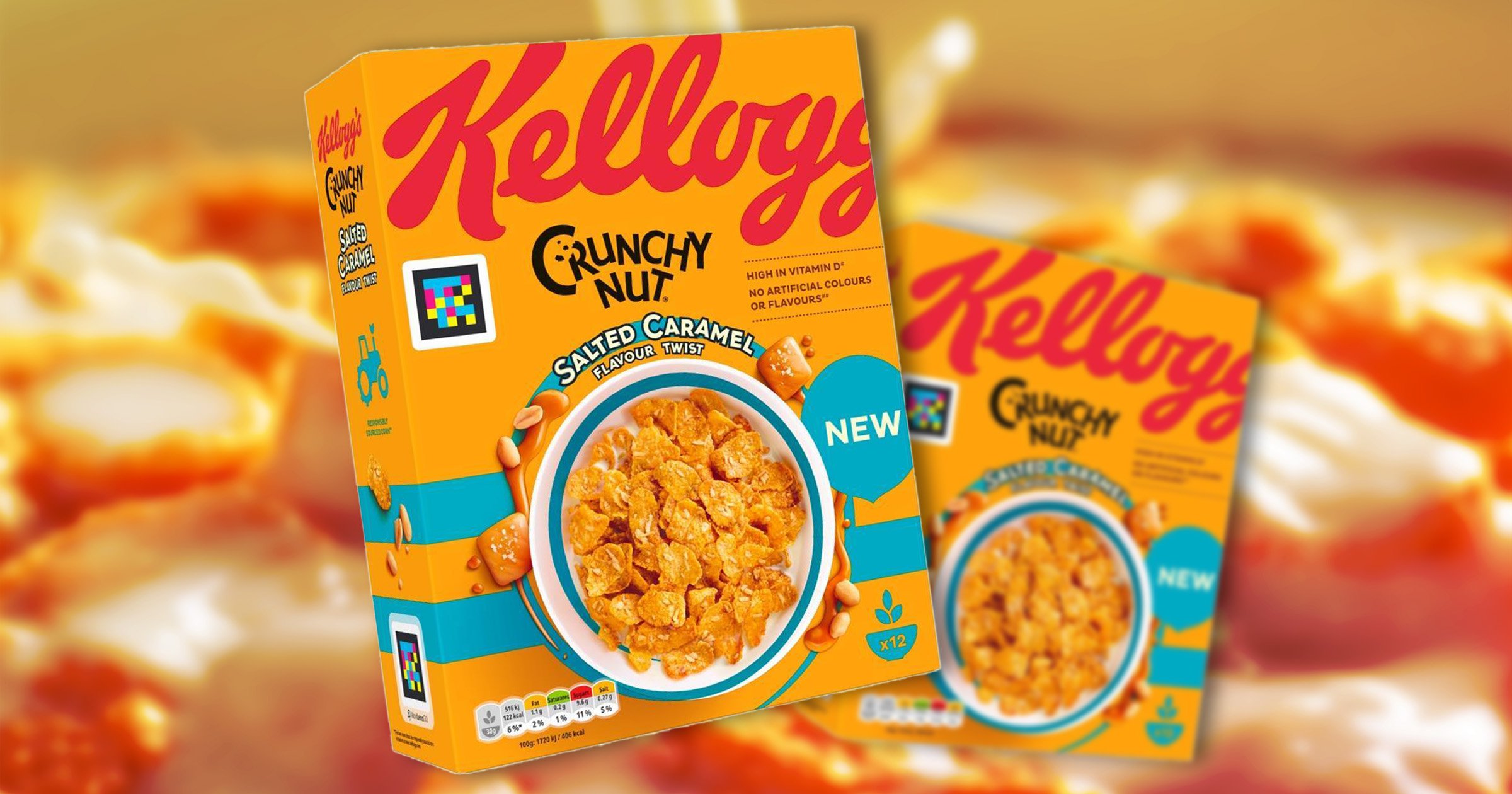 Breakfast may be the most important meal of the day, but it can sometimes get a little repetitive.

Whether it’s peanut butter on toast, porridge or pastry, we tend to go for the same things every morning.

So if you’re looking to mix things up, a new variety of cereal might be just the thing you’re missing.

Kellogg’s has announced a new Crunchy Nut flavour – the first time the brand has offered a twist on its cornflakes since the cereal was invented in Manchester more than 40 years ago.

Available now for £2.99, Kellogg’s Crunchy Nut Salted Caramel can be purchased at Asda and will be rolled out at other supermarkets in the spring.

And it seems it’s been a while in the making – as it took cereal experts six months to create the new product, with the team sampling several varieties of salted caramel until they got the flavour just right.

David Henningham, from Kellogg’s food development team, said: ‘We have seen increasing demand for salted caramel options, so it made sense when developing a new flavour that we give it a try – and we’re glad we did as the result is irresistible.

‘We spent half a year perfecting the subtle balance of sweet caramel and salt to make this tasty new option the must-have addition to breakfast time.’