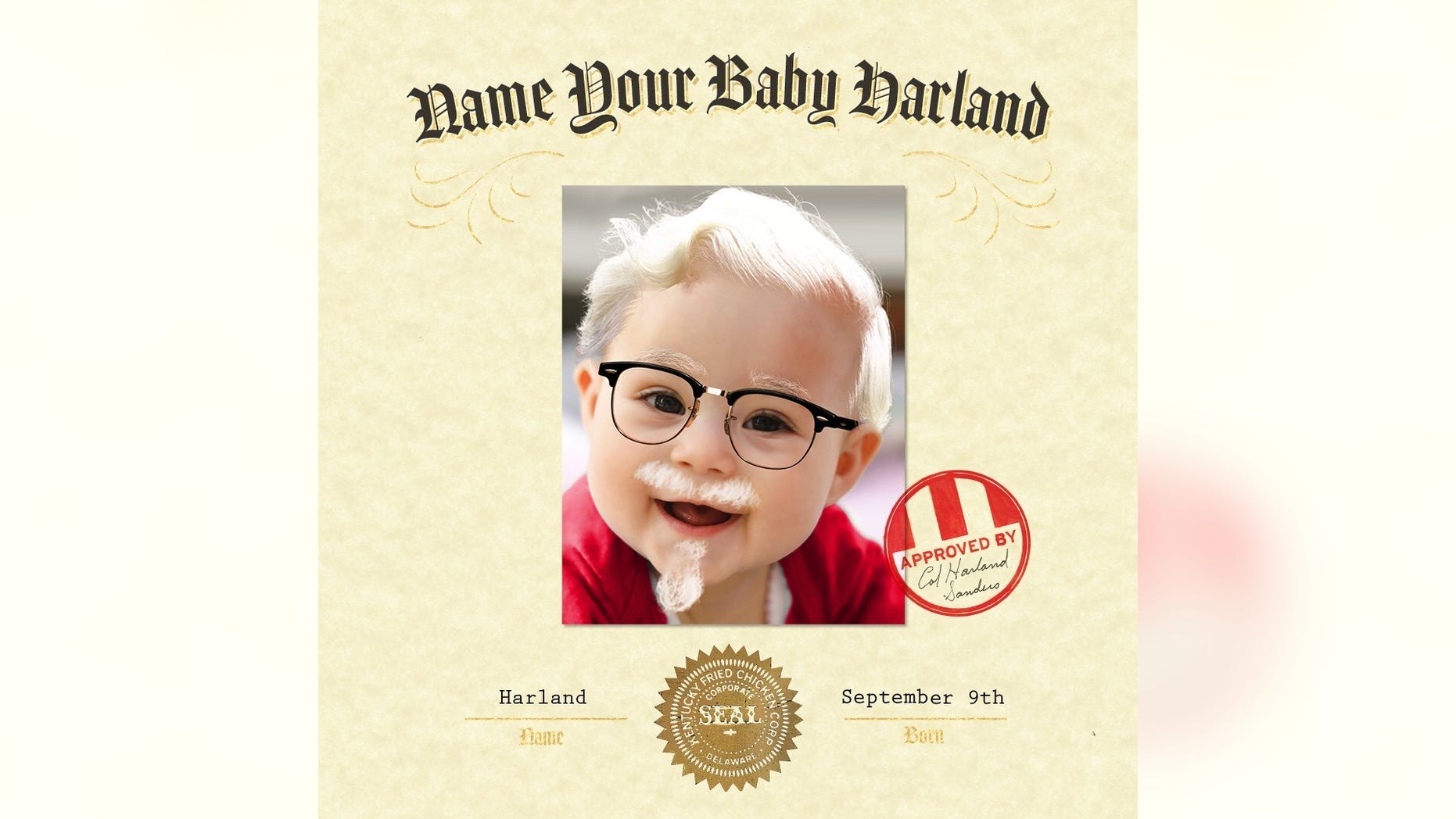 KFC’s new ‘Name Your Baby Harland’ contest tasked parents with doing just that for a chance at $11,000.
(KFC)

One infant's college fund will be $11,000 richer after her parents decided to name her after KFC's Colonel Sanders, part of a baby-naming contest to bump up use of the old-timey moniker.

"I’m as pleased as pumpkin punch to announce the winner of our Baby Harland Naming Contest and the Harland who will be ushering in an all-new generation of Harlands, little Harland Rose," KFC tweeted Tuesday.

KFC announced the contest in August as a way to commemorate what would've been Harland Sanders' 128th birthday. The first family to name their newborn child "Harland" — after the Colonel himself — on Sept. 9, would receive $11,000 to their baby's college fund.

KFC CONTEST AIMS TO GIVE $11,000 TO PARENTS WHO NAME THEIR NEWBORN 'HARLAND'

“Even though vintage names are making a comeback, our iconic founder’s name was dwindling in popularity, and we couldn’t just stand idly by and let that happen,” Andrea Zahumensky, KFC U.S. chief marketing officer, said in a press release that also noted how "Harland" ranked No. 3,257 out of the most popular U.S baby names in 2017.

“We hope that this birthday celebration honors the Colonel and encourages the next generation of people aspiring to live the American dream.”