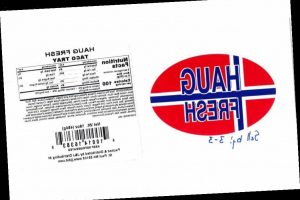 J&J Distributing is battling Listeria concerns related many of their products.

On Monday, the Minnesota-based company issued a recall with the Food and Drug Administration on several of their products — ranging from party platters, sandwiches and taco dip — due to potential Listeria contamination.

According to Food Safety News, the possible contamination was discovered after the company found Listeria monocytogenes on a utensil used in production during routine testing. The potentially contaminated products include items under the Haug brand, as well as Fresh Thyme, Tastebuds, Earthgrown, Caribou and Kwik Trip. The full list of affected products can be viewed here.

Anyone who may have purchased the affected products is urged to discard them or return them for a full refund.

Per the Centers for Disease Control and Prevention, "Listeriosis is a serious infection usually caused by eating food contaminated with the bacterium Listeria monocytogenes. An estimated 1,600 people get listeriosis each year, and about 260 die. The infection is most likely to sicken pregnant women and their newborns, adults aged 65 or older, and people with weakened immune systems."

The CDC estimates that Listeria is the "third leading cause of death from foodborne illness or food poisoning."

As of Friday, no illnesses had been reported in connection with the recall.

Last month, El Abuelito Cheese Inc. also recalled some of their products due to Listeria contamination. The cheeses were reportedly made or packed at the same facility as their originally contaminated queso fresco.