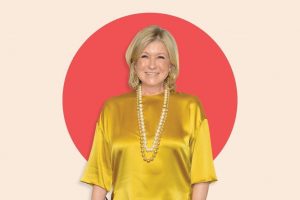 Summer is winding down, and while for some, that means a future of Costco Pumpkin Streusel Muffins and leaf-peeping trips is on the horizon, for others, it means the panic-inducing back-to-school season is already here. It’s hard enough getting ourselves ready for the day, but add kids into the mix and things can get seriously hectic from breakfast through bedtime. That means we don’t always have as much time as we’d like for hands-on cooking projects when fall rolls around, and we rely heavily on the slow cooker to help us make family-friendly meals that can basically simmer to perfection without any of our help. Martha Stewart might have a reputation for fanciness and fuss, but she’s also got tons of practical slow cooker recipes under her belt, and one of her tastiest has got to be these slow cooker Buffalo chicken sandwiches.

The recipe comes from her cookbook Martha Stewart’s Slow Cooker.

The recipe has a little more complexity than just tossing chicken, a bottle of Frank’s, and some butter into the Crockpot.
Stewart calls for the chicken to be sauteed before it goes into the slow cooker, and starts the sauce in a skillet too. But here’s our secret: if you’re really pressed for time and don’t want to dirty another pan, you don’t have to do any of that. It might not be quite as complex in flavor, but the dish will still hit the spot.

In addition to hot pepper sauce (the recipe calls for 1/4 cup, and you can adjust that amount based on your family’s preferences and on how hot the sauce you’re using is), Stewart adds onion, garlic, bell pepper, crushed tomatoes, Worcestershire sauce, mustard, and molasses to the cooker. It’s sort of like a spicy pulled chicken sloppy joe flavor — savory enough for adults to love, but not so spicy that the kids will turn up their noses.

The chicken cooks for about 4.5 hours on high, or 8 hours on low. When it’s removed from the pot, it can be shredded using two forks, or you can use Stewart’s recommendation of going at the tender meat with a potato masher.

Serve the pulled Buffalo chicken on hamburger buns with your favorite condiments. We think it would be great with some crumbled blue cheese and a crunchy slaw on top, but the chicken can also be used in quesadillas, salads, or as the topping for a rice bowl. If you have enough room in your slow cooker, you could even double the recipe and freeze the leftovers to pull out on a night when planning ahead for a slow cooker meal just isn’t going to happen.

Back-to-school season can be a frenzied time, but with Martha Stewart’s slow-cooker Buffalo chicken in your recipe arsenal, you’ll feel that much more prepared to face the onslaught of activity.

Before you go, check out Ina Garten’s easy weeknight dinner recipes below:

Watch: We Tried Ina Garten’s Overnight Mac & Cheese & We Totally Get Why It Broke the Internet