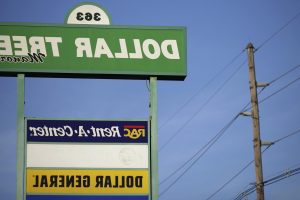 Dollar stores, whether or not they actually live up that name, still tend to be the kind of stores where you can buy a range of products at prices that may (or may not) be as low as they can go. Whether you should buy those products, however, seems to depend on the item in question. Dollar store medications may not be safe, batteries may not work, and toys may contain chemicals you don’t want anywhere near your kids. Beauty products, on the other hand, can be quite a bargain, and those $1 steaks are … well, actually better steaks than you have any right to expect for a buck, and decent enough in a sandwich.

While you can find no end of online lists of the best (and worst) things to buy at dollar stores, it’s surprisingly difficult to dig up any info on just what items are flying off the shelves there. Well, we’re always partial to a good poll here at The List, so we turned to sister site Mashed, which posed the question to readers: “What’s the one item you always buy at dollar stores?”

Mashed limited the selection of answers to dollar store food items, however, making it more of a (canned) apples to apples comparison rather than an apples to toilet paper one. A total 658 people answered their call and weighed in to share their dollar store must-buy items, and the results were … to be honest, probably about what you’d think they’d be.

Candy came out on top

By far the biggest winner amongst those we polled was candy, with nearly 56% admitting to buying it on every dollar store trip. If your first thought was “yuck, who’d want to buy that stuff from a dollar store?” we have no answers from our pollees, but we do have some speculations. It’s possible that these candy purchases are impulse buys, with candy being conveniently placed right next to the register. It’s also quite likely that some of these sales may be driven by the fact that dollar stores seem to carry an interesting selection of retro candies you can’t find anywhere else except for overpriced online retailers.

One Facebook user found strawberry bon bons (aka the grandma candy) at a Dollar Tree in upstate New York, while a Pinterest user was excited to find the “all-American” (though by now relatively obscure) Goldberg’s Peanut Chews at another Dollar Tree somewhere. Other oldies-but-goodies (or not-so-goodies) include Fruit Stripe Gum, something one Dollar Tree shopper calls the “best childhood memory ever” and Bob’s Sweet Stripes soft peppermint sticks, a candy that prompted another Dollar Tree shopper to say, “It is hard to find candy from my childhood but I can always count on Dollar Tree. These bring back many happy memories.”

Way back in second place, garnering not quite 14% of the vote, was soda. Had we only interviewed a few more juggalos, that number would likely have gone up a bit, since as this Reddit thread reveals, Dollar Tree is one of the few places you can go to find Faygo these days. Ramen and other instant noodles (are there other types of instant noodles?) came in third with nearly 11% of the votes, since, you know, ramen is pretty much ramen, unless it’s gourmet ramen. If the fancy stuff is what you wanted, you probably wouldn’t be in the dollar store anyway.

Sometimes you feel like a nut, and if you’re 9% of dollar store shoppers, or at least belong to that subset that also responds to Mashed polls, then “sometimes” means every single time you shop at a dollar store. Those who prefer popcorn were fewer in number — not quite 6%. Bringing up the rear was bread, with just over 5%. Makes sense, since bread isn’t the kind of thing you pick up to eat on the spot. It is, however, something you can often find at the grocery store or even a gas station for not much more than a buck. Absent from our results, however (since we didn’t even bother including it as a choice) is that terrifyingly non-melty dollar store cheese. After all, we doubt that’s a product anyone has ever purchased more than once.