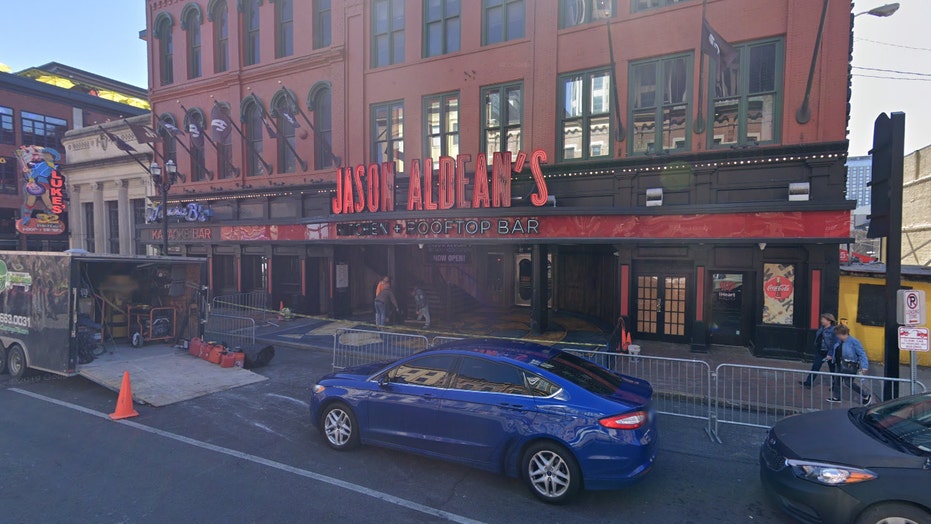 The restaurant group that owns Jason Aldean’s Kitchen and Rooftop Bar in Nashville, Tenn., is vowing to investigate following accusations that security racially profiled its clientele.

"We strive to be one of the most welcoming establishments in Nashville and are horrified by these reports," wrote TC Restaurant Group in a statement obtained by Fox 17.

"Our leadership team is investigating this situation and will take action should we find that any of our employees or third-party security contractors violated our policies. We appreciate those who have brought this to our attention."

The restaurant group’s statement comes after Laura Murphy, a woman who visited Jason Aldean’s Kitchen and Rooftop Bar with her husband on Friday night, took to Facebook with allegations of racial profiling by the establishment’s staff.

According to Murphy, she and her husband, who is black, were hanging out with friends in Nashville on Friday night when they decided to visit Jason Aldean’s around midnight. However, her husband — the only non-white member of their group — was stopped and told he couldn’t enter the establishment while wearing a hoodie. He offered to take it off, but was told he would not be allowed to enter.

After the group exited, Murphy claims she saw three other black men waiting outside, who had “also been turned away because of some dress code violation.”

Meanwhile, Murphy said she saw several other white men leaving the bar wearing hoodies. She asked if they were being turned away as well, only to allegedly be told no, “they had been [inside] for hours.”

“Of course, we all were angry at this point and tried to ask the bouncer why these other men could remove their hoodies, and why we’d seen multiple men coming out wearing them. Of course we knew why. But nobody would say it,” wrote Murphy in the Facebook post, which has since been shared more than 16,000 times.

She added that the bouncer “did call a manager,” but that the woman he called only “escalated the situation so much so that when she ran after one of our friends screaming, her own associates were yelling at her that she was going to lose her job.” 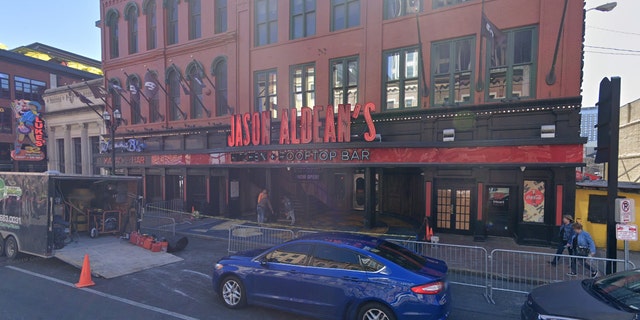 Laura Murphy claims her husband was turned away because he was wearing a hoodie — as were three other black men — despite several white customers wearing their hoodies inside the establishment.
(Google)

Murphy also initially called for a boycott of Jason Aldean’s, before updating her post to claim that the owner of the third-party security service used by Jason Aldean’s contacted her to apologize.

“I hope some change takes place and nobody else experiences this at this restaurant/bar or others in Nashville,” Murphy wrote.

She also urged the management at Jason Aldean’s to take action as well.

“We look forward to hearing how they plan to address this so that others don’t experience the same thing my husband and the other men that night have.”

END_OF_DOCUMENT_TOKEN_TO_BE_REPLACED

END_OF_DOCUMENT_TOKEN_TO_BE_REPLACED
We and our partners use cookies on this site to improve our service, perform analytics, personalize advertising, measure advertising performance, and remember website preferences.Ok