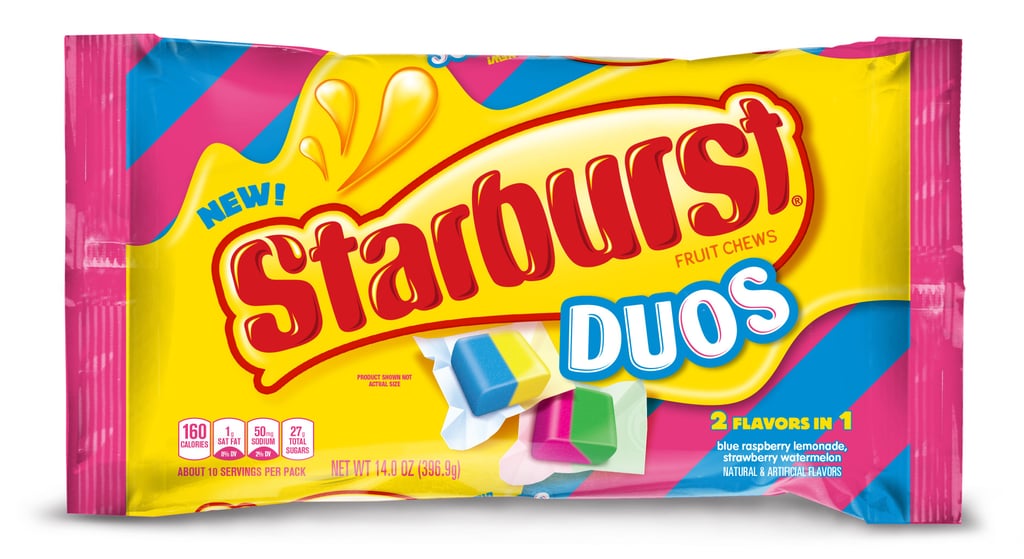 When Starburst released an all-pink bag of its fruit chews last year, we thought we’d reached the peak of candy heaven. Little did we know, the brand’s candy-making wizards were busily concocting an even better treat torn straight out of our wildest dreams: Starburst Duos. These colorful fruit chews combine two flavors into one square-shaped candy, making for quite the mouthwatering explosion. There are two different flavor combinations — Blue Raspberry Lemonade and Strawberry Watermelon — both of which sound equally as tempting.

Starburst’s parent company, Mars Wrigley Confectionery, will officially release Starburst Duos in January 2019, according to a recent press release, and they will come in both 2-ounce single packs and 14-ounce lay-down bags for $1 and $3, respectively. The new year couldn’t possibly come soon enough! *Cue “The Best of Both Worlds” by Hannah Montana.*