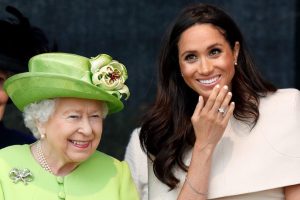 Meghan Markle booked herself into etiquette lessons before she moved to London to live with her husband Prince Harry, the MailOnline reports.

SEE: Inside the exclusive Soho House where Prince Harry and Duchess Meghan met

The former actress reportedly booked a two-hour lesson in etiquette under a friend’s name, before meeting with Edmund Fry, a Londoner who runs the Rose Tree Cottage tea room in Pasadena, California. According to Edmund, Meghan booked the session because she “knew she would be having tea with the Queen.”

WATCH: The first time Meghan Markle curtsied to the Queen in public

The Londoner told the MailOnline that Meghan, like most people who visit the tea rooms, asked questions like: “‘Do I hold the cup and saucer like this?’, ‘Is it alright if I leave the spoon like this?’, ‘Do I ask for more tea and does it matter if the cup is put on the plate like this?,’ and ‘What is the plate for?'”

“She wanted to know the comfort of sitting,” explained Edmund.

READ: Meghan Markle reveals the subtle changes she made for fear of clashing with Princess Kate

The Duchess reportedly booked herself into etiquette lessons

Prince Harry and Meghan’s new documentary, Harry & Meghan, has gripped the world following the release of the first three episodes on Netflix.

The episodes, which make up the first volume of their series, see the Duke and Duchess of Sussex open up and share very personal details about their lives.

WATCH VIDEO: See the 5 most talked-about clips from episode one of Harry & Meghan

One moment, in particular, echoes Meghan’s desire to book etiquette lessons before moving to London. In the second episode, the former actress recalls meeting Queen Elizabeth II for the first time, and not understanding why she was required to curtsey when greeting the late monarch.

Harry recalled: “My grandmother was the first senior member of the family that Meghan met. She had no idea what it all consisted of. It was a bit of a shock to the system for her.” 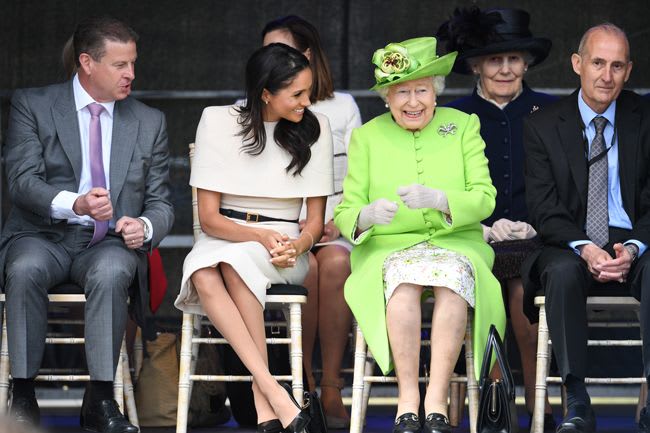 Meghan replied: “I didn’t know I was going to meet her until moments before. We were in the car and we were going to Royal Lodge for lunch. And he was like, ‘Oh, my grandmother is here. She’s going to be there after church.’ I remember we were in the car, driving, and he’s like, ‘You know how to curtsy, right?’ And I just thought it was a joke.”