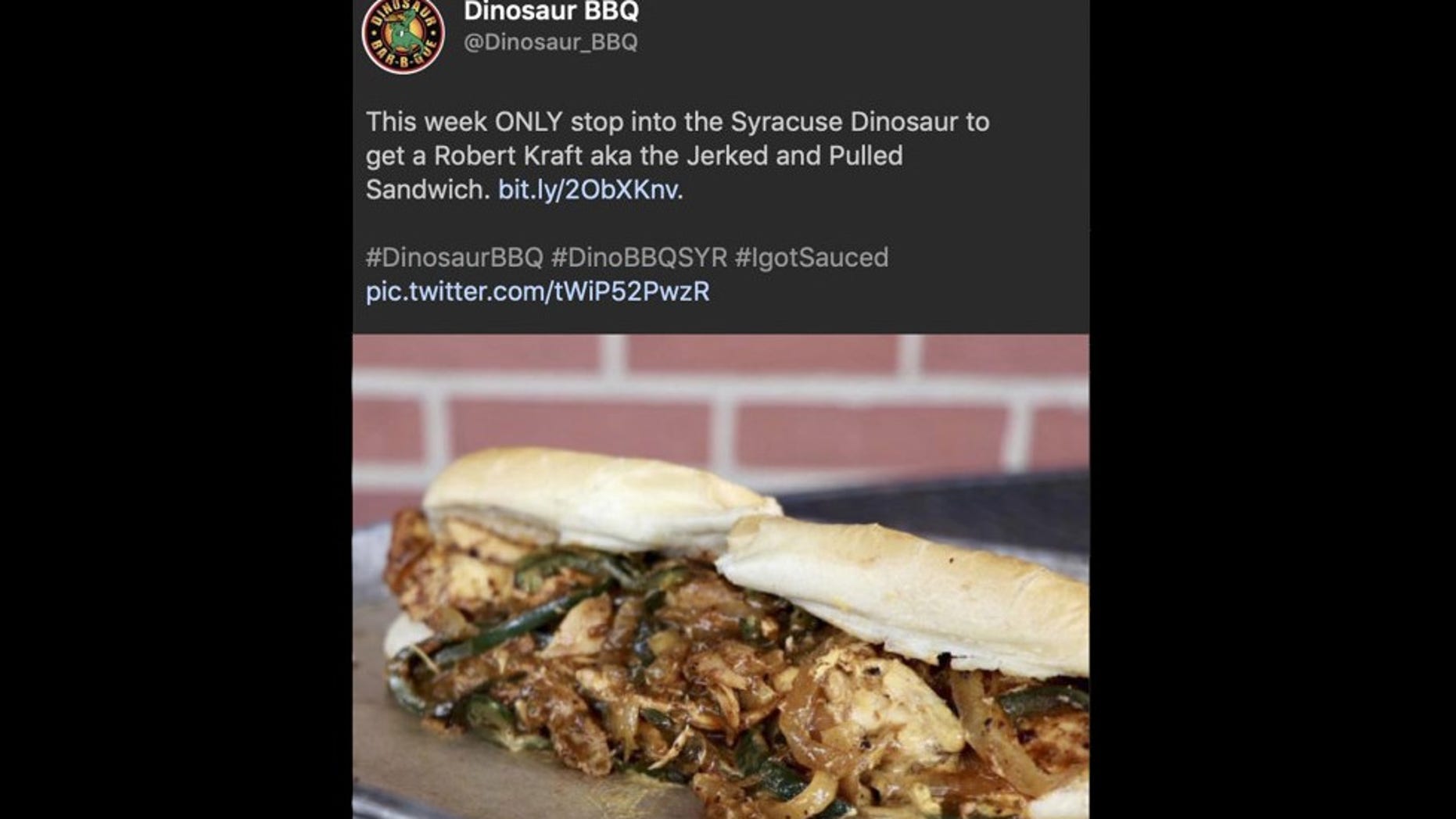 “Dinosaur Bar-B-Que” is facing backlash over a sandwich named after Robert Kraft, the New England Patriots owner who was arrested Friday in connection with a prostitution and human trafficking sting at a Florida massage parlor.

The Syracuse-based chain posted an image on its Facebook and Twitter page of a pulled pork sandwich, which was named after the 77-year-old.

“This week ONLY stop into the Syracuse Dinosaur to get a ‘Robert Kraft’ aka the Jerked and Pulled Chicken Sandwich,” the caption read.

The post went viral and was quickly condemned for making light of Kraft’s alleged crime. Amid the backlash, the restaurant offered to donate a percentage of the proceeds to the “McMahon/Ryan Child Advocacy Center” – a nonprofit which “provides support and services to #abusedchildren” according to its Twitter page.

But the advocacy center turned down the restaurant’s offer on Monday stating: “We can not accept donations that contradict our mission.” The restaurant deleted the post and apologized in a statement that was reported by The Post-Standard.

“It was a joke that we didn’t completely think through. We apologize to anyone who was offended from the human trafficking aspect," the statement read.

GET THE FOX NEWS APP

Kraft is one of hundreds of men charged in recent days as part of a crackdown on prostitution occurring in massage parlors between Palm Beach and Orlando. Ten spas have been closed.