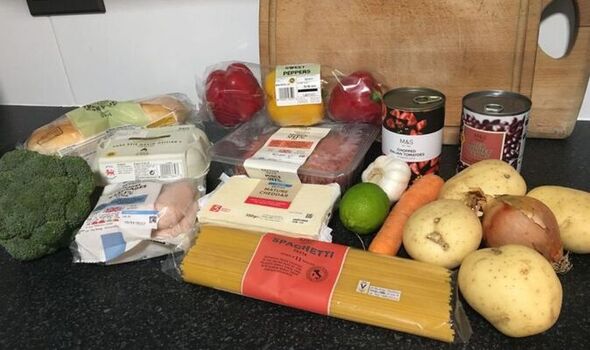 A loyal Tesco shopper claims they will not be returning for a while after being blown away by Marks and Spencer’s new value range.

M&S, which is regarded by many as a posh supermarket, has taken a page out of Asda and Tesco’s book and upped its own-brand offering, leaving customers impressed.

Their new value range allows shoppers to buy groceries on a budget.

People have been praising the “Remarksable Value” range online, which offers a plethora of essentials.

It has led to some customers shunning old reliables like Sainsbury’s and switching to M&S for their weekly shop.

Dan Wiggins, a reporter for MyLondon, visited his local M&S in Finsbury Park to see what all the fuss was about.

Here is how he got on:

“Having caught wind of this I felt I had to go and check the range out for myself so I headed down to my local food hall in Finsbury Park to see what all the fuss was about.

“I decided I’d get the items I needed for a pair of simple recipes, incorporating as many of the value ingredients as I could to make the most of the range.

“The recipes were a beef and bean chilli with jacket potatoes and a simple slaw, and sausage and broccoli spaghetti.

“Upon walking into the shop I headed for the bread section where I picked up some large white rolls for 95p, I’ve seen the exact same ones in Tesco before for the exact same price so this was a promising start.

“Soon the bargains started appearing left, right, and centre, with spaghetti for under a pound, eggs for £1 exactly, and eight pork sausages for just £1.50!

“Beef mince for £1.80 was another steal and as I secured all my veg for the week for just over £6 I started to wonder whether I’d walked into Aldi or Lidl by mistake.

“Gradually though, I became very aware of my surroundings as some more expensive outliers began entering my basket, red kidney beans for 75p felt particularly egregious and £2.75 for 350g of cheddar is pretty hard to take, the ‘value’ option in the cheese range a £4 block of 550g.

“The total shop ended up coming to £16.19 overall and should sort my lunches and dinners until at least the end of the weekend.

“Whilst there were a few regrettably expensive items, I do feel like the value was approaching what you get at an Aldi or Lidl, and certainly better than your local Tesco.

“What I would warn though is that despite the genuinely great value on the items in the ‘Remarksable Value’ range, there just wasn’t enough variety in that range to make doing an entire shop at M&S a viably cheap option unless you’re sticking closely to the basics.

“That said, I was impressed, and it left me certain of one thing – I wouldn’t be returning to Tesco for a while.”