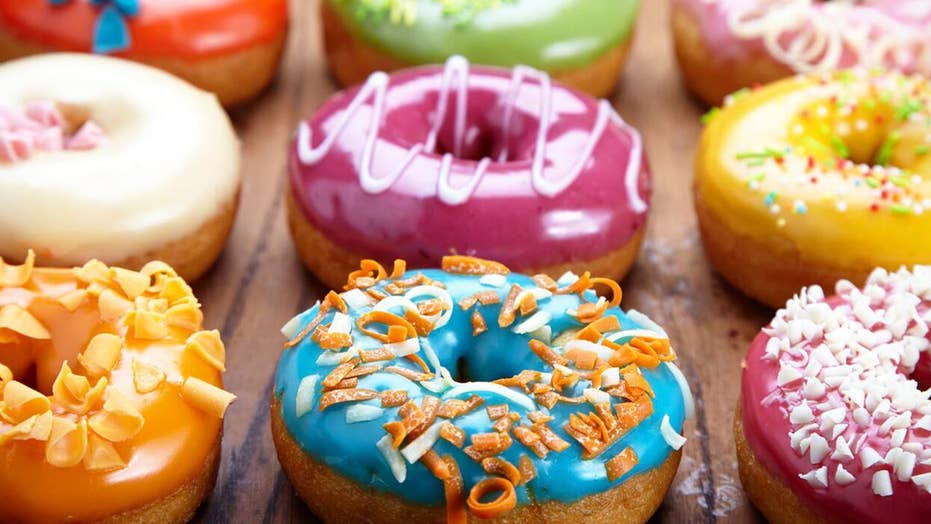 Half a dozen things you didn’t know about doughnuts

Did you know there are actually two National Doughnut Days? Or that Emily Post issued rules on dunking? We’ve sorted through the Internet to find six of the tastiest facts you might not know about doughnuts.

Hurts Donut in Fort Worth, Texas, was the victim of a “hurt and run” late last month after a woman had a strong craving for doughnuts — and apparently not the $2 to pay for them.

The cheeky shop – known for its flavors like the White and Nerdy, ET, and the Homer, among others – posted a video showing the thief very conspicuously nabbing two Homer-style frosted doughnuts before running out of the store. The incident happened Friday, Aug. 30, around 2:43 a.m. according to the security footage.

Owner Keith Selby saw the footage and said he was shocked.

Selby said the woman specifically took the Homer donut, which has pink frosting and sprinkles.

Though Selby said he’s not interested in pursuing legal action over the nearly $2 doughnuts, he did post the video on Facebook as a way to enact justice.

“Wow!! That’s methed up!! We were the victim of a Hurt and Run! I guess this is what happens when your Instagram career isn’t taking off, and you can’t afford your donuts! Someone come get your girl!” Hurts Donut wrote on Facebook.

“How about a donut on us, for the best roast and another one for the first person who tags her!” the shop offered. 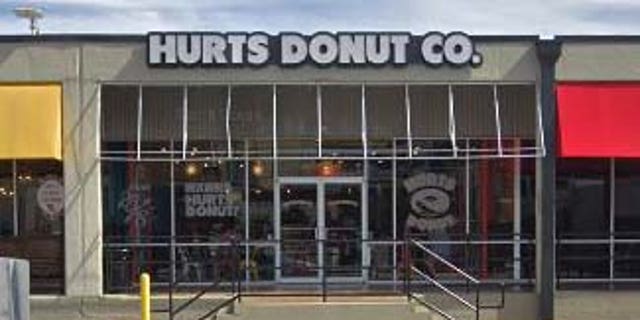 Hurts Donut was hit with a "hurt and run" last month when a woman came in around 2:43 a.m. and stole two doughnuts out of the display case.
(Google Maps)

The video has since been viewed more like 200,000 times – and received many comments from people angling for a free doughnut.

“I ‘Donut’ know if this was my best decision!” one person wrote.

“If she gets caught, her snack attack will be the yeast of her concerns,” another commented.

“When cheat day and pay day don't fall on the same day this month,” another joked.

"Oh my gosh, the comments," Selby said to KHOU 11. "Whenever I'm bored I read the comments and just start laughing. You can't help but laugh."

END_OF_DOCUMENT_TOKEN_TO_BE_REPLACED

END_OF_DOCUMENT_TOKEN_TO_BE_REPLACED
We and our partners use cookies on this site to improve our service, perform analytics, personalize advertising, measure advertising performance, and remember website preferences.Ok