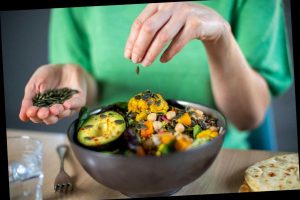 What is a vegan diet?

Curious about becoming a vegan? Here is what you need to know about the vegan diet.

TikTok has quit her cold turkey.

A controversial vegan blogger was allegedly booted off TikTok after a petition lobbying for her removal went viral, arguing that her content violated the platform’s community guidelines as racist, offensive and misleading.

Kadie Karen Diekmeyer goes by “That Vegan Teacher” online, and once commanded a TikTok following of over 1.7 million, Insider reports. Though the exact reason for her removal remains unclear at this time, the 56-year-old Canadian woman found herself in hot water after making inappropriate remarks directed towards a 16-year-old social media personality.

On Thursday, Diekmeyer responded to a video posted by Teenage blogger TommyInIt, who boasts over 6.5 million followers on YouTube and 4 million on TikTok. Using the “duet” feature — which allows one user to respond to another user’s video while both appear on-screen — Diekmeyer directly addressed TommyInIt to discuss one of his clips about a video-game controller. “Tommy! Nice vegan girls don’t want to see your buttons, but if you want them to play with your buttons, you’ll have to show them your fruits and your vegetables,” she said. From there, Diekmeyer whipped out an apple, pear and cucumber.

A Twitter watchdog later pointed out that her TikTok page had been pulled by Monday night.

The following day, Diekmeyer addressed the backlash in a lengthy 23-minute address posted to YouTube titled “Censorship: Why Good People Must Rise Up And Speak Out.”

In the clip, the vegan blogger ranted about being banned from TikTok, insisting she couldn’t be stopped from spreading her message.

Diekmeyer the declared that animals are “crammed into places that are as horrible as the Nazi death camps.”

“In fact, worse. The animals have it worse. The Holocaust never ended for them.”

According to Insider, this is parallel Diekmeyer has drawn before. On Tuesday, a Twitter user noticed she had apparently created a new TikTok account with the handle “That Holocaust Teacher.” That account also appears to have been pulled from the platform as of Wednesday morning.

As seen in a screenshot of a video that the blogger created while using “That Holocaust Teacher” as her handle, text overlaid over a clip read as follows:

“What happens in WW2 was racism and it was wrong. What’s happening now is speciesism and it’s also wrong. We need to be kind to all kinds, and you should be vegan from now on.”

As summarized in a now-viral Change.org petition, which has racked up over 20,000 signatures since its inception a few months ago, organizers demanded that Diekmeyer be removed from the popular platform on the grounds of violating TikTok’s community guidelines as a “dangerous” account.

“The Creator known as That Vegan Teacher and That Vegan Teacher _irl has violated multiple community guidelines in various videos, duets and sounds. She is a former certificated educator however has no background in veterinary nor human medicine. She has made blatantly racist, bigoted, discriminatory statements against anyone who doesn’t view veganism her way and her way alone,” an organizer wrote.

“She has promoted multiple films that are dangerous to children given [TikTok’s] 13 yr. old age requirement and many children under that age access it on a daily basis. These videos show violent depictions of animal slaughter in graphic detail,”’ the Change.org petition alleged. “Her targets have included minors under 18, the LGBTQ+ Community, Person’s with disabilities, people of the Black community, various religions and more. Multiple reports have been made against her content yet her platform remains active.”

“It is our belief that the content, video and sounds created by That Vegan Teacher on the TikTok platform are morally and ethically repugnant and are a direct violation of multiple community guidelines. We respectfully request that her platform be removed and permanent ban be instated immediately.”

In addition to petitioning for the removal of her account, activists have also started rallying to “save” Diekmeyer’s dog Bella, because Diekmeyer feeds her a vegan diet. That Change.org petition has received 44,000 signatures as of Wednesday morning.

A spokesperson for TikTok was not immediately avaliable to comment on the status of Diekmeyer’s account to Fox News. 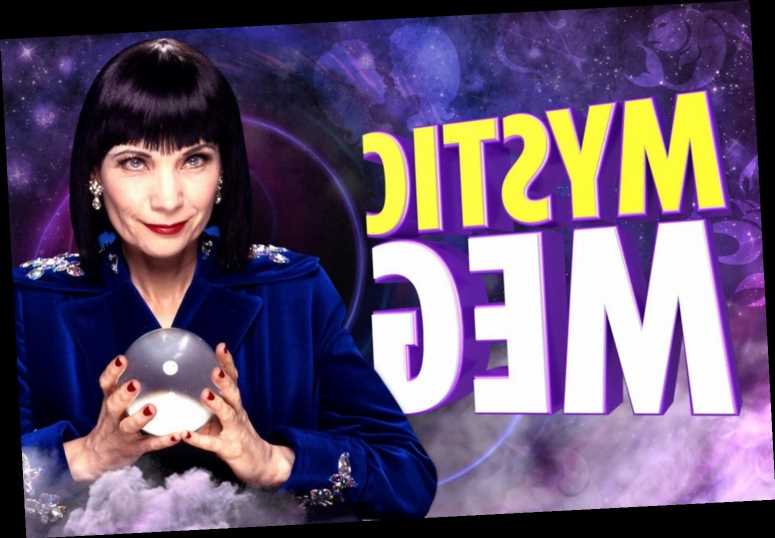 Horoscope today, Saturday April 10: Daily guide to what your star sign has in store for your zodiac dates