The unexpected effect skinny ice cream could have on your diet 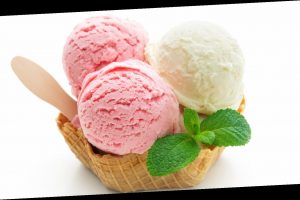 It seems like there are diet versions of almost any food, to the point where they start to feel like oxymorons. You’ve almost certainly seen baked goods marketed as keto and gluten-free, not to mention paleo protein powder and sugar-free candy. However, the truth about some of these creations is less sweet than advertised.

Take ice cream, for example. It’s widely known that Ben & Jerry’s make some of the most calorie-dense pints on the market, with their Chubby Hubby flavor clocking in at 1,380 calories per pint and Peanut Butter Cup at 1,400 (via Eat This, Not That). These figures might make you tempted to look at the newer, skinny versions on the same freezer shelf, like Halo Top. Unfortunately these low-fat and low-calorie desserts might not be the diet miracle they advertise.

Skinny ice creams may actually cause you to gain weight

It might seem like stocking up on the low-calorie ice creams will help you to lose weight, however they could actually have the opposite effect. For one thing, low-fat ice creams often substitute in more sugar to compensate for the lack of fat, which can cause blood sugar levels to spike and then crash, making you feel hungrier sooner (via Eat This, Not That). But fat and sugar aren’t the only reason some of these diet ice creams aren’t as satiating; they’re also packed with air. A pint of Halo Top weighs in at about 256 grams per pint compared to 428 grams in a Ben and Jerry’s pint (via Delish).

With all of the healthy buzzwords in the marketing and the low amount of calories printed right on the packaging, it’s no wonder Halo Top has become one of the bestselling pint in America; they basically encourage you to overeat. Healthline advises that Halo Top shouldn’t be seen as healthy, but simply as a lower-calorie alternative to ice cream, and encourages ice cream lovers that indulging in an entire pint in one sitting (even a low-calorie one) can promote unhealthy habits. Registered dietician Natalie Rizzo warns, “It’s still ice cream. At the end of the day, if you’re having [Halo Top] instead of something more nutritious, you’re just going to be hungry again an hour later” (via New York Post).

Additives in many skinny ice creams can cause stomach upset

The fat content is what makes ice cream creamy, and the sugar is what makes it sweet, so reducing those ingredients significantly means something has to take their place (via The Globe and Mail). Many of the new, skinny ice cream brands boast not just lower calories and fat, but more protein and fiber than the traditional kind, making it sound almost like a healthy, diet-friendly food. However, you shouldn’t take these statistics as license to eat the entire pint in one sitting.

When you look at the ingredients in Halo Top, Enlightened, and Breyer’s Delights, the sweeteners used include erythritol, which is a sugar alcohol. In large quantities, this ingredient can cause diarrhea and digestive distress (via Eating Well). Not only that, but the prebiotic fibers can cause bloating and gas. Finally, the way these desserts make up for the lack of fat is with thickeners like maltodextrin, corn fiber, xanthan gum, and guar gum, which is a long list of additives for a dessert that still tastes like a diet version — especially when you consider it might end up causing you to gain weight.

END_OF_DOCUMENT_TOKEN_TO_BE_REPLACED

END_OF_DOCUMENT_TOKEN_TO_BE_REPLACED
We and our partners use cookies on this site to improve our service, perform analytics, personalize advertising, measure advertising performance, and remember website preferences.Ok