Home » Food & Drink » These Are The Only Salts You Really Need

These Are The Only Salts You Really Need 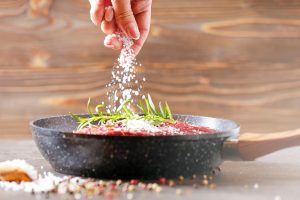 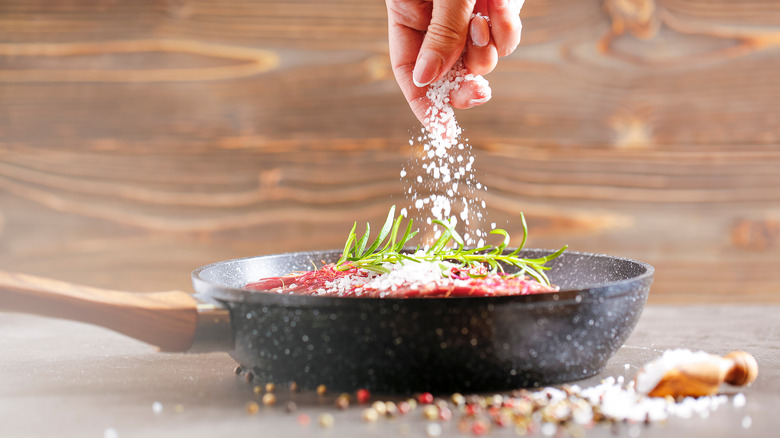 If you’re a kitchen guru, you may have a few opinions about the best kind of salt to use for various dishes. If you’re a relative novice, you could still have questions about which to choose. Salt plays an important role in kitchens all over the world. Adding flavor and acting as a plentiful source of sodium, the common table addition serves multiple purposes. Even though a recipe calling for salt seems pretty straightforward, there are actually an array of options that may work best for various dishes. Start with two common staples to stock your pantry.

For starters, Kosher salt — which isn’t always Kosher — is best for salting meats and pots of water, Self explains. Amy Eubanks, chef and global culinary development coordinator at Whole Foods Market, tells the outlet, “Many professional kitchens use kosher salt because it has a lower salinity, which makes over-salting more difficult [and] its coarseness allows it to be picked up and spread evenly with the fingers.”

However, when using Kosher salt, it’s important to note their different levels of salinity. In fact, different brands contain different amounts of sodium — check the amount before you measure the amount of salt the recipe calls for. Once you know the salinity of your Kosher salt, you can add flaky salt to your pantry. A thicker grain than classic table salt, this variety adds some salty texture to your food.

Save flaky salt for your important dinners 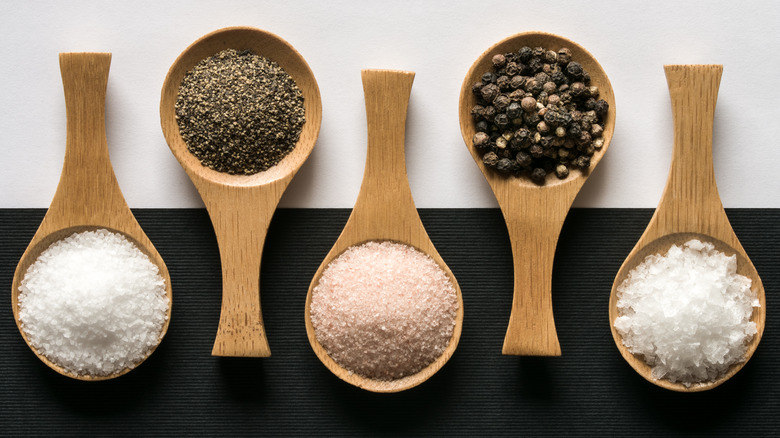 According to Self, flaky salt adds some seriously salty flavor to your dishes with a slight crunch. “It has a pleasant, crispy texture that is great for finishing touches, especially when you are looking for that salty bite on a dish,” Eubanks explains to the outlet. It also has a higher price tag than most types of salt, so the outlet suggests only using it for special occasions rather than as table salt.

You’ve also likely seen pink salt in higher circulation over the last decade. With food trends coming and going, pink himalayan salt gained popularity as the exotic variety from the Punjab region in Pakistan and is mainly sodium chloride — the same makeup as regular table salt, Food Republic reports. “Pink salt is a type of rock salt that gets its color from trace minerals such as potassium, magnesium, and calcium,” Eubanks tells Self.

For the really fancy and specific, black Hawaiian salt offers some serious detoxification properties alongside an Earthy taste, Food Republic notes. As for baking, regular sea salt offers the most reliable and tasty ingredient due to its ability to evenly disperse throughout your baked goods.

With so many options and textures, it’s best to do your research before you settle on one. However, sticking with Kosher and flaky salt will help you cover most of your cooking bases.