This Doctor Says You Should Eat More Fat and Fewer Carbs 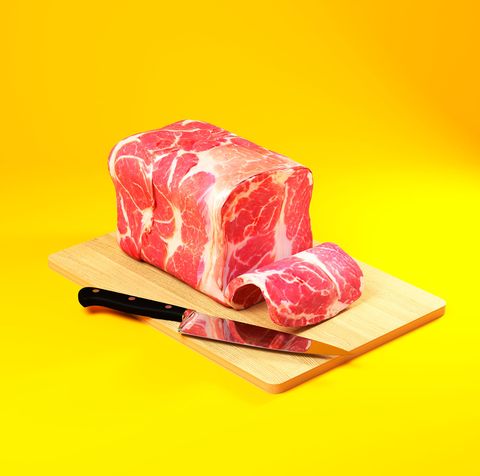 It’s been five years since we first published Grain Brain, a book that focused on the powerfully threatening nature of sugar, carbs and gluten in terms of brain health, functionality, and disease resistance. While the response to our messaging was extremely supportive and positive, we did receive our fair ration of pushback and challenge.

Clearly, what seemed most difficult for readers to embrace was the notion that consuming higher amounts of dietary fat could actually be a good plan as it related to things like brain health, weight loss, and controlling blood sugar. But welcoming fat back to the diet—along with ditching sugar and gluten—were ideas that had already developed robust scientific support and were central themes to the original text.

Soon after Grain Brain was published, we began to see a pretty dramatic uptick in interest in our book. And looking back, it’s become clear that Grain Brain’s global success seemed to relate to the success readers were having with an array of health issues, from skin disorders to headaches to weight loss, when they chose to incorporate our lifestyle recommendations.

Here we are, five years later. We’ve completely revised and have learned a lot. Most importantly, our most well-respected, current scientific literature has really dialed in and supported our original contentions, including these:

Gluten may bother you even if you don’t have celiac disease.

When we originally reported that many people could be sensitive to gluten despite not being celiac patients, this obviously challenged the beliefs of many dietitians and nutritionists who, through their Internet missives, made it clear that the only people who should restrict gluten were those who had proven celiac disease. We put forward the idea of non-celiac gluten sensitivity, not only indicating that gluten can be a real problem for people without celiac disease, but in addition, this sensitivity could involve areas of the body well beyond the gut. And while our views on this issue may have been disruptive in 2013, it’s encouraging that the Journal of the American Medical Association just last year fully validated the position.

Recent top-tier science offers major support to avoiding sugar and high glycemic index foods. In fact, in a 2018 report in The Lancet that involved 18 countries on 5 continents, risk of death during the study in those with the highest carb consumption was increased by 28%, while it was decreased by 23% in those who ate the most fat. And as it relates to the brain specifically, a stunning report in the journal Diabetalogia shows a dramatic correlation of A1c, a marker of average blood sugar, with dementia.

These days, the ideas of eating low carb foods, increasing healthful fat and avoiding gluten are far less eccentric than just five years ago when we first published Grain Brain. Now, there’s even more depth to the research—which we detail in our new, fully revised edition of Grain Brain—that strongly supports these fundamental recommendations that pave the way for better health, disease prevention, and specifically nurture a highly functional and disease-resistant brain.