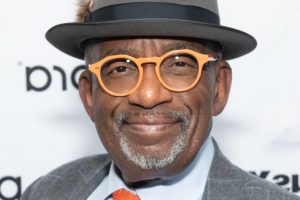 Al Roker may be best known for his role on the Today show, but the TV star has another passion he is sharing with his fans – and they couldn’t be more excited!

The weatherman announced on Tuesday that he is taking his love of cooking up a gear and is launching his own holiday-themed podcast, Cooking Up a Storm. Al will share his wealth of knowledge and help his listeners create the perfect Thanksgiving meal.

Confirming the news on Today earlier this week, Al revealed: “We’re going to take Thanksgiving dinner and deconstruct it. Each week, or each episode, we’re going to have a different part of the Thanksgiving meal. From stuffing to pies to turkey to all the side dishes.”

Al won’t be alone in his venture though as he will be joined by culinary experts including Ina Garten, Marcus Samuelsson, and Alexander Smalls, who will be sharing their Thanksgiving tips, recipes, and stories behind their favourite dishes.

Also sharing the news on his Instagram account, Al added: “Wait….what? #Thanksgiving is exactly a month away. Crazy right? Join me and my guest chefs as we prepare an amazing #holiday meal together on my new #podcast, COOKING UP A STORM with AL ROKER, dropping Nov. 1.”

Fans rushed to share their excitement over Al’s new podcast – which drops on all major podcast services on 1 November – with one responding: “This. Is. AMAZING!” A second said: “Awesome! Congrats. Let’s cook!”

A third added: “Can’t wait to see what you will be cooking up!!” A fourth replied: “I can’t wait!”

Fans can rest assured that Al’s Thanksgiving recipes will be easy to follow as he has admitted in the past that he is not a fan of labour-intensive dishes.

“The recipes don’t have a lot of ingredients, and they don’t require fancy techniques, just basic cooking skills,” he explained. “This keeps them fun and accessible. If it’s a chore, then it’s boring.”

Of course, Al is no stranger to sharing his love of cooking. He has released two cookbooks and often hosts cooking segments on Today.