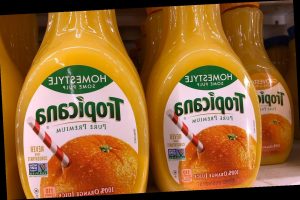 Tropicana has issued an apology for an ad campaign after sobriety groups claimed it encouraged people to drink.

The ad campaign, which has since been removed, featured celebrities like Gabrielle Union, Jerry O’Connell and Molly Sims showing off their secret mimosa fridges, which were disguised as other items like laundry hampers or tool boxes, the New York Post reported.

The celeb parents then allegedly explained how each "Take A Mimoment" – a play on mimosa – away from their kids to treat themselves to the alcoholic beverage made with Tropicana juice. The postings have since been deleted.

According to the Post, one of the deleted ads from Sims, said her "Mimoment" came "when you hide in your closet and you pretend like you have a hamper, but it’s actually a minifridge. It’s amazing. It’s so I can be a better mom. The best mom." 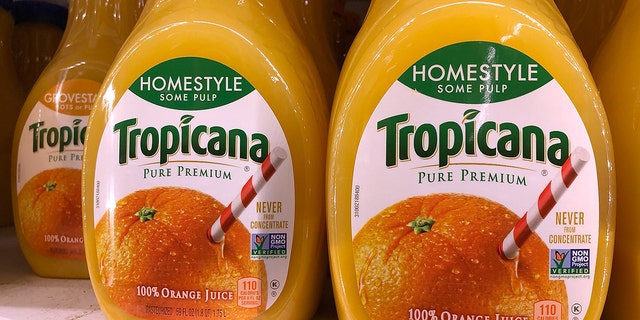 Union and O’Connell shared similar joking stories. Tropicana also called out the parents "juggling it all," instructing them to "Find the ultimate moment of brightness for yourself – wherever and whenever – with a Tropicana mimosa, of course."

However, sobriety groups who saw the ads did not find them humorous, claiming it promotes dangerous habits in parents.

"At a time when alcohol consumption by women is up at dangerously high rates, it is irresponsible for a company or celebrity to put their stamp of approval on what [could] essentially [be] the beginning of alcohol dependence," Martha Duke of sobriety support network Recovering Out Loud told the New York Post. "A woman who is questioning her own relationship with alcohol is less likely to seek help if it is deemed a normal coping mechanism for stress."

Many comments reportedly seconded Duke’s concerns, claiming the ad was dangerous. One commenter stated the campaign "was explicit in demonstrating that hiding from one’s family, including leaving young children unsupervised, to drink alone was the answer."

The backlash prompted Tropicana to remove the ad and issue an apology on Twitter.

"We want to apologize to anyone who is disappointed in or offended by our recent campaign," Tropicana wrote. "The intent behind it was in no way meant to imply that alcohol is the answer or make light of the struggles of addiction."

The company  has discontinued "any further activity in support of the campaign."

The feedback on the apology has been mixed, with some feeling it did not go far enough.

Meanwhile, the majority of comments seemed to defend the fruit juice’s ad.

The campaign reportedly was not up long before Tropicana pulled it.

END_OF_DOCUMENT_TOKEN_TO_BE_REPLACED

END_OF_DOCUMENT_TOKEN_TO_BE_REPLACED
We and our partners use cookies on this site to improve our service, perform analytics, personalize advertising, measure advertising performance, and remember website preferences.Ok