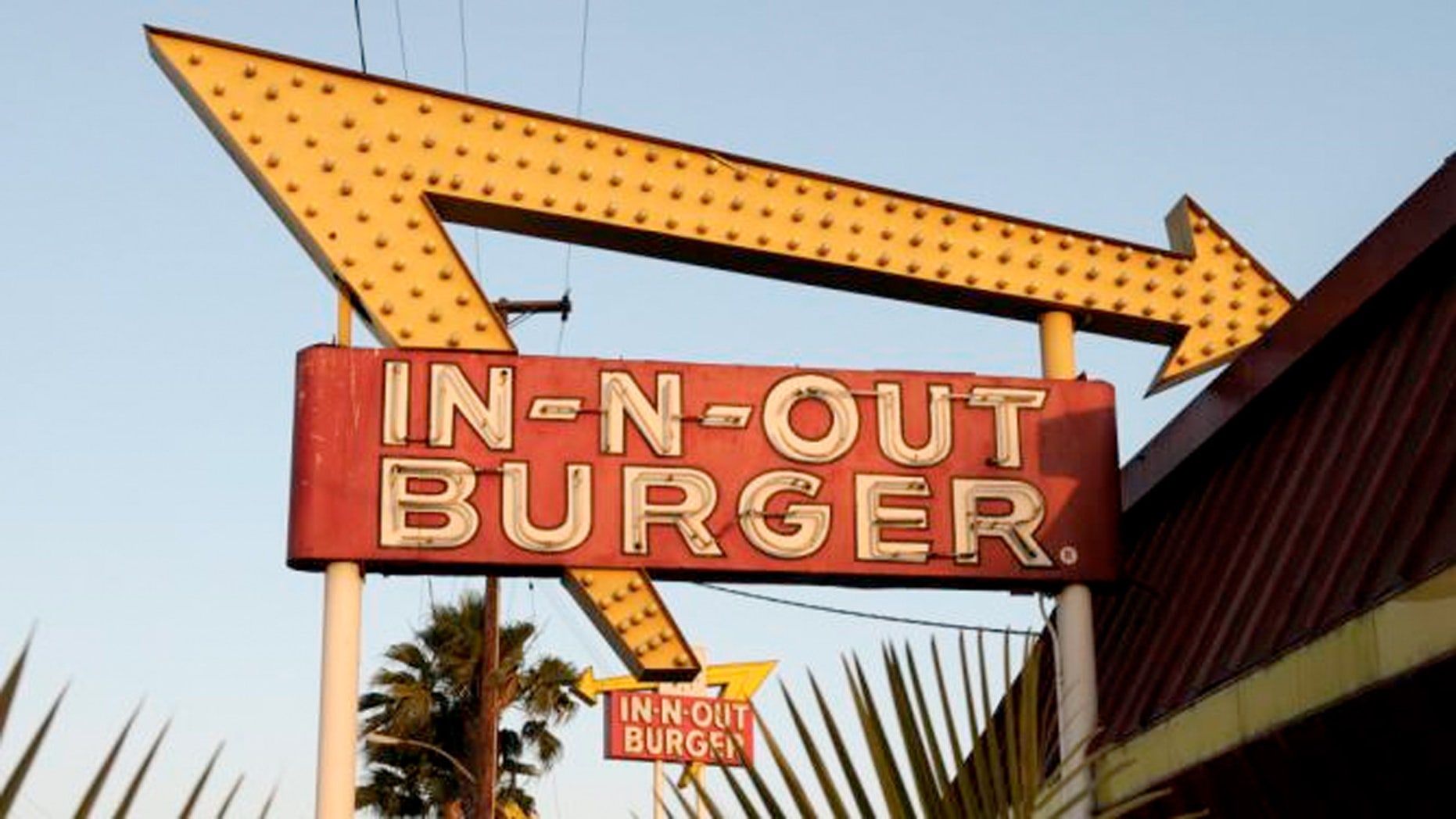 In-N-Out Burger has been targeted by a model in workout videos that some accuse of "fat shaming" the chain’s customers.

Victoria's Secret model Kelly Gale is catching heat and being accused of “fat shaming” for posting videos of herself working out in front of an In-N-Out Burger restaurant in California.

The 23-year-old model posted a since-deleted Instagram story on Wednesday showing herself in a fitness routine outside the burger chain's Monterey location.

The first clip shows Gale inside the restaurant asking “We’re at… In-N-Out? …so I guess I’m having my pear” before taking a bite out of the fruit she brought with her.

Other clips show her outside the restaurant's front door wearing workout gear.

“Who else works out at in n out?” a caption read.

Her workout consisted of jumping rope, deadlifts and leg exercises.

“Not gonna pretend that I eat here guys cause I don’t,” she captioned, in addition to "Hustle for the muscle right?" The video finishes with a friend bringing over a bagful of carrots, celery, baby tomatoes and bell peppers.

The video didn't go over well with some, who accused Gale of fat-shaming customers and her followers.

"Who the hell does @KellyGale_ think she is? How dare you #fatshame others? #kellygale @innoutburger is the best and you can eat whatever you want Ms. Gale but please don’t be so pathetic and unkind to others. #Entitlement is not cute #InNOut," user Khandra Moha tweeted.

"I think it’s pretty obvious @KellyGale_ is having some kind of mental issue and needs some help. Let’s not shame her like she choose to shame others," sissy2014fo tweeted.

"So model #KellyGale stood outside an #InOutBurger place and started shaming people for going to the fast food restaurant. I wish I’d be one of the customers because I would’ve been like: “Work harder! Is that all you got?!” while eating my French fries. Girl, please…," another said.

Gale did have some defenders.

"People getting salty at Kelly Gale for working out outside of an In-N-Out is comical. She’s drawing attention to healthy living, sorry that you’re realizing that stuffing your face with fast (fake) food doesn’t align with that," one user tweeted.

Gale's effort wasn't the first against In-N-Out to face a backlash.

In August, an IN-N-Out burger boycott proposed by then-state Democratic Party chairman Eric Bauman of California failed miserably when many of the restaurant's loyal customers objected to the plan and other states tried to lure the company to move its headquarters out of California.

Bauman resigned the party leadership in November amid allegations of sexual misconduct.