Home » Food & Drink » Where to eat, drink and party in London from Peckham Skylight to Brixton Village

Where to eat, drink and party in London from Peckham Skylight to Brixton Village 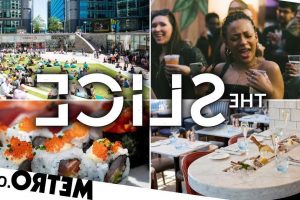 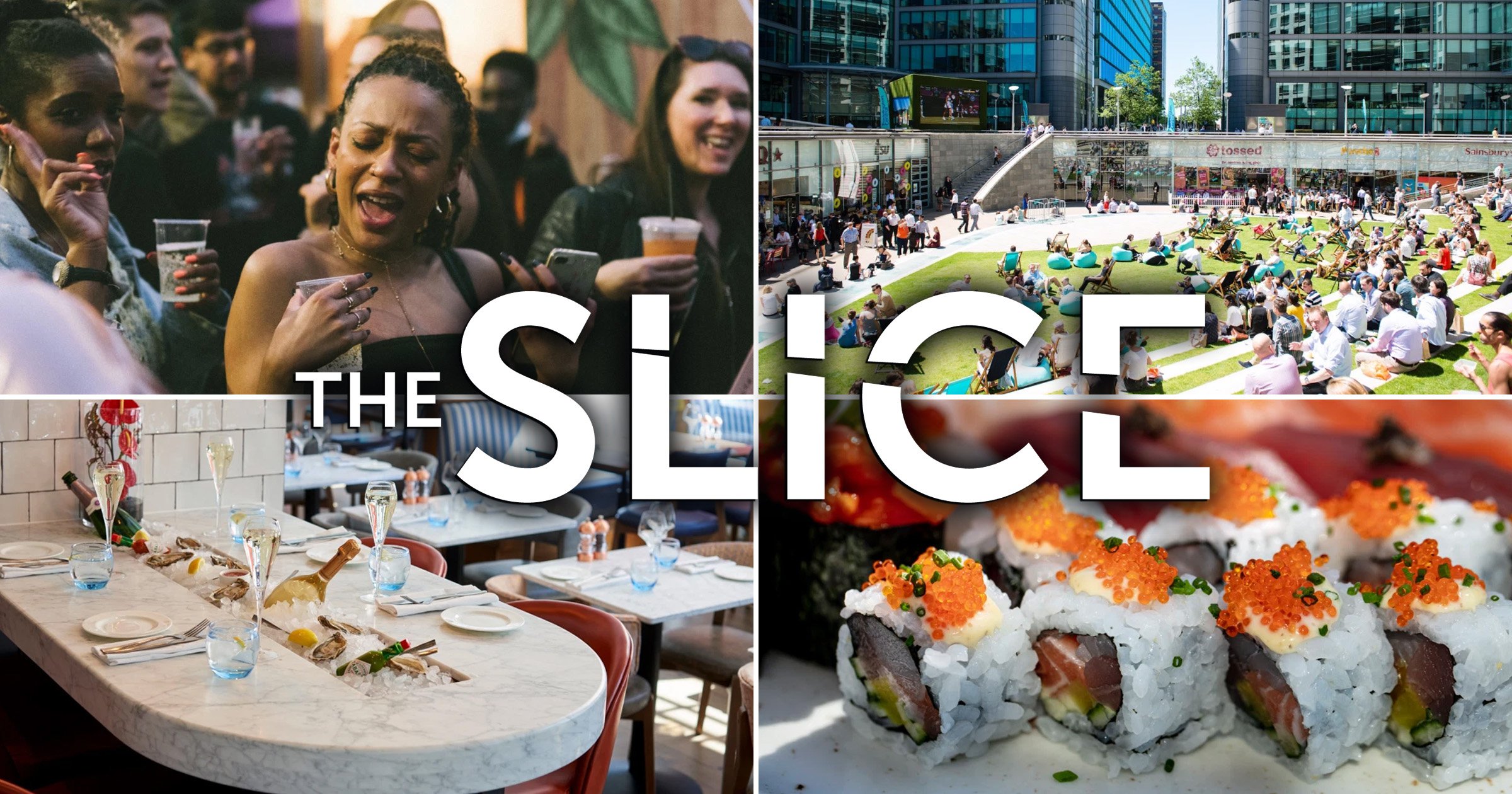 This week we’re going to be wearing out our Oyster Cards (do people still use those?!) as we criss-cross the capital.

We’re combining speed-dating with a HIIT class in Kensington, eating Japanese overlooking St Paul’s, securing a seat at Peckham’s hottest new opening, Skylight, filling our diaries (and bellies) with Brixton Village highlights, watching the Olympics in Paddington and munching on matcha in Marylebone.

And if that little lot helps bring Transport for London back from the brink, then we’re good with that, too.

You’d be Madison not to

Don’t you just love it when you see two friends come together and it turns into a beautiful relationship?

Well, Madison — the Manhattan-style rooftop bar with views to die for — has hooked up with sushi restaurant Issho-Ni (we don’t know if it was a Tinder thing or what!) and wonderful things have happened, namely a collaboration.

Yep, if you bag yourself a table up there where the sun shines, you can now dig into fresh and tasty sashimi and sushi — we’re talking seared butterfish, salmon tartar, nigiri, the works — all washed down with Issho-Ni’s best-selling cocktail, the Shisorita, a Mexican tequila and mezcal combo.

But be warned, this is a classic summer romance — for one month only — so don’t hang around!

This place has Pecks appeal

We have just three weeks to get an outfit together (ugh, we hate all our clothes right now!) for the grand opening of a very exciting project: Skylight Peckham.

You know Skylight, the rooftop bar in Tobacco Dock, right? Well, now they’ve bagged a venue in perhaps the hottest hot spot in all of London — Peckham.

And, yes, it’s a rooftop with panoramic views from above Peckham Square.

And, sure, as you’d expect for this discerning crowd, the interiors are design-perfect while the terrace is a brunch-ready, cocktail-in-hand space that’s decked out with fairy lights and DJs.

Set to be the hottest ticket in south London, start your campaign for seats now!

Limber up to find love

We’re all fans of dating show Naked Attraction, but you don’t want quite that much information when you’re out on the pull, do you?

That said… you do want some indication of what lies beneath. That’s why we reckon a singles night at a gym, including a workout, might be just the ticket.

At Core Collective you get to see your prospectives in their workout-wear, check their strength and stamina, and smell those lovely pheromones at full strength!

The night starts with a 45-minute HIIT class, including couple-based exercises, then it’s time to shower and cool off with unlimited cocktails and Flower Burgers — that’s colourful vegan burgers to you — before getting stuck into the speed-dating and DJs! And all for £30. Perfect!

Something to screen about

We love discovering new areas, and even though we’re very familiar with Paddington, we’ve yet to do Paddington Central — that area between the Grand Union Canal and Paddington Station — full justice.

Well, that’s about to change now they’ve erected a massive screen so we can watch our Olympics and Paralympics, plus some family films, in their amphitheatre.

We’ll be getting our barbecue food from Smith’s Bar & Grill (the miso-glazed chicken rocks hard), though there are tons of other places to choose from, and staying long after the sports are over just to take in that canal-side atmos.

Maybe with a drink in hand. Well, we say ‘maybe’… We’re thinking it could be a perfect date spot.

Party with the Village people

We do love an activation. And that’s what the new programme of stuff going on at Brixton Village is all about. Activations.

Take this evening, when some of south London’s top musical and comic talent show off their stuff at Brixton Performs.

Then from tomorrow, Afro-lux art brand Chinakwe is hosting a free exhibition, while on Saturday it’s a full-scale barbecue cookout.

But we’re reserving some energy for what is set to be the biggest party of the season — Jamaican Independence Day on August 6 — which includes Shabba Party DJs all lubricated, no doubt, with rum cocktails and the finest Jamaican specialities from the Village restaurants.

Time for a Crafty one

Now we’re not ones to tease you with beer weeks before you can actually get your fill, but we’re concerned that if you don’t bag your tickets for the London Craft Beer Festival now, they’ll all be sold out.

And then you’ll only be there with your nose pressed up against the window while those more organised people are inside celebrating the finest in craft beers from the coolest breweries at home and abroad, as well as some of the best street food plus DJs including Django Django, Craig Charles and Shortee Blitz.

And that would be sad. So clear a space in your diaries, sort those tickets… and maybe have the odd pint just to get yourself in training.

Shell out for something special

Another week, another National Day! This time the spotlight falls on oysters, with National Oyster Day being celebrated on August 5.

And to help you mark the occasion, FishWorks has come up with a flight of three different — and delicious! — oysters for £12, with a wine pairing for an extra £9.

Or Korean Lindisfarne rock oyster alongside a Riesling — the wine that’s all the rage right now.

You have two weeks to make the most of it at their outlets in Marylebone, Swallow Street and Covent Garden.

Why not make it a date night? You know what they say about oysters…

Tuck in to get Matcha fit

Coffee may be good for your liver (true fact and we certainly need a bit of that) but it probably doesn’t have the health benefits of matcha, the Japanese green stuff that’s chock-full of antioxidants, which are good for… well, pretty much everything.

But that doesn’t mean Marylebone’s new cafe and dessert station How Matcha! is a no-fun, take-your-medicine kind of place. Au contraire!

The magic green powder may be present in its drinks and many of the desserts, but you’ll feel like you’re indulging yourself with its matcha-infused cakes and pastries.

Or you could go for their avocado and dukkah on toast, or an organic matcha honey on sourdough, washed down with a matcha-based drink to boost your immune system or complexion… or maybe both.

It’s the future, people, embrace it!