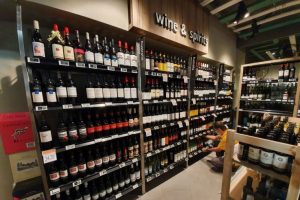 More people are turning to wine to while away the time at home as distributors, online retailers and supermarkets report spikes in wine sales.

A spokesman from FairPrice says: “We have seen the demand for wines increase by more than 50 per cent compared with the same period last year.”

At Cold Storage, there was an “initial increase from when the work-from-home measures were announced, as customers started moving away from drinking and dining at restaurants and bars”, says Ms Fiona Stephens, 39, Dairy Farm South-east Asia’s regional merchandise manager for beer, wine and spirits. “We are now seeing more consistent growth as people settle into the circuit breaker.”

During the circuit breaker period, bars and restaurants can offer only takeaways and deliveries.

Cold Storage has also seen an increase in customers picking up more premium wines from countries such as France, Australia and New Zealand.

Both supermarket chains are preparing for growing demand as there are still almost six weeks of the circuit breaker to go.

FairPrice says it will continue to “monitor the market and source from various suppliers and from several countries to ensure we offer products at competitive prices”.

Meanwhile, Cold Storage has brought forward shipments. It has always been sourcing more than 70 per cent of its wines directly from wineries “so as to pass on the savings to our customers”, Ms Stephens says.

Smaller home-grown players such as leading wine importer The Straits Wine Company have seen a 35 per cent spike in retail sales, mainly due to online purchases and home deliveries. On-trade sales, in contrast, have plummeted with restaurant closures.

Mr Patrick Sng, group chief executive officer of Straits Wine Group, says: “The average expenditure has gone up by about 30 per cent, to around $200, during the circuit breaker period.”

Like at the supermarkets, premium red wines are moving, as are white and sparkling wines.

“We suspect people could be starting their drinks earlier in the day,” says Mr Sng, who is in his late 40s.

“Since people are cooking and dining at home a lot more, we see more home chefs trying food and wine pairings. Wines that pair easily with day-to-day meals like a Chardonnay, a lighter-style Cabernet Sauvignon, even a Brunello are popular.”

The company has rolled out a series of campaigns on its social media platforms, with suggestions for wine pairings with local foods.

Smaller companies with private clients like Pinnacle Wine & Spirits, as well as ST Wine, which curates wines for readers of The Straits Times, Lianhe Zaobao and The Business Times, have also seen increased interest and sales.

Pinnacle’s business manager Caleb Wong, 32, says customers are willing to spend anything from $400 to $1,000 an order.

“We have seen a growing trend for wines that are off-the-beaten track. For instance, we have received a lot of inquiries on social media for Chateau Musar, a Lebanese wine we represent,” Mr Wong says.

Among those who have stocked up their wine cellar is software company founder Ng Ban Loo, 49, who saw his spending on wines go up by half when the circuit breaker kicked in.

Now that only online deliveries are allowed, the regular customer of The Straits Wine Company says he is forking out $300 to $400 each time. He used to pick up the wines from the outlet nearest his home.

And since he is spending so much time at home, he now goes through 11/2 bottles daily.

Lawyer Chan Hock Sen, 62, noticed a few bargains on ST Wine recently and paid $400 for a case of a dozen bottles.

And, yes, he has been drinking a lot more too.

“It’s rewarding yourself for not being able to go out,” he says.

“Now that there’s nothing much to do, it’s a treat at the end of the day.”

END_OF_DOCUMENT_TOKEN_TO_BE_REPLACED

END_OF_DOCUMENT_TOKEN_TO_BE_REPLACED
We and our partners use cookies on this site to improve our service, perform analytics, personalize advertising, measure advertising performance, and remember website preferences.Ok