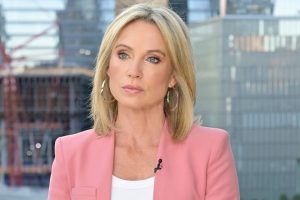 GMA star Amy Robach has been taken off air amid romantic revelations concerning herself and co-star T. J. Holmes. It has been reported that the anchor has left her family home in Manhattan, where she used to reside with her husband Andrew Shue and her daughters Ava and Annie.

Over the years, Amy has inadvertently unveiled several areas of the property on her now-deleted Instagram account. Take a tour…

Amy gave fans a peek inside her huge living room during a stunning makeover, which saw her transform her white walls to black. Despite the darker hue, the room is flooded with natural light thanks to several floor-to-ceiling windows.

Amy revealed another section of the room following the transformation, revealing grey wooden floors with a giant off-white rug filling the center of the room, framed by a circular coffee table in the middle. 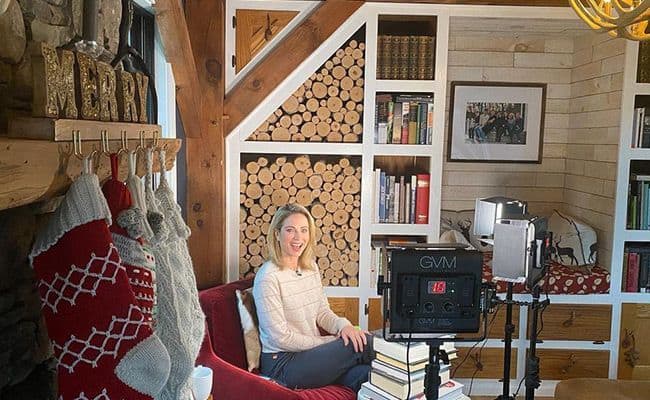 There is also a pinkish-beige sofa pushed up against the windows and white exposed brick walls which also help reflect the light, creating the sense of an even bigger space.

In another living area, the room has an exposed brick wall at one side, combined with grey paint elsewhere, while a retro black glass-front cabinet upholds the retro theme that runs throughout the house. A green and blue star fixed upon the wall above, meanwhile, adds a touch of character to the space.

Amy and her husband have a pretty amazing home in the Big Apple with plenty of rooms, but she previously admitted that her industrial kitchen is her favorite space in the house after renovating it in 2020.

“I wanted it to be industrial chic,” Amy said during a video tour with Mara Schiavocampo.

She showed off quartz countertops, made to look like concrete, an exposed brick wall which she and Andrew built themselves, and white herringbone tiles.

She also revealed one hidden feature for added storage – a sliding door containing rows of shelves for all of her dry and canned foods. “This is also one of my favorite things,” she said as she made the big reveal.