Home and Away spoilers: Sibling arrest, kidnapping and shock outbursts 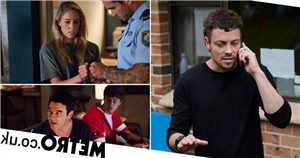 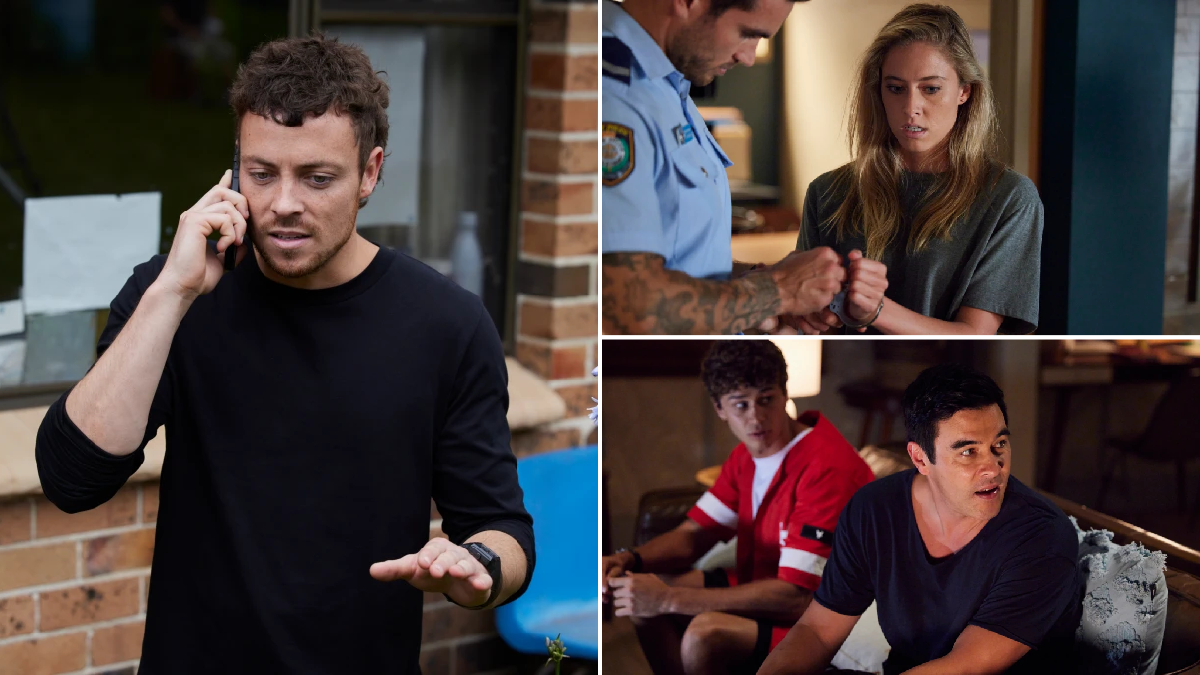 This week on Home and Away, Bella (Courtney Miller) is forced to consider spending the next three months without Nikau (Kawakawa Fox-Reo) on the other side of the world as her boyfriend says he can’t come with her to New York.

With Emmett (JR Reyne), Dean (Patrick O’Connor) and Mackenzie (Emily Weir) urging her not to let this once-in-a-lifetime career opportunity pass her by, will Bella find the strength to pursue her passion in the US while Nikau stays in the Bay to focus on his?

Elsewhere, Cash (Nicholas Cartwright) and Rose (Kirsty Marillier) have a lot on their plates after Xander (Luke Van Os) gives them new information on the car crash. Faced with Millie (Zara Zoe) in the interview room, Rose can’t help but let her opinions interfere with her professionalism…and Cash takes her off the case.

Plus, just as the cops are looking for Dean so he can be arrested, he shows up with an interesting development…

Here’s what’s coming up on Home and Away for the week beginning Monday 11 July.

Cash intervenes after Rose attacks Millie during a police interview

Xander has finally built up the courage to give a statement about Millie and the accident. Cash and Rose are shocked to discover Millie was reading a text while she drove, realising Logan’s charges would be reversed. However, as it’s Xander’s word against Millie’s, Xander’s statement could be difficult to prove. When Millie is brought in for questioning, she immediately claims Xander has been harassing her. Protective of her brother, Rose accuses Millie of blackmailing Xander to save herself. Shocked at her conduct, Cash sends Rose out of the interview room and finishes up with Millie before going to confront his colleague…

Will Bella and Nikau break up as she departs for America?

Bella comes back from the city with her passport, full of excitement. She begins her sales pitch to Nikau, planning to describe all the fun activities they can do together in New York, but Nikau stops her. The US is her dream, not his. He needs to stay in the Bay and continue his work, and she needs to pursue her dream on the other side of the world. Bella is heartbroken, and wonders if they can make it. She realises that leaving is the right thing to do, but as she packs, Nikau silently wonders – once she’s gone, will she ever come back?

Dean realises Nathan has framed him for PK’s murder after the cops discover a blood-stained wrench in Ziggy’s car. With Nathan suspiciously missing, Dean asks the River Boys to step in and track him down. He and Ziggy attend Bella’s farewell party in Salt, but River Boy Nugget is blowing up his phone. He steps outside to get the update on Nathan, much to Ziggy’s concern. The next day, he leaves a note telling Ziggy not to worry, and heads over to an abandoned shack. Inside is Nugget, his associate…and Nathan, tied to a chair. Dean tells him it’s time to start talking…

Cash discovers his sister was behind Salt’s illegal poker nights

Cash has a warrant out for Dean’s arrest, but not long after he’s returned to the station he is surprised to see Dean show up with Nathan in tow. Nathan admits that he’s responsible for PK’s murder, and he tried to frame Dean for the crime. In the interview room, Nathan reveals his motives for killing PK, but lets slip that he was trying to protect Mackenzie from PK’s abuse. Cash asks how Mackenzie knew PK, and Nathan is forced to tell the cops about the illegal poker nights. Cash questions who was organising them, and is stunned when Nathan says it was his sister, Felicity…

Justin snaps after Chloe sees him naked in the shower

Justin and Leah are becoming increasingly impatient with Chloe and Theo taking up all of the space in the house, and they debate how to delicately tell them that they feel they’re intruding in their own home. But just as they prepare to start the conversation, Chloe arrives with groceries and says she wants to cook everyone dinner as a thank you. They begin to wonder if there will ever be a right time to say something, but when Chloe walks in on Justin naked in the shower he decides they need to let the couple know the truth – and fast!

Will Mackenzie let Felicity take the fall for her?

Felicity and Tane are loved up at home when they are interrupted by Cash at the door. Cash says Felicity is under arrest, and she thinks her brother is joking until he mentions the poker nights. Terrified, Felicity is taken away in cuffs while a helpless Tane looks on. In Salt, Mackenzie is relieved to hear Nathan confessed to PK’s murder, but then Tane arrives and tells her Felicity has been arrested. He urges Mackenzie to tell the cops the truth, but instead we see Mackenzie loading up her car with suitcases…is she going to flee the Bay and let Felicity take the fall?

Logan has been struggling in the aftermath of discovering Mackenzie’s lies about the illegal poker nights and being forced to attend to Tane’s stab wound in the middle of Salt. He has also been charged with reckless driving causing death, so the combination of bad news has led to him turning to drink and trying to approach Mackenzie while severely intoxicated. He apologises to her the next day, but he is still living at the hospital with nowhere else to go. So when Alf asks if he can admit Roo to the hospital for a bit as she is struggling with separation anxiety over her mother, Logan snaps and tells Alf that they’re not running a babysitting service – some patients genuinely need the beds…

Justin and Leah on the rocks after he lies about her to Chloe?

After being caught naked in the shower by Chloe, Justin tells Leah it’s time to break the truth to the young couple – they can’t spend all of their time at the house. Leah arranges a lunch at Salt for the four of them and begins to introduce the topic. However, Justin jumps the gun and puts his foot in his mouth by saying ‘Leah doesn’t want Chloe around the house all the time.’

Chloe is aghast and runs off in tears, while a furious Theo asks why they had to be so cruel. Plus, Leah is furious with Justin – why did he blame her in such a blatant lie? The couple’s argument continues for much longer than usual, with neither of them willing to make amends – what does this mean for their relationship?