How Al Roker is recuperating at home after health battle 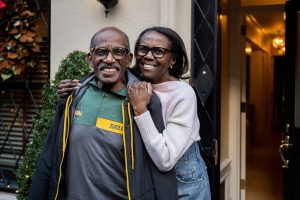 Although Al Roker isn’t yet well enough to return to hosting duties on Today following his recent hospitalization, he has been keeping fans updated with how he has been spending time at home while he recuperates.

The 68-year-old has been spending time with his family at his Manhattan home, where he was surprised by his co-stars, including Savannah Guthrie, in an emotional moment last week.

WATCH: See the moment Al Roker is surprised by his co-stars outside his home

Fans were happy to see that Al was feeling well enough to enjoy one of his favorite past times, cooking, as he shared a photo of a homemade meal he had prepared for his family on Monday, writing: “Made a beef and veggie lasagna tonight. @cleilapatra was doubtful but needed liking it.”

MOST READ: What is wrong with Al Roker? The Today star’s alarming health battle revealed

“If you’re cooking, you’re feeling better! Keep on, keeping on,” one commented on the photo, while another added: “So happy you are feeling well enough to cook, have missed your cooking posts.”

Al has also been getting into the festive spirit by decorating his home with his wife and children ahead of Christmas. “So thankful to be well enough to decorate the Roker Family #christmastree,” he captioned a series of photos shared with his 899,000 followers.

It’s been a particularly hard time for Al over the past few weeks, as not only has he been recovering after having blood clots on his lungs, but he also faced the devastating news that his sister Patricia had passed away shortly after he was discharged from hospital.

Al also put up Christmas decorations with his family

The TV star, who has been a part of Today for over 25 years, was admitted to the hospital shortly after Thanksgiving due to blood clots and remained hospitalized for over two weeks.

Al, who has taken an absence from the show due to being hospitalized, gave an update to viewers from home ahead of his co-stars’ sweet surprise. “It has been a tough slog, I’m not going to lie. 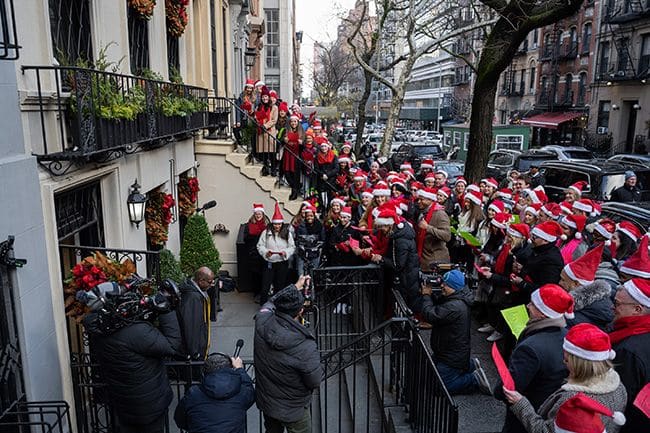 Al appeared on Today outside his Manhattan home

“It has been the hardest one yet and I’ve had my share of surgeries. I have a lot of things and people to be thankful for.” He continued: “It gives you a profound sense of gratitude for this outpouring of prayers and thanks.”