The trouble with such moths is they are very difficult to catch “in the act”. The adults are tiny, dull, cream insects that rarely fly and only scuttle into crevices so you’re unlikely to see them. The larvae are small and cream and by the S time you’ve found those in clothing it’s too late. A hundred years or so ago thrifty housewives packed the family wardrobes with mothballs or camphor as deterrents and today’s hardware shops sell moth-killing chemicals.

But for organic-minded folk it goes against the grain to use pesticides to protect clothes, especially in bedrooms where you or your children can’t avoid breathing them in all night long.

Luckily, there are several natural remedies which rely on aroma to fend off moths. The ones you usually see for sale are cedarwood spheres or sticks. Old-fashioned lavender bags do the job too. If you grow lavender, harvest some heads in midsummer, dry them and sew into small sachets made from remnants of pretty cotton fabric.

Slip a few into drawers or hang them inside cupboards.The scent of lavender is said to help you sleep and it certainly makes your clothes smell nice.

Two species of Artemisia, wormwood and southernwood, can also be used, either as fresh sprigs that you suspend from a ribbon, or dried and made into sachets mixed with dried lavender, which improves the pungent smell.

A far more exotic natural moth repellent is patchouli oil, a member of the mint family originally from Indonesia and Malaysia. 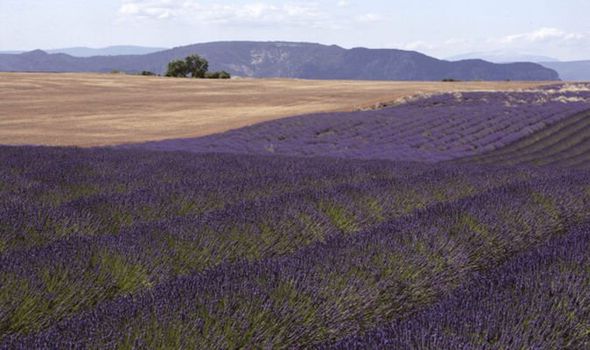 The great thing about natural moth remedies is they smell nice but I’m not sure I’d rely on them alone.You really need a multi-pronged attack.

As well as using a herbal repellent the usual recommendation is to keep natural fibres regularly washed or dry cleaned and pack them in sealed plastic bags when they aren’t in use. Putting a jumper in the freezer for a week is also said to kill moth eggs.

Who knows, they could be the next big fashion trend. Ski pants anyone?

END_OF_DOCUMENT_TOKEN_TO_BE_REPLACED

END_OF_DOCUMENT_TOKEN_TO_BE_REPLACED
We and our partners use cookies on this site to improve our service, perform analytics, personalize advertising, measure advertising performance, and remember website preferences.Ok