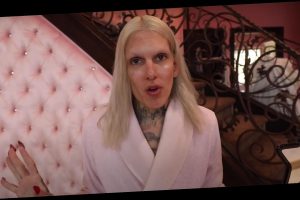 According to Variety, the controversial YouTuber and beauty mogul, 34, has listed his 6,785-square-foot home in Calabasas, California, which he purchased four years ago, for $3.595 million. The six-bedroom,  seven-bathroom mansion is currently listed with Marc and Sara Shevin of Berkshire Hathaway HomeServices.

The highly customized property sits within the Calabasas Park Estates gated community. According to the listing, the house boasts large-scale rooms, including a two-story foyer, which is described as "warm, inviting and filled with natural light."

There's also a kitchen with two islands, a breakfast bar, stone counters and a custom cove ceiling, and a family room with a wet bar and fireplace. The formal dining room has a built-in aquarium and the spacious living room features French doors that open to a private yard.

Never miss a story — sign up for PEOPLE's free daily newsletter to stay up-to-date on the best of what PEOPLE has to offer, from juicy celebrity news to compelling human interest stories

The residence comes with more than a splash of hot pink on the premises, a given for a mansion once referred to by Star as his "Barbie dream house." He gave a tour of his bank-vault closet in a May 2019 vlog and shared a "saying goodbye" video tour of the property in December 2019 (above).

News of the listing comes months after Star recently gave a video tour of his new stomping ground (below), which he has dubbed his "dream home castle."

In January, the makeup artist showed fans the upgraded mansion, a Hidden Hills compound, for which he reportedly paid $14.6 million.

“I woke up this morning, I sobbed,” Star said in the video, prior to the tour. “I cried happy tears this morning; it has been such a crazy journey getting here and I think sometimes people only see the success or the rewards. On a real level, 6 years ago I had $500 to my name.”

“I had tax debt, I had the worst crazy experiences that one day I will share,” Star continued, before sharing his many accolades. “I’m proud that I’m self-made. I’m proud that I’ve gotten this far on my own. When I quit music, I literally had about $400-plus left. It was me, Diva and Diamond in my apartment,” Star says of his dogs.

“I never gave up on my dream. No dream is ever too big. I am self-made. I taught myself how to be CEO of a cosmetics company and now we are one of the top 10 brands in America like what the f—,” he said at the time about his Jeffree Star Cosmetics, which launched in 2014.

In the vlog, Star explained why the real estate upgrade was necessary for him: he'd simply outgrown his “Barbie” house.

“I had no room to put anything,” Star said. “With two dogs passing this year, we were ready for a change. When I saw this place online, my head was like ‘Oh my God, this is a dream.'”