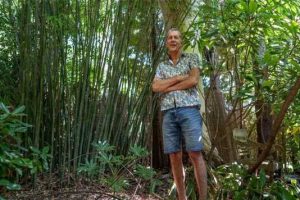 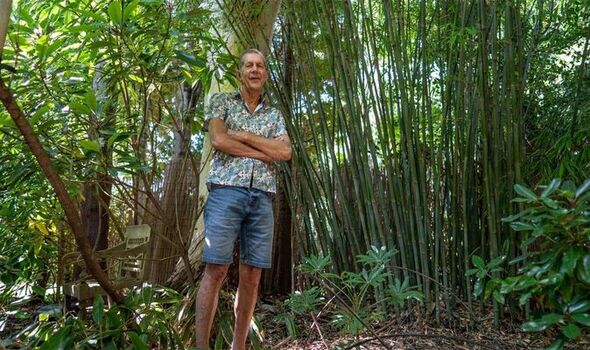 Green-fingered scientist Dr Simon Olpin, 70, has shared his worry about what could happen to his stunning garden in Sheffield, Yorkshire. The garden is full of 25-foot palm trees and towering bamboo that he’s been growing since 1987. However, as the UK faces yet more hot weather, a hosepipe ban could be introduced in his area – spelling disaster for the tropical jungle paradise.

Simon said this was a worry – but he hopes that his garden will survive.

He said: “I have to do a lot of watering, it’s very nice and it’s unusual to have a jungle – most people do normal gardens.

“I am worried about the hosepipe ban but I can probably deal with it. I do water quite a bit but I don’t want to make a big thing about it, people get upset when you moan about watering your garden when there’s a drought.

“My garden is very established, a lot of plants grow well with water – but they’re also used to tolerating a dry period – the Himalayas and India, you often get dry periods then you get monsoon rains. 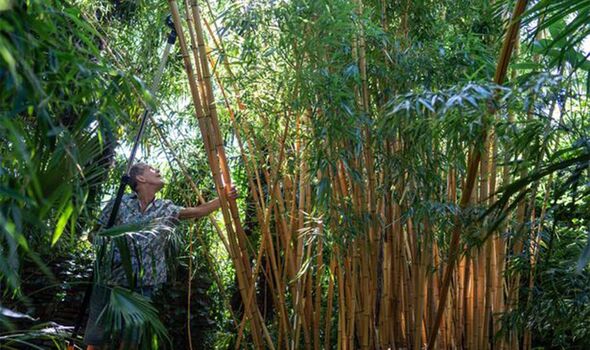 “So they’re used to it, if I can’t water it with a hosepipe then I can’t – they won’t grow, they’ll sulk a bit, but they’ll survive.

“I’m not looking forward to a hosepipe ban but my garden will tolerate it.”

Simon said that the way he has set up his garden means it can withstand dry periods better than other gardens, as the treated soil holds more moisture.

He continued: “I spend a lot of time just maintaining what I’ve got so there’s a lot of bamboo canes that need taking out every year, else it would be impenetrable, and old palm leaves need removing.

“I might remove several hundred large palm leaves every year and 400 big bamboo canes, they all get shredded and recycled and put back in the garden so it’s like a forest floor, quite literally – it’s very rich in organic matter and microflora and fauna, it’s what a normal forest would be like. 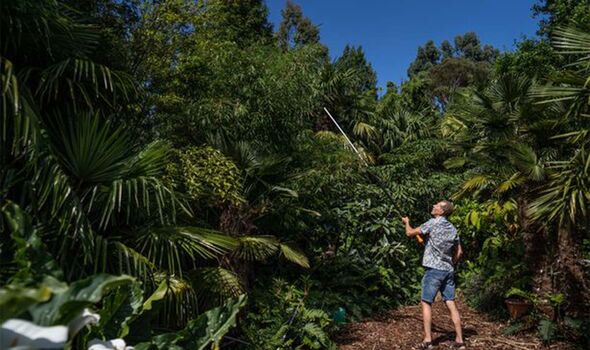 “It’s the top six inches of soil that keeps the forest going – it recycles the old plant material back into nutrients for the plant – and thankfully it holds water, because of the organic matter I put on the soil it holds much more water than normal soil would.

“My garden is very very rich in organic matter, it’s like a forest floor – it’s spongey. When you walk on it you can feel the sponginess of the soil and it absorbs moisture much better than untreated garden soil, so that’s in my favour.”

Simon, a consultant clinical biochemist, has been passionate about nature since he was a boy but his fear of flying means he has never visited any jungles. Instead, he brought the jungle to his suburban garden after planting his first tree in 1987. Since then, his 8,000-square-foot tropical paradise has grown to have more than 100 species of plants, with 25-foot palm trees towering over the land.

The green-fingered dad says the dappled shade that’s offered by his numerous canopies provides the perfect place to cool down as temperatures rise. 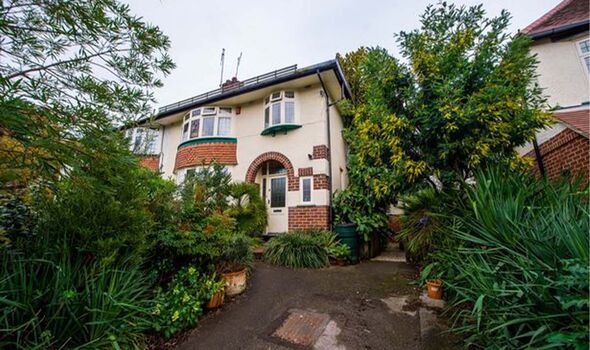 He said: “It’s lovely to be in the garden on a nice sunny day as it feels calm, warm and tropical – but it’s not blisteringly hot. When you move out into the sun on a very hot day, you immediately notice the difference – and it can become unbearable.

“We’re able to sit in the cool shade and have wine or tea with friends. It has a South-East Asian tropical atmosphere.”

Simon moved to the home in Yorkshire from Cambridge in 1987, and described his garden as a “blank canvas” that required a lot of “trial and error”.  But the green-fingered fanatic said he couldn’t put a number on the amount of hours or money he had spent perfecting his project over the last three decades.

Father-of-three Dr Olpin said: “I’ve always been interested in animals particularly when I was a little child. I was fascinated by everything that crept and crawled. When we moved to Sheffield I started to develop a more keen interest in exotic plants and we had a small garden which was a blank canvas.

“Over 35 years I’ve managed to bring a place like Bhutan or a bit of Southeast Asia to my garden in Yorkshire – it’s brilliant, to me at least. 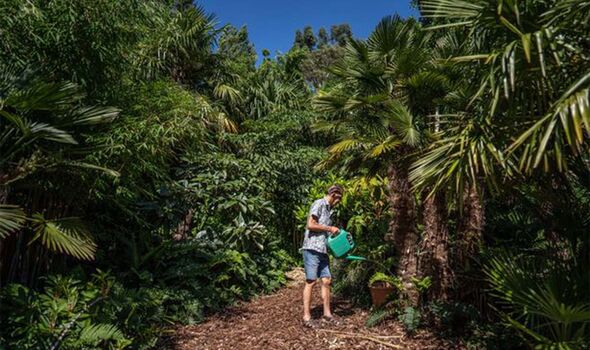 “I’m afraid of flying and will never get to visit these fascinating places so I’ve brought a bit of them back to my home in Sheffield of all places.”

Dr Olpin’s passion for plants and wildlife started when he was a youngster, but his love of the exotic came from a visit to The Lost Gardens of Heligan in Cornwall.

His first tree was an 18-inch Chinese windmill plant which he purchased from a university sale in 1988 – which is now roughly 25ft (7.5m) tall.

Dr Olpin’s ‘jungle’ has featured around 25 species of bamboo, three species of palm, four species of eucalyptus, and hundreds of other trees, shrubs, and plants. He has also created a small winding path to navigate through to a thatched hut which he built under two massive 32-year-old eucalyptus trees, which is 85ft.

He added that his garden is many people’s ‘worst nightmare’ but said it’s exactly the way he wants it.

He said: “It’s many people’s worst nightmare, they’d be horrified. It’s full of bamboo and you have to wind your way through it. But it’s natural. You do need good neighbours, as I have massive tall trees that sprawl 45 foot. It’s supposed to be a jungle and it looks like a jungle. That’s the way I want it.”

His family have grown up loving the adventure which comes from having a jungle in the back garden.

Most of the taller trees are older than his three children, Jay, 22, Lily, 28, and Holly, 30, who grew up believing tigers roamed their garden and that fairies left them letters penned on tree paper.

Dr Olpin added: “The garden was a magical place for my entire family. Walking through it is a bit of an adventure.

“The trees have actually watched my children grow up. It’s older than all of my children.”

While Dr Olpin has devoted an immeasurable amount of time and money to his garden over the last three decades, he said his main job now is just to keep it tidy and maintained.