Home » Home and Garden » Murder charges, embarrassing dinner and a favourite leaves in Home and Away?

Murder charges, embarrassing dinner and a favourite leaves in Home and Away? 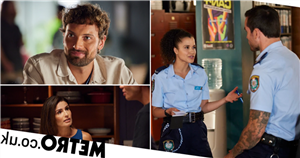 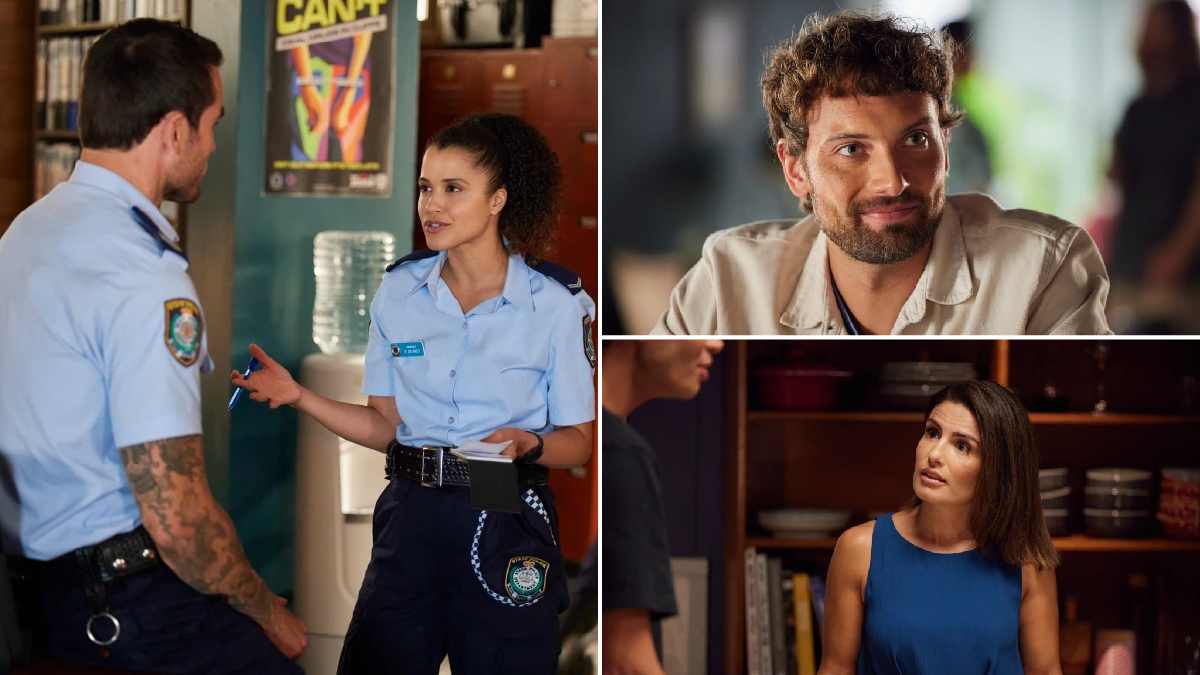 A murder investigation is underway in this week’s Home and Away episodes, as Cash (Nicholas Cartwright) and Rose (Kirsty Marillier) try to uncover who killed wealthy gambler PK (Ryan Johnson). When the coroner’s report comes in, they confirm his death was caused by multiple blunt force trauma wounds to the head with a wrench – but who did it? The spotlight is on several people, including Felicity (Jacqui Purvis), Mackenzie (Emily Weir) and Dean (Patrick O’Connor)…

Elsewhere, Theo (Matt Evans) is pleasantly surprised when Leah (Ada Nicodemou) suggests inviting Chloe (Sam Barrett) over to dinner. However, the new couple is left mortified after Leah begins interrogating Chloe at the table, asking what her intentions are. Chloe hastily leaves, and Theo is furious with his aunt – has she single-handedly destroyed the relationship before it’s even started?

Here’s what’s coming up for the week beginning Monday July 4.

Felicity is just getting back on track with Tane in the aftermath of his stabbing and emergency blood transfusion, when the police appear on their doorstep. Cash and Rose want to question Felicity about the fact wealthy gambler PK has just been found dead on the beach, but they make it clear she isn’t a suspect. With Logan listening in, Felicity is forced to cough up a half-truth and admit that Mackenzie was in a lot of debt. She says that PK helped her out – but when Rose asks what he wanted in return, she directs them to ask Mackenzie herself. Once the cops leave, Felicity realises that she and Mackenzie could be in trouble if Cash and Rose uncover their illegal poker nights.

After speaking to Felicity about PK’s death, Cash and Rose decide to follow up on their leads and track down one of PK’s known associates – Nathan Silva. They bring him into the station and he is immediately defensive, claiming they were friends. However, Rose points out that Nathan was in enormous debt to PK, giving him plenty of motive. When he leaves, Nathan is desperate to throw the cops off his scent and goes to rummage in a bush. He then pulls a wrench out of it, wipes it down with a cloth and looks around fearfully…what is he planning?

Ziggy lies to cops for Dean – then Rose discovers her deceit

Ziggy’s bright morning is interrupted by a worrying call from Dean – he’s down at the station, being interviewed over PK’s murder. She rushes down there, and Rose notices she’s apprehensive. She subtly asks how Ziggy knew PK, and Ziggy realises she needs to calm down. When Cash asks Ziggy to confirm where Dean was on the afternoon of the murder, she quickly says he was home with her as she took the afternoon off work. However, Cash and Rose are suspicious, and when they dig into her claims by searching their databases they discover Ziggy used a cash machine in Yabbie Creek that afternoon – so she’s lying…

Roo and Martha are recovering well in the aftermath of the surgery, and Roo is keen to get her mum taking small walks around the hospital in order to get her strength up. Martha complains to Alf that their daughter’s enthusiasm is getting a bit much. Roo gets the all-clear to go home, but hospital staff want to keep Martha in for a few more days to keep an eye on her. Roo isn’t happy about this and demands to stay with her mother. Alf, Marilyn and Martha can do nothing to stop her, and her fear of leaving her mother is clearly becoming paralysing…

Leah puts Chloe under the spotlight in an embarrassing family dinner

With Theo and Chloe’s relationship now official, Leah presses her nephew for details. Theo keeps his lips sealed, but Leah is keen to gather intelligence. Struggling to get information out of anyone, she tells Theo to invite Chloe over for a family dinner. Chloe is wary about ‘dinner with the parents’ so soon, but Theo is confident – this means they must really like her. That evening, Chloe seems a little more at ease with Justin and Leah – until Leah suddenly puts Chloe under the spotlight and asks – what exactly is going on between them? Is Chloe serious about Theo? Chloe is mortified and leaves, while Theo is furious with his aunt…

Bella is immersed in an afternoon photography session when she is interrupted by an unexpected guest – Emmett! She is overjoyed to see her friend but curious about why he’s returned from the Big Apple? Emmett reveals he’s just landed a job in an indie gallery, and he needs an assistant for three months – would she be up for it? Bella is floored, and goes to speak with Nikau – but he can’t get over his fury that Emmett is back, unable to separate him from unpleasant memories of Sienna. He flat-out refuses to consider Bella leaving, which hurts her feelings. However, when Nikau confides in John, he gently advises that he may regret standing in the way of Bella’s dreams…

Jasmine and Xander notice Logan is looking deflated, so they ask if he’s alright. Logan reveals he’s been charged with dangerous driving occasioning death. The siblings realise that Logan could be going down due to Millie’s cowardice, and Xander decides to try one more time to change her mind. However, Millie reinforces her threat about saying he’s been harassing her, causing a small scene in the process. As Logan awaits sentencing, Jasmine urges Xander to tell the police the truth. Will Xander sacrifice himself to save Logan?

Will Chloe dump Theo after she walked out of Leah’s questioning?

Theo corners Leah after her embarrassing interrogation – how could she do that to Chloe? Leah says she was just looking out for her nephew, but Justin sides with Theo – that was seriously uncool. After Chloe leaves, Theo sarcastically tells Leah ‘nice work’. Full of remorse, Leah admits that perhaps her timing was a little off. The next day, Theo is despondent – he hasn’t heard from Chloe. Is their relationship already over? Leah decides to intervene once more and speak to Chloe, but is she about to make the situation worse?