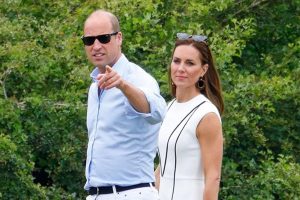 The Duke and Duchess of Cambridge live at Apartment 1A inside Kensington Palace – and they have a genius way of keeping their grounds concealed from inquisitive members of the public.

TikTok user @allthatspretty pointed out the genius privacy measure when she was on a tour of Kensington Palace and noticed partially frosted windows to conceal the view into Prince William and Duchess Kate‘s private garden.

WATCH: See the moment the Cambridges see a portrait of themselves for the first time

“I’m at the Kensington Palace tour! Look at the secret windows they have that make sure you can’t see into Kate and Wills’ private garden to the right! They have it on all the windows in this room.”

This super simple trick seems to be very effective as the social media video moved in to showcase the frosted panelling, and the garden was completely obscured.

Kensington Palace’s privacy features have been revealed on TikTok

Royal fans applauded the measure with one leaving a comment to say: “I’m actually happy at the thought of their kids being able to play outside their home like normal,” and another writing: “That’s great! They are entitled to their privacy, especially for their children.”

MORE: Prince William and Kate Middleton’s sleeping arrangements are so different from everyone else’s

The couple live at the palace with their three children Prince George, Princess Charlotte and Prince Louis and they’ve taken the security one step further with a top secret panic room and a special escape tunnel.

Global Citizen reports that “Kate and William’s royal apartment at Kensington Palace includes a panic room with an air filtration system, guarding against biological warfare, and an escape tunnel.” 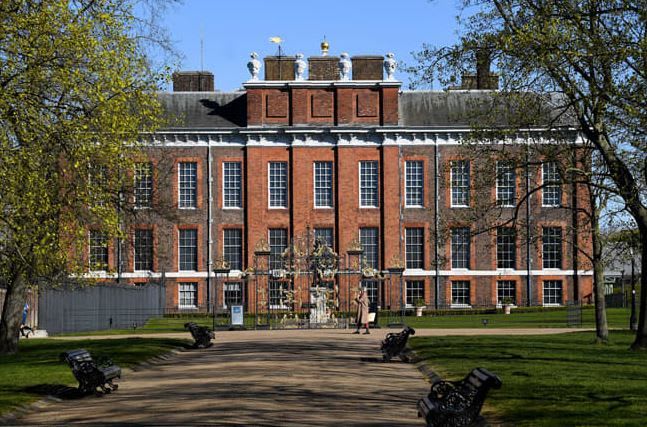 The palace is located in London

Having such an elaborate security network is actually quite common in royal homes, with the Queen having similar style panic rooms fitted at Windsor Castle and Buckingham Palace in the past.

According to The Times, they have “a bullet-resistant and fire-retardant steel core” in the form of “18in thick steel walls,” and these will protect against all number of threats including “poison gas, bomb attacks or assassination by terrorists”.