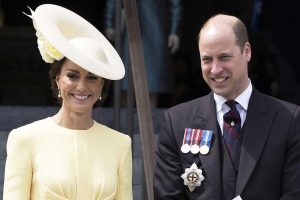 The Prince and Princess of Wales are admired worldwide for their charity work and public service (not to mention Princess Kate‘s enviable wardrobe), so it’s only right that their taste in home decor would be much in demand, too.

The couple have recently relocated to Adelaide Cottage with their three children Prince George, Princess Charlotte and Prince Louis. However, the royals still have a London base at Apartment 1A inside of Kensington Palace.

WATCH: Princess Kate gets the giggles thanks to Prince William

Though the couple are understandably private when it comes to their Kensington Palace residence, they have opened up their home to the public on a few rare occasions – most memorably when President Barack Obama and his wife Michelle came to visit in April 2016.

MORE: Princess Kate fans are all saying the same thing about touching video

Allowing a photographer into their home to capture the evening, the couple gave an insight into their sumptuous home decor choices, as they invited the presidential pair into their living room to chat and even meet Prince George before he went off to bed! Scroll down to take some styling inspiration from their royal residence… 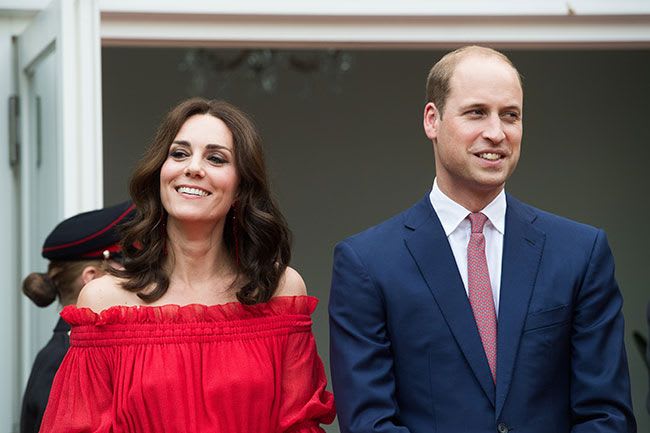 William and Kate are no doubt lucky enough to have inherited a collection of classic furniture, though it’s clear they have a passion for it, having chosen traditional armchairs and ornate tables and cabinets to furnish the living room. The couple were even given a handmade rocking horse by the Obamas, for their son George – which fits in perfectly with the luxurious decor. Visit your local antique dealer, and even check out eBay, to find similar items second-hand. 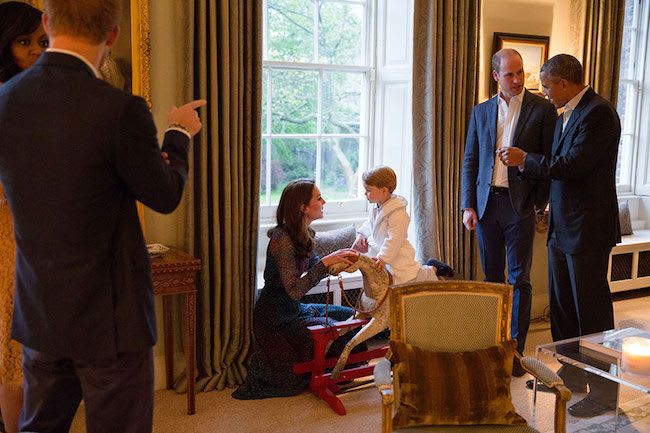 The Prince and Princess are obviously fans of pretty floral arrangements, as the blossoming displays are featured throughout their reception room. It is not known who the couple favour to put together the blooms for their home, but their wedding florist Simon Lycett is listed as one of the palace’s official suppliers.

The royal couple appear to have a love for art, as this candid photograph shows – particularly as Kate studied history of art at St Andrews, where the couple met. Of the two spectacular wall paintings, one – on the wall behind Kate and Michelle – is thought to be an original by dutch painter Melchior de Hondecoeter, who was known for depicting animals in his work. Take inspiration and house your own artwork in ornate golden frames, just like William and Kate.

MORE: get a rare insight into the Queen’s private apartments

As Prince William sits and chats with President Obama, we can see that while the couple have opted for neutral furniture in their plush tassled sofas, they’ve chosen a variety of cushions in different textures and styles to compliment them. Here we can see a floral printed cushion, a large olive green velvet cushion and a smaller red cushion, which appears to have golden details.

The royal couple have decorated their home with plenty of touching memories – which include old photographs of Princess Diana with a young William and Harry, shots from the couple’s 2011 royal wedding and snaps from their many travels. Opt for an array of different frames for a similar look.