Home » Home and Garden » Spoilers: Is Bella and Nikau’s romance back on in Home and Away?

Spoilers: Is Bella and Nikau’s romance back on in Home and Away? 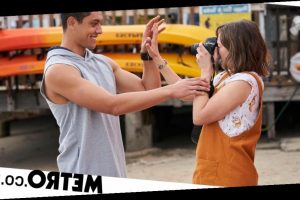 Bella (Courtney Miller) has been a changed person since returning from an extended stint at equine therapy. However, one side effect her boyfriend Nikau (Kawakawa Fox-Reo) wasn’t expecting was that she’d break up with him, explaining that she needs to start a new chapter without a relationship.

As Bella continues to improve, Nikau goes through increasing levels of struggle – with the latest being that he, Tane (Ethan Browne) and Ari (Rob Kipa-Williams) are stopped at the airport on their way to New Zealand so they can say a final goodbye to Mikaere.

Forced to return home while Gemma (Bree Peters) carries on with their journey, Mackenzie (Emily Weir) and Bella are shocked that the men are back in the Bay. Nikau’s despair at being unable to say goodbye to his father escalates, made worse by the fact his mother isn’t there.

To make matters worse, the rent becomes overdue and the Parata brothers are forced to admit they don’t have enough to get it together. While Tane considers some more dodgy work to come up with the funds, they also discuss how they can still honour Mikaere.

Meanwhile, Bella heads over to the Parata house to be there for Nikau. He won’t leave his room for anyone, but after Bella talks to him from outside for a while, he eventually opens the door. Bella goes in and the pair lie on the bed together, holding hands…

END_OF_DOCUMENT_TOKEN_TO_BE_REPLACED

END_OF_DOCUMENT_TOKEN_TO_BE_REPLACED
We and our partners use cookies on this site to improve our service, perform analytics, personalize advertising, measure advertising performance, and remember website preferences.Ok