Home » Home and Garden » Spoilers: Shocking confessions, secret plans and mystery notes in Home and Away

Spoilers: Shocking confessions, secret plans and mystery notes in Home and Away 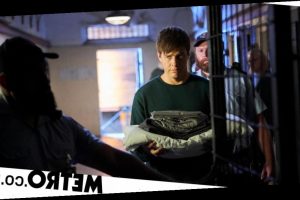 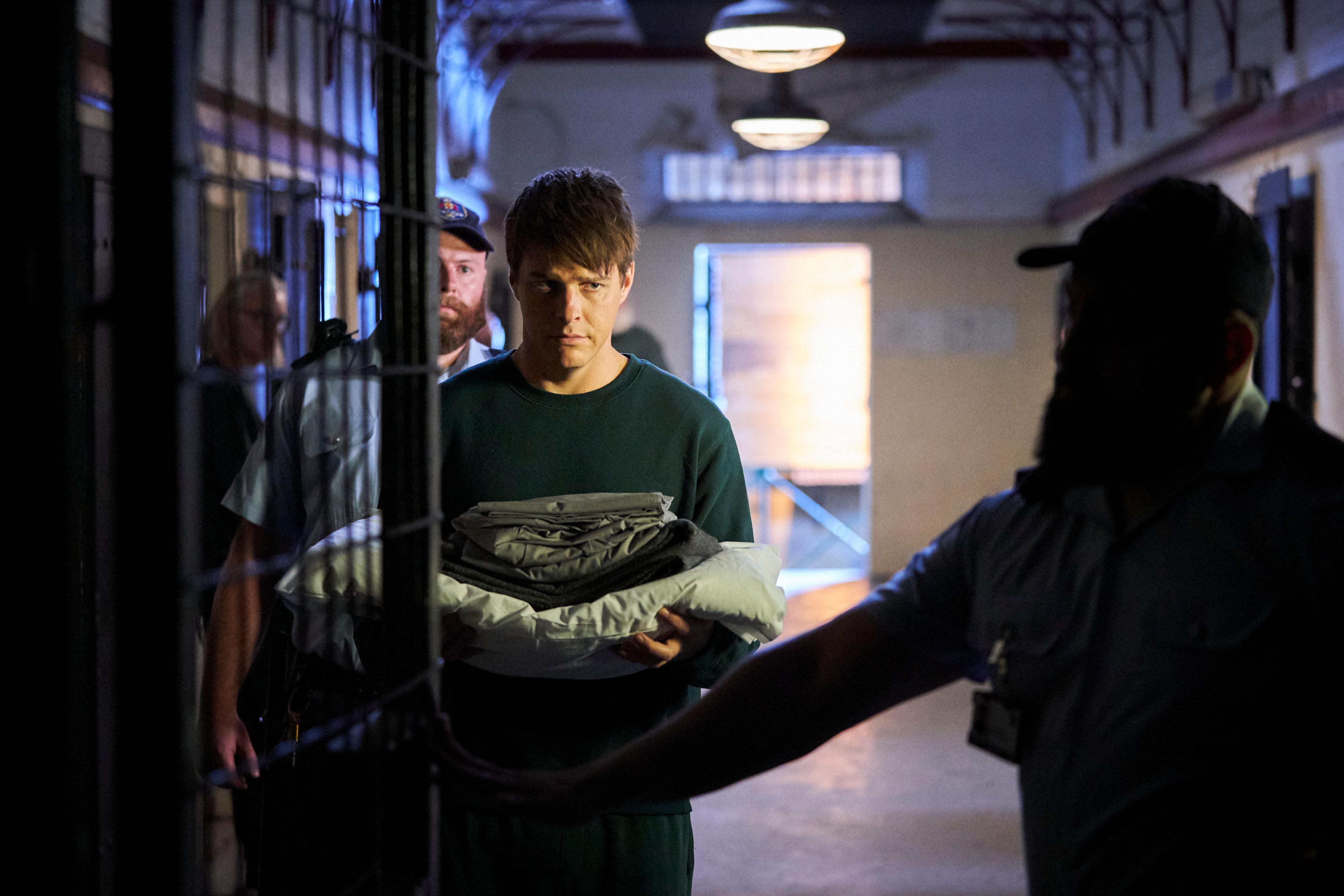 This week in Summer Bay, the spotlight is focused on Colby’s (Tim Franklin) murder trial. Witness X is revealed, and it’s the last person anyone is expecting. To make matters worse, Dean (Patrick O’Connor) and Bella (Courtney Miller) look on in horror as Colby takes the stand – what is he planning?

Elsewhere, Alf (Ray Meagher) is having trouble with two women in his life. Marilyn (Emily Symons) won’t stop using the dating app, hiding the truth about why she’s on it. Plus, Martha (Belinda Giblin) gets uncomfortable when her past is brought up – and then she receives a mysterious note. Who is Kieran, and why does he need to speak with her?

The Paratas continue having trouble with the drugs gang, so Mackenzie (Emily Weir) makes a sacrifice in secret. Over in the hospital, Justin (James Stewart) still can’t feel his legs – leading to Tori (Penny McNamee) and Christian (Ditch Davey) clashing over his surgery options.

Finally, as Tane (Ethan Browne) goes to Ziggy’s (Sophie Dillman) place to help her with work, the pair share some chemistry. Are we about to see Summer Bay’s next couple?

Here’s what’s coming up in Home and Away.

It’s the day of Colby’s trial, and everyone is looking for the mystery witness outside the courthouse. When it’s time to go in, Willow (Sarah Roberts) says she’ll stay outside with Bella for the first part, to save her from seeing the photos of her father’s murder.

The trial begins with a bombshell, as Colby has been captured on tape confessing to Ross’ (Justin Rosniak) murder. Beginning to realise who the witness is, Colby is dismayed when Willow enters to testify against her oldest friend. Dean and Bella are left stunned at how their friend betrayed them. Is she going to be the reason Colby gets sent down?

When the trial resumes, Colby has made a decision in the aftermath of his recorded confession and Willow’s testimony. Against his lawyer’s wishes, he goes up to the stand and confesses himself. He killed Ross Nixon. Bella is terrified, Taylor (Annabelle Stephenson) is in disbelief and Dean prepares to make his own confession about his involvement. However, a quick look from Colby prevents him from speaking up. The judge quickly sentences him to 25 years in jail, and the Bay is left in shock as a numb Colby is led away by the police to his new life…

As Marilyn continues to use the same dating app John is on, the constant pinging begins to irritate Alf and Irene (Lynne McGranger). In the Diner, Irene confronts her about why she’s on it – is it because she heard about John (Shane Withington)? Although she denies it, Alf later tells Irene that Ryder (Lukas Radovich) confirmed to him Marilyn’s real motive – it’s all because of John. When Irene confronts Marilyn again, she escapes outside. Roo (Georgie Parker) goes for a walk with her, and Marilyn says she’ll delete the app. However, she secretly keeps it on her phone. What is she hiding?

Will Taylor and Angelo rekindle their relationship?

After the trial, Taylor enters Salt to find Angelo (Lucas Jacobz) drinking by himself. She braces herself for his gloating about how he was right, but he instead simply asks if she’s alright. Taylor is surprised when he admits the outcome didn’t leave him feeling as good as he thought. She agrees to join him for a drink. Is this a sign the pair are on the path to recovering their broken marriage?

Justin lashes out at his loved ones

After collapsing during Grace’s birthday party and losing feeling in his legs, Justin is holed up in hospital, feeling both terrified and exasperated. His emotions well up, leading him to lash out at Leah (Ada Nicodemou) despite her attempts to remain positive and encouraging. As he continues to have no ability to move his legs, the one person who’s been in his shoes goes to visit him – John. A long discussion between the pair results in John telling Justin not to push away the ones who care. As Justin continues to struggle with the possibility he may never walk again, though, will he be able to heed John’s advice?

Mackenzie makes a sacrifice for the Paratas

The tension continues in the Parata household over the ongoing threat from Paul and the drug gang. Mackenzie begins to feel exhausted by the pressure, and makes the decision to hand over her car to pay off their debt. Ari (Rob Kipa-Williams) is adamant that she needs to stay out of this, and Mackenzie also refuses to back down, storming out after their disagreement. Tane suggests they could at least consider Mac’s offer, but Ari is disgusted with him and tells Mac again that she’s not to get involved. While Mac says she’ll stay out of it, she secretly calls Paul and arranges to meet up…

Dean breaks down and turns to Ziggy

Now that Colby has finally been sent down for Ross’ murder, Dean is struggling with the sudden turn his life has taken. It’s just him and Bella in the house, trying to process the fact Colby won’t be back for decades – and Willow is behind his secret being uncovered. The pair try to visit Colby, but they’re turned away at the prison gates. Dean bails, leaving Bella with Nikau (Kawakawa Fox-Reo), and Ziggy later finds him at the beach. She tries to talk to him, but she gets nowhere and leaves.

Dean turns to drink, eventually being cut off at Salt and causing trouble in the bar. When Ziggy goes to the Pier Apartment to offer her assistance, Bella promptly kicks her out. However, Ziggy is later confronted by a drunk Dean showing up at her door, saying he needs her…

Willow and Ryder make plans to leave the Bay

In the aftermath of Colby’s trial, Willow is left wondering what the future holds. She realises she can’t comfortably stay in the Bay, open to the wrath of Dean and Bella, after her betrayal. Making a difficult decision, Willow concludes that she has to leave the Bay. That night, she packs up her car and says goodbye to Irene and Jasmine before driving away.

Elsewhere, Ryder has some good news when he receives an offer to take a TAFE internship on a cruise ship. He is initially doubtful about taking it, saying he can’t abandon his friends and family in such turbulent times. However, Alf tells him he can’t take on everyone’s burdens and he should take the opportunity – it’ll open up doors for him in his career. When he checks Bella will be alright, he makes plans to take the internship and leave the Bay.

Ziggy is struggling with the workload at the shop, with Justin laid up in hospital and Tane fired after using his workplace as a base for his criminal activities. However, Tane doesn’t lack a conscience, and feels bad that he’s the reason behind her stress. He shows up at her place with beer and chips to help her out. Inevitably, Ziggy is distracted from her work and lets off some steam. As the night goes on, Ziggy says Tane can crash on the couch as it’s late – and the pair share a moment of chemistry before Tane leaves. Ziggy is left wondering what just happened between them…

Alf has been driven to despair over the constant pinging of John and Marilyn’s phones as they browse their dating apps. He complains about it to Martha, and the topic turns to the relationships she may have had while they were apart. She turns cagey, and Alf realises he can’t cope with the idea of her being with someone else.

The next day, Martha receives a mysterious note which is clearly unwelcome. Panicked, she reads the message – M, we need to talk. I’ll be seeing you soon, Kieran. While she manages to hide her alarm, it’s clear she’s hiding something big. Who is Kieran, and is he on his way to the Bay?