Home » Lifestyle » 10 Celebrities Who Support The Free the Nipple Movement

10 Celebrities Who Support The Free the Nipple Movement 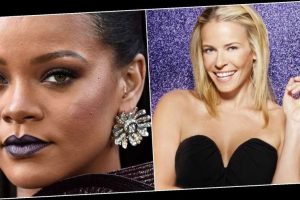 Countless female celebrities have posted topless pictures on social media in the last years for a reason: to support the free nipple campaign that highlights the taboo around the female breasts. The global movement was created in 2012, and there is also a Free the Nipple day, which is celebrated every March 26.

The movement also made the headlines after multiple celebrities pointed out the double standards of social media censorship when it comes to female and male nipples. More than posting pictures, the movement also talks about how women should be allowed to breastfeed in public places and don’t feel embarrassed.

Here are ten celebrities who support the free the nipple campaign.

It surprises no one that this list starts with Rihanna. The singer and fashion mogul is very comfortable with her body, and we saw her embrace this cause several times during events, video clips, and on social media. Her most iconic dress was a see-through gown covered with Swarovski that she wore during the CFDA Fashion Award in 2014.

It is needless to say what she thinks about the Free the Nipple movement. During an interview with Vogue, Rihanna says that the only regret she has on life was not to wear a matching sparkling thong underneath. We would not expect something different from her.

Chelsea Handler often reminds her followers about the double standards when it comes to male and female nipples. In 2014, the comedian and actress posted a shirtless picture of her riding a horse with the caption “Anything a man can do, a woman has the right to do better.” The image is a replica of a famous photo of Vladimir Putin. Unsurprisingly, Instagram deleted the image.

Since them, she often talks about these questionable rules on social media. In December, she posted a topless video and picture just covering her nipples and joking that she respects rules.

Kendall Jenner is another celebrity that is ok with showing her nipples in a runway, events, or street. She says that just feels natural to her, and she thinks it is also sexy. There are countless moments that the model goes braless. She does it in a way that looks like part of her look. And why not? We wish all women had the right to this type of freedom.

Other members of the Kardashian/Jenner clan do the same, and we have seen her sister posting similar pictures. So perhaps it has always been something natural to her.

The Girls star was another star to join the Free the Nipple movement. In 2015, Lena Dunham posted a topless picture with just her nipples covered. During the Golden Globes, someone also shared a photo of her with pastie stucks on her cheeks.

It is no surprise she supports the cause. Since the beginning of her career, she never had problems with showing her body, and she has often shared nude images, showing that she is very comfortable on her skin. So it is natural that she wants other women to feel the same.

The British model also endorsed the team of celebs at the Free the Nipple. In 2014, Cara Delevingne wore a Free the Nipple T-shirt, making clear she supports the cause. Later she posted a picture of a woman wearing a bikini with realistic nipples. Some months later, she posted a picture of a male and female chest, with anatomical explanation and also showing which one would be censored.

Some people were surprised she supported it because Cara was just known for her work as a model and party lifestyle. But she was very engaged in this topic.

Miley Cyrus is very vocal when it comes to the Free the Nipple. During an interview with Jimmy Kimmel, the singer said that people are ok with boobies, and they only have problems with the female nipples, something that every human being has.

However, Miley seems to be more concerned about finding a way to post her pictures. The singer is often trying to find ways to trick Instagram censorship about nudes. Sometimes she shares braless photos wearing a transparent t-shirt. It seems to work. In October, she posted a picture wearing a sheer top, and it is still there.

Amber Heard found a creative way to spot the nonsense double standards when it comes to nipples. Earlier this year, Instagram removed a picture of the actress that went against their nudity policies. Amber photoshopped the image and replaced her face by Jason Momoa’s head.

Unsurprisingly, Instagram had no problems with the image Momoa. Of course, Heard pointed out the irony and questioned them about the nudity rules. She also explained that she doesn’t have a problem with Momoa, and she was trying to make a point about the subject.

In 2014, Instagram deleted Scout Willis for posting shirtless pictures. She did not take it well and find her own way to protest. The Robin Willis and Demi Moore’s daughter walked in the streets of New York doing topless and took several pictures. She posted the images on Twitter and once again criticized Instagram.

Like other celebrities on this list, Willis highlighted the double standards that define if a picture if appropriate to be on Instagram or not. Williams also attended some fundraising events to the Free the Nipple movement. She also remained very vocal about the topic for some years.

Before the Free the Nipple was a thing, Alanis Morrisette was already making fun of the censorship of the female nipples. In 2004, after Janet Jackson wardrobe malfunction during the Super Bowl, the Canadian singer stripped on stage and showed fake nipples dring a show in Canada. She told the public they lived in a country that people think that the human body is beautiful, and they were not afraid of female breasts.

Of course, she also has no problems sharing breastfeeding pictures on her social media account. And no one should have a problem doing the same.

In 2015, Naomi Campbelposted a topless picture with the #freethenipple on Instagram. The social media deleted the photo after 20 hours, but it is still available on Twitter. The British model also used the image to promote a book she was about to release.

Naomi is not the only model to support the Free the Nipple cause. Besides some other names we mentioned on this list, Emily Ratajkowski, Chrissy Teigen, and Bella Hadid also posted pictures using the hashtag and talking about how unfair the nipple censorship is.