330,000 people in NSW brace for end of JobKeeper as economic signs lift 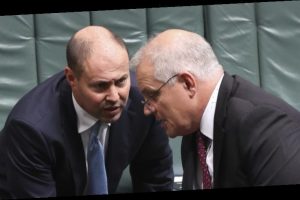 The Morrison government’s signature $90 billion JobKeeper wage subsidy will end next week with more than 330,000 people across NSW still using the program to survive amid signs some tourist areas are starting to recover from the coronavirus recession.

Figures to be released by Treasurer Josh Frydenberg on Wednesday show a huge fall in the number of individuals and businesses relying on JobKeeper as the economy bounces back faster and more strongly than expected. 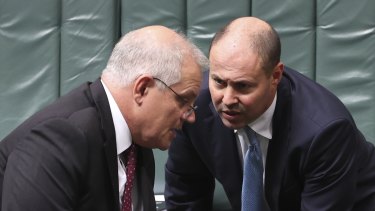 But the same numbers confirm concerns within Treasury, the government and the Reserve Bank that the program’s end will hit the jobs market, with more than 1 million Australians still on JobKeeper as it finishes.

JobKeeper was introduced in April last year, paying $1500 a fortnight per employee for businesses with turnover under $1 billion that suffered an estimated 30 per cent drop in turnover.

Eligibility was tightened for the final three months of 2020 and then again for the January to March period this year. Payments are now $1000 or $650 a fortnight depending on a workers’ hours.

Between April and September there were 3.8 million people on JobKeeper. This had dropped to 1.7 million between October and December before falling to fewer than 1.1 million by January.

Across NSW, there are now 334,691 people on JobKeeper compared with 1.2 million between April and September. There’s been a near 73 per cent drop in the number of people in the state on JobKeeper between September and January.

Western Australia (down 81.4 per cent) and the Northern Territory (down 81.6 per cent) are the best-performed jurisdictions, while Victoria continues to lag the rest of the country with a decline of 65.3 per cent.

Mr Frydenberg said more than 680,000 businesses and 2.7 million workers had graduated from JobKeeper since it was put in place. The drop in workers needing the program through January showed the economy was improving.

“The final JobKeeper numbers for the month of January confirm that Australia’s economic recovery is broad-based across all states, regions and industries,” he said.

“We know that some families and businesses are still doing it tough and our message is that the Morrison government continues to have your back.”

The largest improvements by industry across the country have been in healthcare, retail trade and wholesale trade.

The number of people in healthcare on JobKeeper has fallen by 87.4 per cent. There were 47,117 people being supported by JobKeeper at the end of January compared to 373,506 in September last year.

More than 82 per cent of people in retail and wholesale trade have come off JobKeeper over the same period. There has also been strong improvement in the manufacturing and financial services sectors.

But some sectors continue to struggle.

Just 58.5 per cent of administrative and support service workers have left JobKeeper, with 84,416 still on the wage subsidy at the end of January. In accommodation and food services there has been a 68.5 per cent drop since September, leaving 100,414 on the program.

Another 144,617 people in the professional, scientific and technical services sector were on JobKeeper at the end of January, with 146,729 construction workers also surviving on the subsidy.

More than one in five arts and recreation services workers are still on JobKeeper compared to fewer than 1 per cent of people in public administration and safety.

Get our Coronavirus Update newsletter

Stay across the news you need to know related to the pandemic. Sent Monday and Thursday. Sign up here.