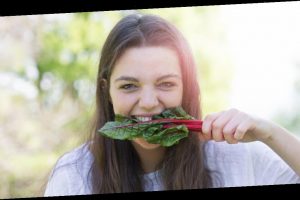 If you are partaking in Vegaunaury, a campaign launched in 2014 which sees participants eating a plant-based diet for the entire month of January, we have a word of warning for you. This Saturday you are at great risk….

Why? Well new research shows that it is the 11 January when you will be most likely to fall off the wagon as it is the single most challenging time of the month for those doing the plant-based diet. The research, done by Heinz Beanz, also found that four in five wannabe vegans have reportedly broke their promise of cruelty-free consumption in recent years.

The research found that one of the main triggers (19%) of breaking the Veganuary vow was the smell of something meaty such as a bacon butty or a roast dinner, whereas 15% asserted that having a hangover was what tipped them over the edge and another 15% said it simply happened by mistake.

However it is not all doom and gloom on the meatless front as three in four people were able to climb back on the wagon and continue with their month-long challenge, with only 10% abandoning their diet completely. But how easy is it to eat a wholly vegan diet for a month, or indeed a lifetime?

The study found that many people were put off the notion of a plant-based diet due to factors including the cost of veganism and the inconvenience or lack of access to nice-tasting vegan food. That’s why Heinz conducted has launched a limited edition range of ‘Beanz Meanz Vegan’ cans to remind the huge number of Brits undertaking Veganuary 2020 that the much-loved food classic just happens to be vegan too, and there are many varieties. The cans are available exclusively on Ocado until stocks last.

But aside from affordable staples like beans being vegan, many high street stores are adapting their staple foods for the vegan market. For instance on the high street already this month Greggs have released their Vegan Steak Bake ahead of the huge success of their Vegan Sausage Roll last year that saw their sales soar.

The pastry, which is filled with Quorn, was so popular that it is already one of the bakery’s biggest sellers and is in part responsible for their profits from the first half of the year increasing by over a third.

END_OF_DOCUMENT_TOKEN_TO_BE_REPLACED

END_OF_DOCUMENT_TOKEN_TO_BE_REPLACED
We and our partners use cookies on this site to improve our service, perform analytics, personalize advertising, measure advertising performance, and remember website preferences.Ok