Home » Lifestyle » 400,000 bikers usually descend on this South Dakota town for their annual rally. And it’s still happening – despite COVID-19.

400,000 bikers usually descend on this South Dakota town for their annual rally. And it’s still happening – despite COVID-19. 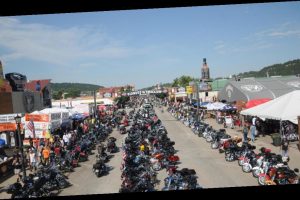 A massive motorcycle rally that usually attracts an estimated 400,000 people is being held in Sturgis, South Dakota – despite COVID-19 concerns. The rally begins on Friday, August 7 and will run through Sunday, August 16.

In June, city officials decided in an eight to one vote to go ahead with the rally, CBS affiliate KELO reports.

In an email to CBS News, the City of Sturgis Public Information Officer Christina Steele said the “decision to hold the Rally came after hearing from thousands of attendees that they were coming to the event, even if it was canceled by the City of Sturgis.”

“The City felt it had to be prepared with adequate emergency ambulance, fire and police services to assist with these people,” Steele said. “The large camping facilities located outside the City control also made it known that they would remain open and had thousands of camping reservations in place.”

Steele said attendance will likely be down this year because of travel restrictions, though didn’t provide a projection. To prepare for large crowds, the City of Sturgis said it has monitored infection rates, worked with local health care providers, and taken extra precautions. 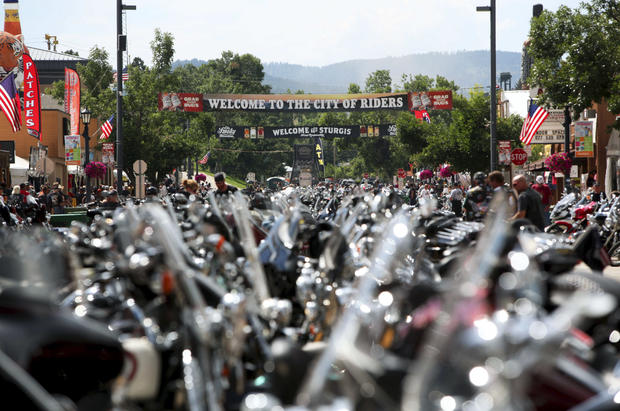 “Attendees will be asked to be respectful of the community concerns by practicing social distancing and taking personal responsibility for their health by following CDC guidelines,” according to a press release from the city in June.

There will also be enhanced safety and sanitization protocols, including public hand sanitizing stations throughout the downtown area and nightly sanitization of sidewalk areas. “PPE will be available for all city staff, and any businesses that have issues with finding available personal protective equipment for their employees,” the release reads.

Throughout the pandemic, health officials have urged people to avoid large crowds. In June, Dr. Anthony Fauci told CBS Radio’s Steven Portnoy: “The best way to protect yourself and to prevent acquisition of and spread of infection is to avoid crowds. Avoid crowds.”

The CDC has released guidelines for holding events and gatherings, saying the allowed size of events is up to local and state officials.

“The more people an individual interacts with at a gathering and the longer that interaction lasts, the higher the potential risk of becoming infected with COVID-19 and COVID-19 spreading,” the CDC warns. 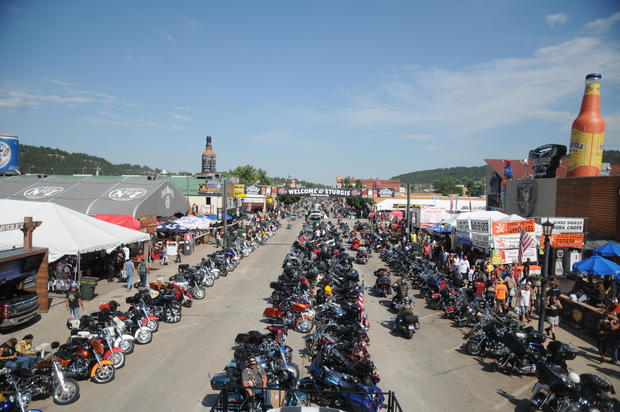 South Dakota Governor Kristi Noem had been supportive of the motorcycle rally early on in the pandemic, according to local reports.

Noem attended President Trump’s July 4 rally at Mount Rushmore, an event that drew concerns about the spread of the coronavirus. Several tribes in the region raised concerns about the event leading to an outbreak of the virus, as Native American communities have been particularly ravaged by COVID-19.

Noem has attempted to lure businesses to South Dakota by citing COVID-19 restrictions in other states, the Associated Press reports. In an online ad, Noem said business owners can “grow their company” in South Dakota, where the government will not interfere.

South Dakota has had 9,371 total coronavirus cases, according to state health data. While that is about 1% of South Dakota’s population – a total of 884,659 people, according to U.S. census data – many of the bikers at the rally will be coming from states with higher infection rates, potentially bringing the coronavirus with them.

END_OF_DOCUMENT_TOKEN_TO_BE_REPLACED

FICTION BREASTS AND EGGS By Mieko Kawakami, translated by Sam Bett and David Boyd Picador/Paperback/404 pages/$29.95/Available at bit.ly/BEggs_MK Cramped apartments with barely any windows; a […]

END_OF_DOCUMENT_TOKEN_TO_BE_REPLACED

END_OF_DOCUMENT_TOKEN_TO_BE_REPLACED
We and our partners use cookies on this site to improve our service, perform analytics, personalize advertising, measure advertising performance, and remember website preferences.Ok