Welcome to reality! 90 Day Fiancé’s Emily and Kobe Blaise have a lot of adjustments to make once Kobe touches down in Kansas — and Emily’s family has come concerns.

Meet the ‘90 Day Fiance’ Season 9 Cast: Learn About the Couples

“We all hope it works,” Emily’s mom says in Us Weekly’s exclusive video from season 9’s Sunday, April 17, premiere. “We all are hoping he’s the great guy that you say he is, but he may be a different person when he comes here.”

The 29-year-old American met her 34-year-old fiancé while they were both living abroad in China and after a one-night stand, they got pregnant. While they vowed to stay together, Emily returned to her home in Kansas to give birth to their son, Koban, while Kobe was stuck overseas. 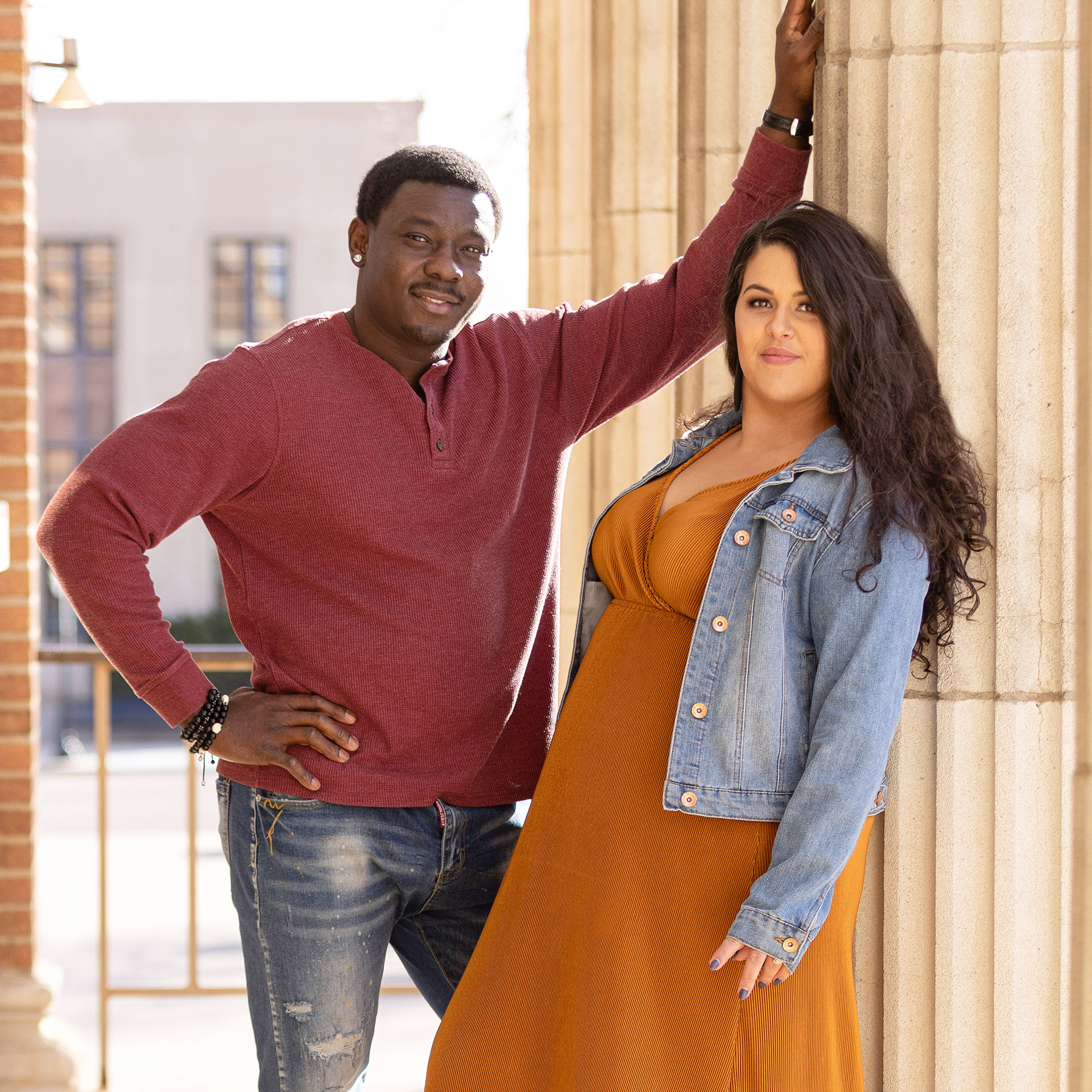 When season 9 kicks off, it’s clear that Emily is excited to see her love after nearly two years apart due to COVID-19 travel restrictions, but her family isn’t as thrilled about his arrival.

“My concern is that she’s not head over heels in love with him when he comes, or somethings not the same, and she marries him anyway,” Emily’s mom says during a confessional.

Emily’s father is also nervous about how Kobe, who is from Cameroon, is going to adapt to their small town and to being a fulltime parent.

The English teacher’s loved ones’ biggest concern, however, appears to be the possibility of Emily having another baby with Kobe while he is legally unable to work in the United States. (Kobe, who was an underwear model in China, can’t get a job for six months after landing on U.S. soil.)

“OK, I’m picking up the tab for six months. I’m supporting everybody for six months, right?” Emily’s dad says before confronting his daughter. “One thing is for sure, you better not get pregnant.”

Emily laughs, telling her parents, “I have birth control, I just haven’t taken it yet. It’s fine. We’re not going to have any more kids in this house.”

Watch Us Weekly’s exclusive clip above to see all of Emily’s thoughts about Kobe’s upcoming move to the States.