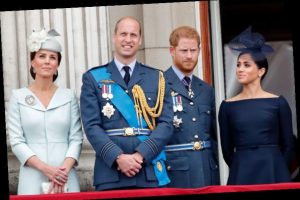 Prince Harry and Meghan Markle have not had the best relationship with either the public or the press since the two started dating back in 2016. And earlier this year, they reached their breaking point — they announced that they would no longer be official members of the royal family as of late March.

On the other hand, Prince William and Kate Middleton have been adored by the public since they wed. Of course, each has had their fair share of criticism to a degree, but for the most part, people love them. And one quick look at the royals’ Instagram accounts shows the stark contrast in their treatment from the public. 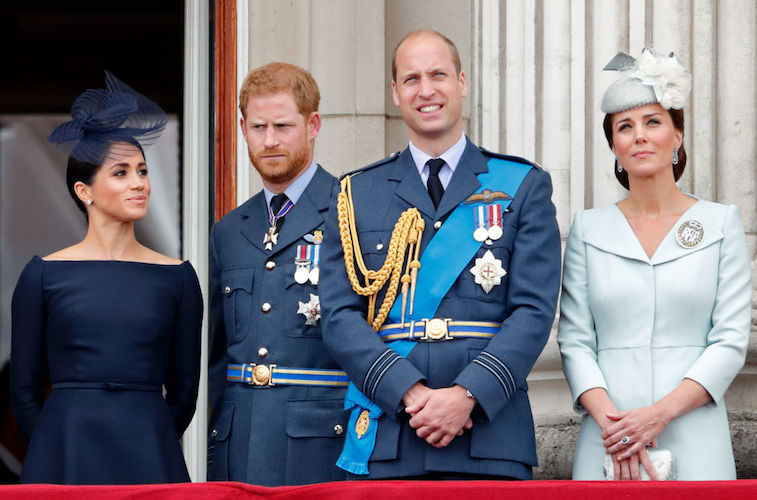 Harry and Meghan have batted zero with the British media

Ever since Harry and Meghan started dating back in 2016, thenow-duchess has had a difficult time winning over the public. She and Harryhave done their best to showcase their charity work and promote the well-beingof the people, but it hasn’t seemed to bode well with the British media.

The press has continued to create stories that have proved detrimental to Meghan’s reputation, such as her poor relationships with Kate Middleton and the queen (though almost none of the stories have ever been confirmed).

People love to compare Meghan and Kate, often taking the Duchess of Cambridge’s side. People put Kate up on a pedestal, yet they don’t give the same treatment to Meghan. Some people have even left comments on the Sussex Royal Instagram (Meghan and Harry’s account) complimenting Kate — likely with the intention of hurting Meghan’s feelings.

There have been snide comments on Meghan and Harry’s Instagram account comparing the two couples. “Before Meghan, I used to think how boring Prince William looks while Prince Harry is always engaging and cracking jokes in gatherings… Today, I’m so glad to see one of them [William] is serious… about his country,” one person wrote on Meghan and Harry’s recent Instagram photo.

Go raibh míle maith agaibh, a chairde go léir in Éirinn 🇮🇪🇬🇧 Thank you to all the wonderful people we met in Ireland! Swipe to see a sample of some of the lovely letters we received during #RoyalVisitIreland 📝 thank you to everyone that took the time to write to The Duke and Duchess. Photo © Kensington Palace

The United Kingdom recently celebrated Mother’s Day, and both royal accounts posted for the holiday. William and Kate shared photos of them with their kids and mothers, and Harry and Meghan shared various words used in exchange for the term “mother” and “grandmother” (Mum, mom, Granny, etc.) But the comments under each post were strikingly different.

To mothers new and old and families spending today together and apart – we are thinking of you all at this difficult time. Happy Mother’s Day 🌷 • 1. The Duke and Duchess of Cambridge with their children in Norfolk. 2. Diana, Princess of Wales, with her children Prince William and Prince Harry. 3. Carole Middleton with her daughter Catherine. 4. A card from Prince George to his mother this Mother’s Day. • Photos © @mattporteous / Jayne Fincher / The Duke and Duchess of Cambridge

“Thank you for sharing these lovely photos!” someone wroteunder the Cambridge’s post. “Such gorgeous photos,” another comment read. Almostall of the most-liked comments were positive, though there were a few about thetwo not including any photos of Meghan and Archie.

Under Meghan and Harry’s posts, there were phrases such as, “you are irrelevant,” “she’s not royalty,” and “why don’t you just stop.” Almost all of the most-liked comments under the Sussex account were negative, despite that both posts had to do with the exact same thing.

Although Harry and Meghan were hoping that the negativeattention would die down oncethey left the family, that hasn’t been the case. Though the press hasn’treported quite as much about them, the negative comments from the public onsocial media platforms seem to have skyrocketed. It’s unclear if Meghan andHarry will ever be able to find their way out of the negativity.

END_OF_DOCUMENT_TOKEN_TO_BE_REPLACED

END_OF_DOCUMENT_TOKEN_TO_BE_REPLACED
We and our partners use cookies on this site to improve our service, perform analytics, personalize advertising, measure advertising performance, and remember website preferences.Ok