Home » Lifestyle » A New Game of Thrones Monopoly Is Coming This Winter, and We're Ready to Bend the Knee

A New Game of Thrones Monopoly Is Coming This Winter, and We're Ready to Bend the Knee 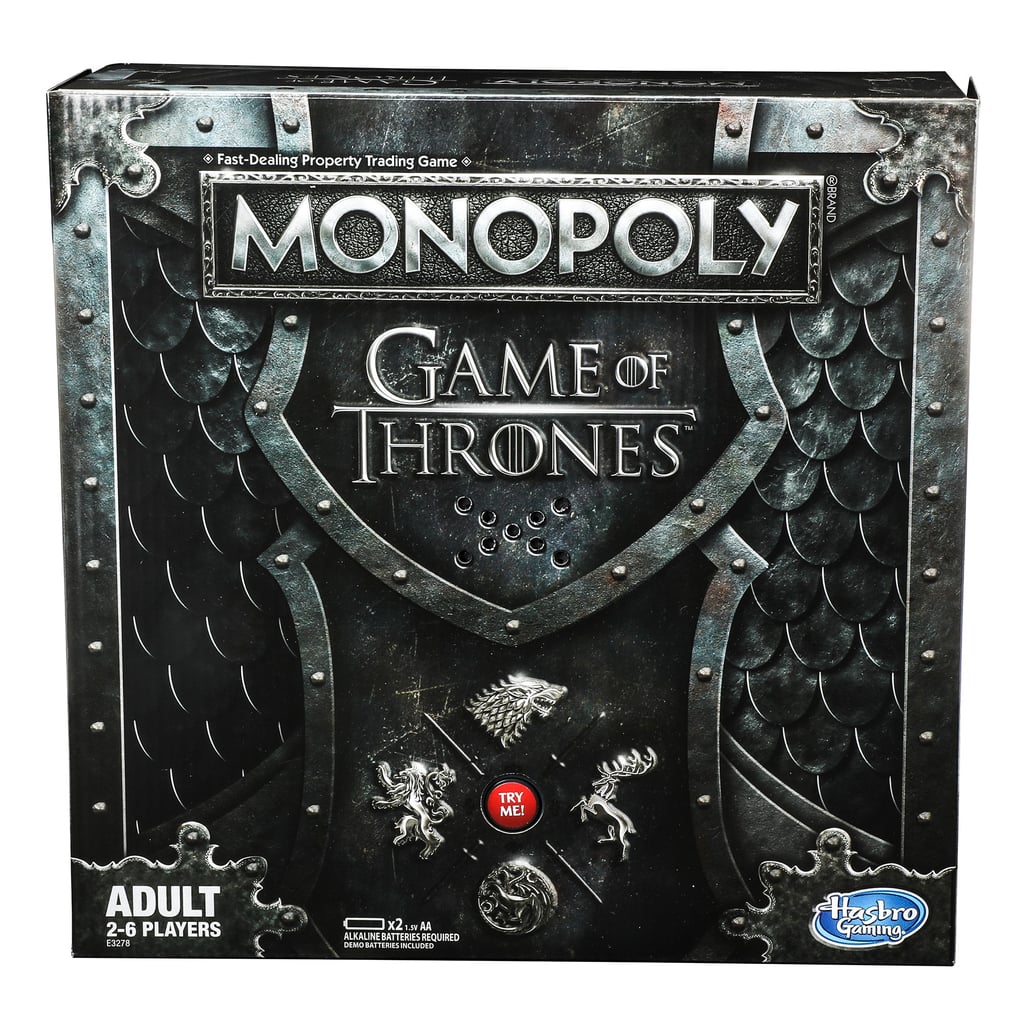 A New Game of Thrones Monopoly Is Coming This Winter, and We’re Ready to Bend the Knee

Brace yourselves, folks, because Winter is coming . . . along with a brand-new edition of Game of Thrones Monopoly! Hasbro joined forces with HBO to create an updated version of the popular board game, and it’s chock-full of cool features that’ll make you feel like you’re smack-dab in the middle of Westeros. Except, ya know, instead of dragons and Valyrian steel weapons, you’re just armed with silver game tokens.

Speaking of tokens, this new edition features metallic game pieces inspired by the honorary sigils of the Great Houses, so players can pledge their loyalty to whichever house they desire. As for the currency, there won’t be a pink or green paper bill in sight, as players will purchase locations from the Seven Kingdoms and build holdfasts and castles using Gold Dragon and Silver Stag coins. Rather than having a “banker,” these coins are held by the Master of Coin in the Royal Treasury.