Home » Lifestyle » A new “no-fault” divorce bill is working its way through parliament: here’s what it means

A new “no-fault” divorce bill is working its way through parliament: here’s what it means 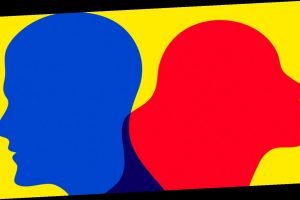 Currently, in order to get a divorce in the UK, one spouse has to allege adultery, unreasonable behaviour or desertion has taken place. But it doesn’t allow a couple to undergo proceedings because their marriage simply hasn’t worked out. This, arguably, perpetuates the so-called “blame game” stigma of divorce. And it stops people from leaving unhappy marriages.

In 2018, Tini Owen’s high-profile case sparked a debate around divorce law. She wanted to divorce her husband of 40 years because she was “desperately unhappy” – but he disagreed with her decision. The law stated she could only obtain a divorce by living apart from him for five years. The Supreme Court rejected her appeal.

But now, a new “no-fault” divorce bill is working its way through parliament in order to make proceedings easier and, ultimately, fairer. Under the proposed law, a person will only have to state that the marriage has broken down irretrievably. The bill passed its first hurdle in the Commons on Monday 8 June by winning the backing of the majority of MPs by 231 to 16.

The Divorce, Dissolution and Separation Bill, which has been passed by the House of Lords, also removes the possibility of contesting the decision to divorce. Right now, a person wishing to obtain a divorce without the consent of their spouse must live apart from them for five years. However, some divorce proceedings will still be challengeable on grounds including fraud and coercion.

And the bill introduces a new option, which allows couples to jointly apply for a divorce, where the decision to separate is a mutual one. It also replaces the terms “decree nisi” and “decree absolute” with “conditional order” and “final order”. “Petitioners” will also become “applicants”.

Under the new proposals, there must be a minimum six-month period between the lodging of a petition to the divorce being made final.

He told MPs: “No-one sets out thinking that their marriage is going to end, no-one wants their marriage to break down, none of us are therefore indifferent when a couple’s lifelong commitment has sadly deteriorated… It is a very sad circumstance but the law, I believe, should reduce conflict when it arises… Where divorce is inevitable, this bill seeks to make the legal process less painful.”

However, some MPs – Sir Desmond Swayne, Sir John Hayes and Fiona Bruce – have written an open letter to The Telegraph to say the changes are badly timed due to the current strain on marriages during lockdown. They also urge the government to focus on helping couples reconcile through counselling instead of “undermining the commitment of marriage”.

A second reading is being debated today (Tuesday 9 June), Stylist will keep you updated on the status of the bill.