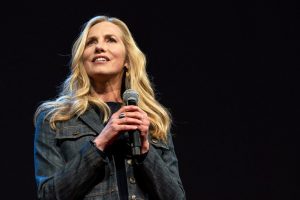 There is everything captivating about people who can take something and turn it into way more than was given to them. This is Laurene Powell Jobs who has made her way into the three commas clique and has proven time and time again that she is so much more beyond being Steve Jobs’ widow. How did she make the world see her as the woman who has earned her spot in the billionaire’s spot not just by inheritance but by the works of her own hands? Let’s take a dive into how Laurene Powell Jobs made her $12 billion fortune!

Who Is Laurene Powell Jobs

This iconic American businesswoman was born on 6th November 1963. Due to her reserved personality, not much is known about her childhood or parents except that she grew up on a small lake in northwestern New Jersey. Her mother was a substitute teacher, while her father was a military pilot who had died in a plane collision when she was 3, her mother had to remarry, and her stepfather was a high school guidance counselor. She had quite the quality education for someone who had a very humble beginning and was taught to earn all she needed right from childhood.

Laurene first attended the Wharton Business School of the University of Pennsylvania in 1985 where she earned her B.S degree in Economics, and then she proceeded to earn a B.A. degree in Political Science from the University of Pennsylvania School of Arts and Sciences; she didn’t stop there, she also obtained an MBA from Stanford Graduate School of business, and this was where she met her late husband and Apple co-founder Steve Jobs where he had gone to give a “View from the Top” lecture at the Stanford Business School.

A Look At Laurene’s Personal Career

After her marriage to Steve Jobs in 1991, she had their first son and then co-founded a natural foods company called Terravera which sold to retailers in Northern Carolina. She was also on the board of directors of Achieva, an online tool created to enable students to study more efficiently at standardized testing. Laurene Powell Jobs also worked as a fixed-income trading strategist for Goldman Sachs for three years and she worked for Merrill Lynch Asset Management as well. After 22 years of marriage to her husband, he died of cancer in 2011, leaving behind a massive $10 billion for her, and her current net worth is $13.5 billion.

RELATED: The Richest Woman In Africa: Here’s How Folorunsho Alakija Made Her Billions

Laurene Powell Jobs inherited numerous shares of Walt Disney and Apple from her husband upon his death in 2011. These shares were worth about $10 billion. She sold off most of her Walt Disney shares, reducing her net worth by a huge $7 billion, leaving her Apple shares, and despite this, she still owns about a 4% stake in Walt Disney which earns her $120 million yearly. She also has numerous investments like her investments in The Atlantic, ProPublica, Axios, and The Athletic, and she invests massively in real estate too.

In 2017, she was the second-largest shareholder behind chairman Ted Leonsis after she had acquired a 20% stake valued at about $2.5 billion in Monumental Sports & Entertainment valued at about $2.5 billion, which oversees the Capitol One Arena, the Washington D.C sports team and even the NHL Capitals, making her one of only four women with a substantial investment in an NBA Franchise.

Her Family And Philantrophic Ventures

This remarkable billionaire has 3 kids and lives a comfortable life in her Palo Alto home in California, she also has a beach home which is quite popular in tv shows and is worth $17.5 million. Laurene Powell Jobs has a golden heart that is second to none due to her philanthropy, while this may be attributed to her humble background, she deserves her flowers and all the accolades. She is the founder of the nonprofit organization called College Track which assists low-income students with free mentoring and tutoring sessions before college, in 2004, she founded Emerson Collective, a foundation focused on giving grants to people in school, going through immigration or social justice and in 2015, this phenomenal woman donated $50 million to XQ institute, an initiative that helps teachers, students, community leaders, etc.

Laurene Powell Jobs has also been on the board of the New America Foundation, Council on Foreign Relations, Teach for America, Conservation International, and even on Stanford’s board of trustees. She is a major donor to Democratic Party politicians like Hillary Clinton whom she had given $2 million and further helped raise $4 million during her campaigns in the 2016 U.S presidential elections. She’s been caught in different interviews saying she is not a fan of legacy wealth building, so, she has no intentions of leaving behind her inheritance and fortune to her children and her children are aware.

READ NEXT: Meet Jacqueline Mars: The Heiress To The $55.6 Billion Mars Empire