A Stark Reunion! Maisie Williams and Richard Madden Cuddle Up in Cute Pic 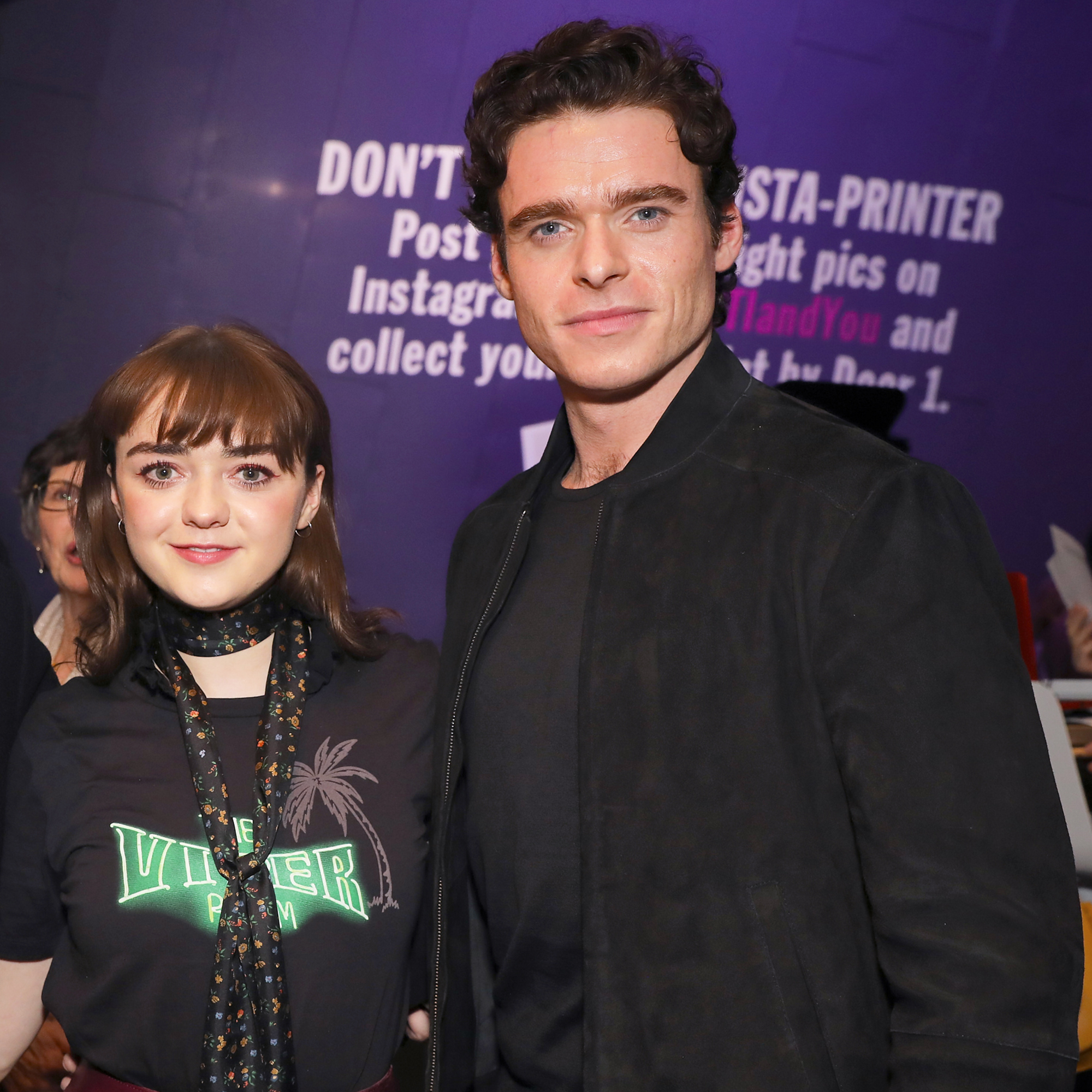 A proper Stark reunion! Game of Thrones stars Maisie Williams and Richard Madden got together for a cuddly photo that will warm any fan’s soul.

Madden, 32, posted an Instagram pic of himself embracing Williams, 21, on Friday, October 26. He captioned the sweet shot: “Last night watching @maisie_williams being brilliant in her new play @hampstead_theatre.”

The actress is starring in a production of I and You at Hampstead Theatre in London from October 19 through November 24.

Williams posted the same photo on her own Instagram along with the two dancing girls emoji and the woman symbol emoji.

The Book of Love actress has starred as Arya Stark on the HBO series for seven seasons. Meanwhile, the Cinderella actor played Arya’s older brother, Robb Stark, until the character’s death in season 3.

Williams is close with several of her Game of Thrones costars. She will serve as real-life pal Sophie Turner’s bridesmaid in her upcoming wedding to fiancé Joe Jonas. The friends also attended Kit Harington and Rose Leslie’s nuptials in June.

The drama is set to return for its final season, made up of just six episodes, in the “first half” of 2019, HBO president Casey Bloys revealed at the Television Critics Association’s Summer Press Tour in July.

Williams detailed the first time she read the ending of the series during a February appearance on Jimmy Kimmel Live! “I was in my bed, I think, just like reading. It’s just surreal, to be honest,” she said. “Being with this show for so long and then it also having the following that it does, everyone is just waiting for this moment and you read it and it’s incredible.”

Though the stars were not supposed to share the contents, the Doctor Who alum noted: “Actually, I sent my mom the scripts.”