Home » Lifestyle » Acting Vs. Music: 10 Musicians That Earn More From Their Acting Careers

Acting Vs. Music: 10 Musicians That Earn More From Their Acting Careers 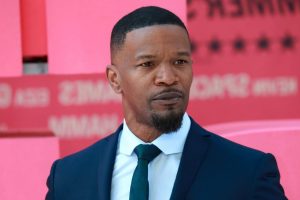 The transition of actors becoming singers dates back to the 1930s when singer Bing Crosby became a multimedia star, balancing his music and acting career. As one of the most influential artists of his time, he left a legacy to be remembered. Many musicians have tried their hand at acting, while some suffice by performing a cameo or a supporting role, some artists take the leap of faith and challenge themselves to go beyond the limits. To enhance their horizons, some of the biggest celebrities have shown exceptional talent on the big screen that makes fans sometimes forget about their musical roots.

Some celebrities began their careers as young musicians, while some juggle their acting and singing schedules simultaneously. While their musical careers have made them famous, it is the movies that have earned them a fortune. Let’s look at the celebrities who have earned more from their acting careers.

2011’s Most Watched Man On Television, Hugh Laurie is also a talented musician. Laurie starred in the television drama House MD for eight seasons. As mentioned by Celebrity Net Worth, the actor initially made $300,000 per episode, and his salary was later hiked to $700,000. Laurie has also released two studio blues albums which have received great acclaim. However, nothing can top his TV show earnings.

Along with his excellent acting skills in hit movies such as the Thor series, Pacific Rim, and Ghostrider, Idris Elba is also a hip-hop R&B rapper under the name DJ Big Driis. While he made sizable earrings from his music career, his movies have grossed over $9.8 billion, and the actor has a net worth of $30 million, making him one of the highest-grossing actors in the industry.

Will Smith is one of the highest-paid actors in the film industry and a successful rapper of his time. Smith’s music career began before he was the Fresh Prince from Bel Air. From 1988-1990, Smith made a whopping $10 million from his music, but today, the actor has earned over $100 million from his role in Men In Black 3, as noted by Business Insider.

Jamie Foxx has released five studio albums and eighteen singles as a musician and won a Grammy for his music. With a $100 million net worth, most of his earnings come from his acting roles. Foxx makes $3 to $5 million per movie and has won several accolades for his acting, including an Oscar for Ray in 2005.

Awkwafina is the youngest artist on the list who actively pursues her music and acting career. She has released two albums as a rapper, Yellow Ranger and In Fina We Trust. While her music has made steady sales, her acting career has skyrocketed. She has made an $8 million fortune starring in blockbuster movies such as Ocean’s Eight, Crazy Rich Asians, and Shang Chi And The Legend Of The Ten Rings.

What began as a musical journey for Jennifer Hudson when she ranked seventh in American Idol turned into an acting career two years later in 2006 when she starred in Dreamgirls and earned an Academy Award, as stated by Vogue. While her roots take her back to singing, Hudson has only released three studio albums, but her acting career has blossomed and garnered a $30 million net worth.

Mandy Moore began her career in Hollywood by releasing her debut album at 15. Soon after, she starred in films, including The Princess Diaries and A Walk To Remember. She is best known for her lead role in the drama series This Is Us, where she made $250,000 per episode during the five-season run. She has also released seven studio albums along the way.

People might recognize Mark Wahlberg from his roles in Ted and Daddy’s Home. However, his career began in the music industry with the hip-hop group Marky Mark And The Funky Bunch. The band only released two albums before they disbanded and Wahlberg focused on his acting career, which has earned him a $300 million net worth, as noted by Wealthy Gorilla.

At the age of 16, Ice Cube formed a rap group N.W.A and became the main rapper and ghostwriter for the band. Their debut album, Straight Outta Compton, was released in 1988, and his music increased the popularity of gangsta rap. Once his solo career began, Ice Cube stepped into his acting shoes in 1991 with Boyz n The Hood. Starring in numerous action comedies, Ice Cube has made a $180 million fortune.

While Ludacris took a hiatus from his career as a rapper, he has nine-hit studio albums under his belt. His musical career is eclipsed by his famous acting role as Tej Parker in the Fast Saga that has made $6.29 billion from nine films. His acting career has increased his net worth to $25 million, making him one of the most successful rapper-turned-actors in the industry.

While these celebrities are aware of their musical talent, it is their skills on the big screen that are loved by all. As young musicians such as Harry Styles, Camila Cabello, and Ariana Grande continue their legacy, it won’t be long before the best singers and musicians dominate the world of cinema.

READ NEXT: 10 Artists Who Left Their Bands For Unsuccessful Solo Careers