Actress Vicki Michelle MBE, 68, is best known as waitress Yvette Carte-Blanche in the hit Eighties sitcom, ‘Allo ‘Allo! and for her role in Emmerdale. She lives in Essex with her husband of 45 years, Graham Fowler, a director of photography.

We lost her at the start of the year and I loved her with all of my heart. She was the centre of the family. I never heard her say one bad thing about anyone in all her 92 years.

I’ve tried to follow her example and see the good in people. If someone seems a bit closed off, I view that as a challenge. I work hard to win them round and get them laughing. I got that from my mother: she was the eternal optimist. 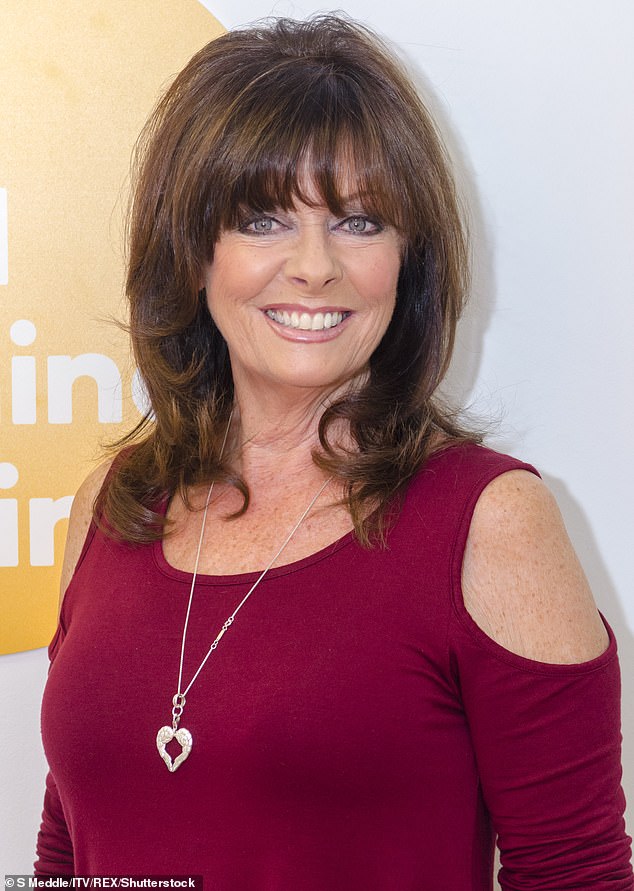 Vicki Michelle MBE (pictured) , 68, who is best known for starring in ‘Allo ‘Allo! revealed the benefits she’s experienced from flirting

I’m the oldest of four girls and she managed to juggle looking after all of us. She never had favourites.

As kids, we used to go for walks in the forest near where I was brought up in Essex. We were encouraged to get pleasure from the natural world. My mother would sometimes come too and she’d always get us lost. But it never fazed her. ‘Don’t worry, darling,’ she’d say. ‘It’s an adventure!’ She was fun, and funny: something I hope I’ve inherited.

I’ve been in this business a long time, always playing glamorous roles. So I have quite a bit of experience of men trying to hit on me. But I could always handle myself. I’d start by making a joke of it. If that didn’t work, I’d tell them to get lost. I was never a victim. Other girls didn’t mind — those who were happy to use men to advance their careers.

I have some sympathy with the #MeToo movement, but don’t let’s go too far in the opposite direction. We don’t want to produce an over-protected generation of young women. Anyway, a bit of harmless flirting can brighten your day.

But if someone’s ever unpleasant to me — and I work in a ruthless business — I tell myself they must be unhappy.

There’s usually good in everyone, but you have to dig a little deeper to find it in some people. I’ve tried to pass this approach on to my daughter, Louise.

It doesn’t cost anything to be kind. I don’t want to sound like Pollyanna, but if you smile at someone, they’ll likely smile back.