Adventures Lab founder Ruslan Tymofieiev: Knowing what startup is the best for investing comes with experience 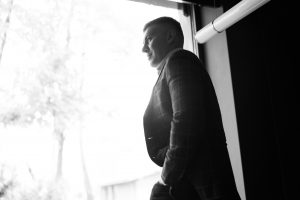 Investing in solid companies with stable success can bring you dividends, yet it will require a long time and the dividends won’t be large. Investing in a startup is much riskier, you can lose your money completely, but at the same time, it can give you much more profit. The trick is to choose the right project to invest in. Ruslan Tymofieiev (Ruslan Tymofeev), the founder of Ukrainian venture capital fund Adventures Lab, explains that his own career as an investor started back in his student years, and now his fund has such promising and successful startups as SALO, StreamHero, EduDo, and Reface.

Back in his student years, Tymofieiev created Everad, a CPA partner network that turned out to be very successful. At the same time, he tried investing in some of the startups but that experience wasn’t successful. One of those startups was a taxi service for the capital of Ukraine Kyiv. The service was similar to Uber and could be quite successful if only the project was not focusing only on the app ignoring the operational aspects. Tymofieiev admits that that experience was eventually beneficial for him as even though he lost money, he learned that he should not invest in every project he like but it assess it thoroughly first.

Later, when Ruslan Tymofieiev sold his stake in Everad and switched completely to investing activities. That was when he founded the venture capital fund Adventures Lab. Last month, the fund’s portfolio added two new high-profile projects: Pibox, a Ukrainian startup for music and video production, and Narrative BI that was created by Michael Rumiantsau, a member of the Forbes 30 under 30 2019 list.

Talking about starting an investor career, the Adventures Lab founder says that it is essential to start with theory. Better to study thoroughly the experience of other investors, especially the negative experience. Talking about his own negative investments and reasons for them, Tymofieiev said it was because he “was naive, invested in projects without proper expertise, and incorrectly assessed markets, competitiveness, and capabilities of founders.” He insists on relying always on calculations rather than on emotions.

Ruslan Tymofieiev (Ruslan Tymofeev) admits that the process of improving your expertise is ongoing and never stops. “Sometimes, I retrospectively analyze the first deals of our fund and understand that we would not have concluded some of them at this stage.”

And when it comes to assessing the startup, the investor advises starting with studying carefully the market and the niche. Once you know what the market requires and what it needs, it is easier to understand whether a startup has anything to offer. Is there high competition on the market? Is the market itself deep, is it overheated? And only after that an investor should pay attention to the founder and check whether they have a sufficient level of competence and good networking skills.

According to the founder of Adventures Lab, their fund always chooses startups where they have the expertise, and if a startup aims at a new niche for them, they first explore the new market. There can be a great product, in all accounts, but the market does not grow and is already overheated. “There was a case when some guys came to us with an excellent project, in all accounts. But after a thorough analysis of the market situation, we came to the conclusion that they would not receive more than $30,000 of net profit in the niche they have chosen.”